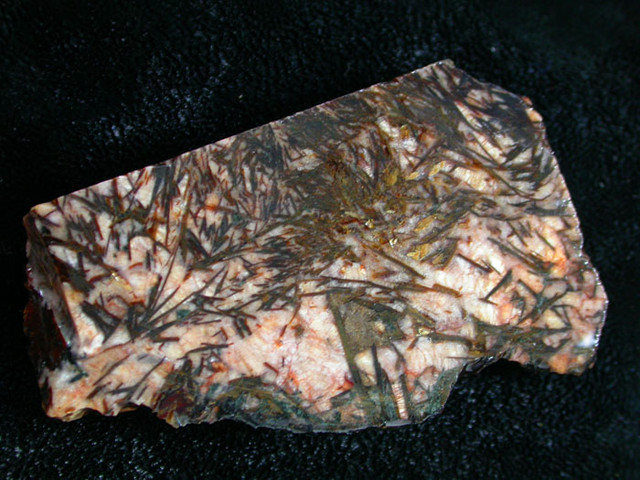 This is a natural untreated slab ready for polishing.Due to the different hardness of the two materials we recommend treating the stone with opticon or resin to get a good polish.Mined in the Kola pensulia Russia

Note we have taken the photo with the stone wet to give you a idea how it will look polished. We have also taken a photo of both sides of the slab.

Astrophyllite is a very rare, brown to golden-yellow hydrous potassium iron titanium silicate mineral. Belonging to the astrophyllite group, astrophyllite may be classed either as an inosilicate, phyllosilicate, or an intermediate between the two. It forms an isomorphous series with kupletskite, to which it is visually identical and often intimately associated. Astrophyllite is of interest primarily to scientists and collectors.

Heavy, soft and fragile, astrophyllite typically forms as bladed, radiating stellate aggregates. It is this crystal habit that gives astrophyllite its name, from the Greek words astron meaning “star” and phyllon meaning “leaf”. Its great submetallic gleam and darkness contrast sharply with the light (felsic) matrix the mineral is regularly found within. Astrophyllite is usually opaque to translucent, but may be transparent in thin specimens.

As the crystals themselves possess perfect cleavage, they are typically left in stead, the entire aggregate often cut into slabs and polished. Owing to its limited availability and high cost, astrophyllite is seldom seen in an ornamental capacity. It is sometimes used in jewellery where it is fashioned into cabochons.

Found in cavities and fissures in unusual felsic igneous rocks, astrophyllite is associated with feldspar, mica, titanite, zircon, nepheline, and aegirine. Common impurities include magnesium, aluminium, calcium, zirconium, niobium, and tantalum. It was first discovered in 1854 at its type locality; Laven Island, Norway. Interestingly, kupletskite was not known until 1956, over a hundred years later. 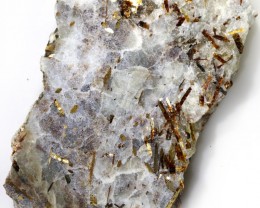 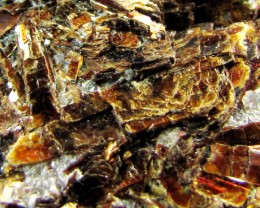 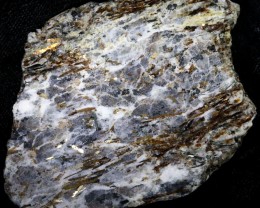 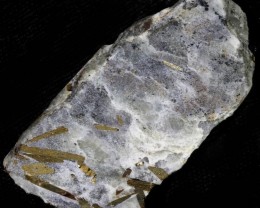 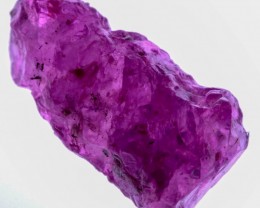 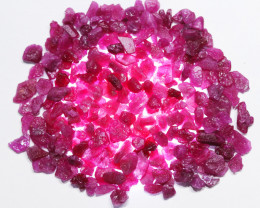 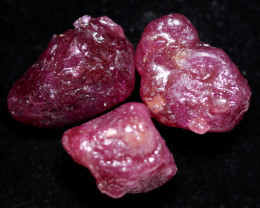 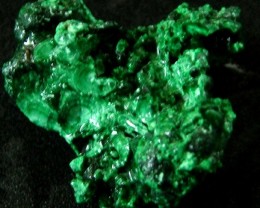 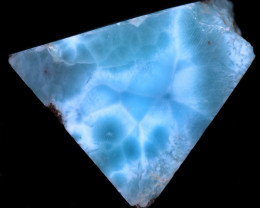 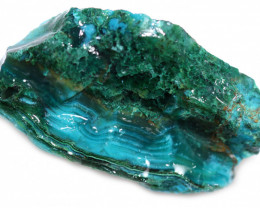