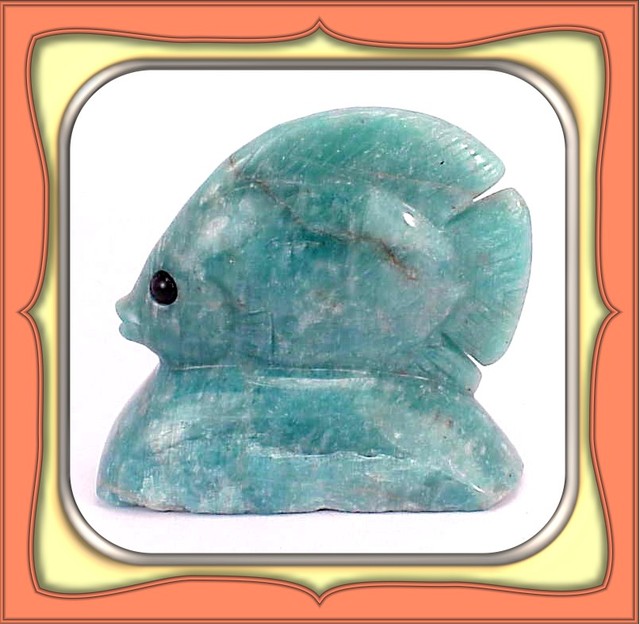 Material is from Zambia and has a nice Blue Green color and is carved into a Tropical fish Weighing 262.0 carats and measuring approx: 51.5 x 25.0 x 44.6mm. Amazonite is a rare blue-green variety of microcline (a feldspar mineral) used as a semiprecious stone. Its brilliant color was once thought to be caused by copper, but now is attributed to the presence of lead or possibly iron. Amazonite is an opaque stone, often found with white, yellow or gray inclusions and a silky luster or silvery sheen. It takes a relatively good polish, but still maintains a somewhat raw, natural texture that makes it even more appealing to many people. Its name is derived from the Amazon River, although no deposits have been found there. The ancient Egyptians and other Middle Eastern cultures made items from amazonite. It also has been found among artifacts of Pre-Columbian Central and South America.
WE SHIP FAST!! 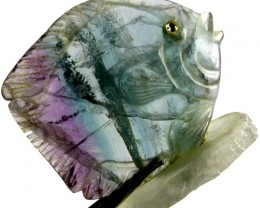 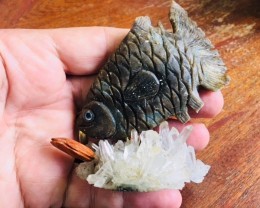 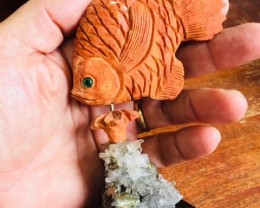 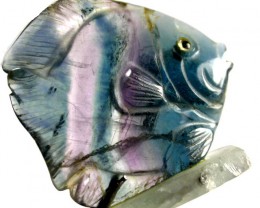 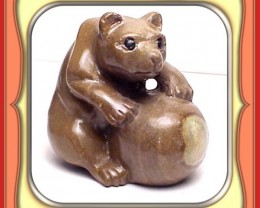 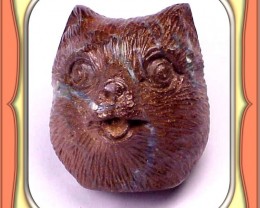 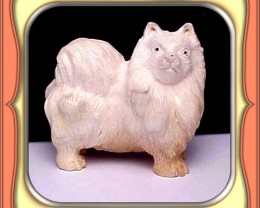 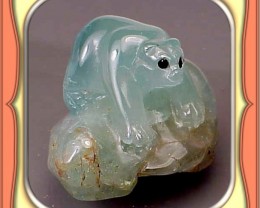 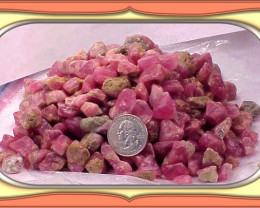 This is not even close to 'Ortiz' quality. I get this quality locally for $8-$10 a pound. Your picture is very misleading. 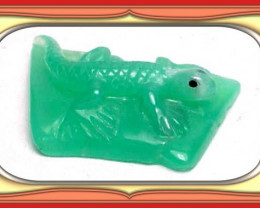