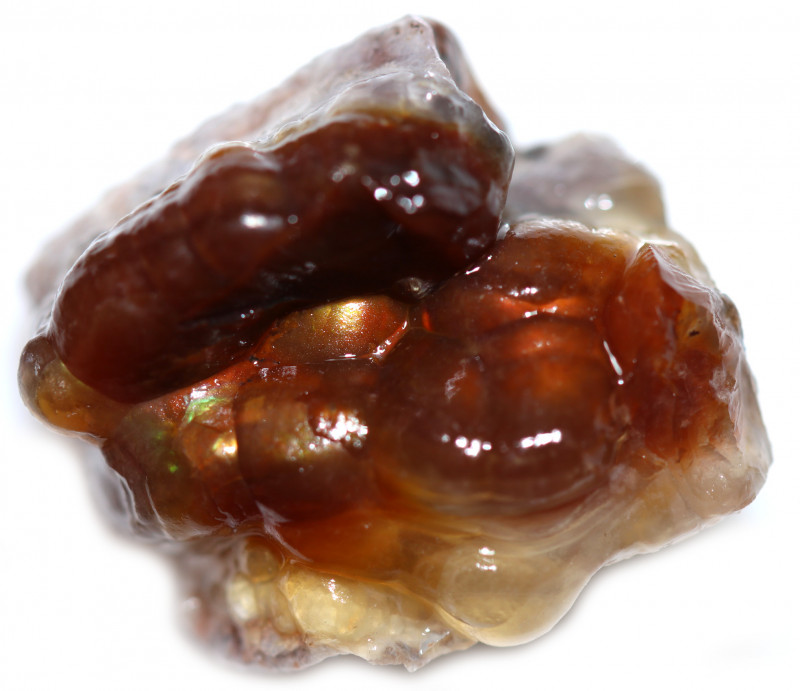 This is a natural untouched specimen of a fire agate from Mexico. it is unusual in that when the host rock was hit it broke away from the chalcendony leaving the unusual formation that your see here.

We have taken the photo wet.
The weight and size is app.

These stones were mined in Mexico but it is found in Arizona also.The stone appears to glow inside like opal.The gem is thought to be formed when hot water saturated with silica and lava oxide invade cavities in the rock and cool.Chalcendony with iron oxide begin to grow on the surface.The iron oxide gives the basic brown colour to the stone.It grows layers of silica and iron oxide. These alternating silica and iron oxide cause the brilliant fire from the stone.After the iron oxide ran out of the specimen colourless chalcedony continued to grow over it. 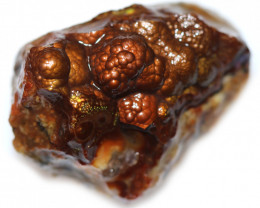 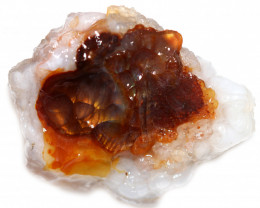 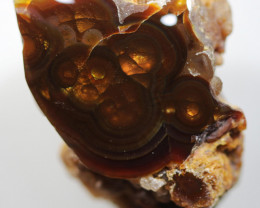 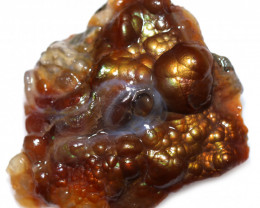 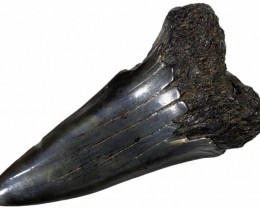 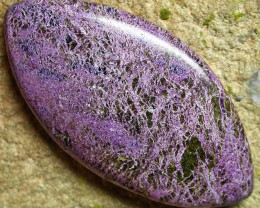 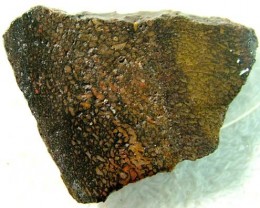 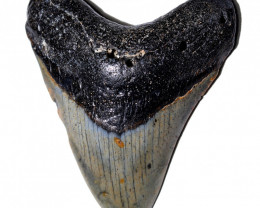