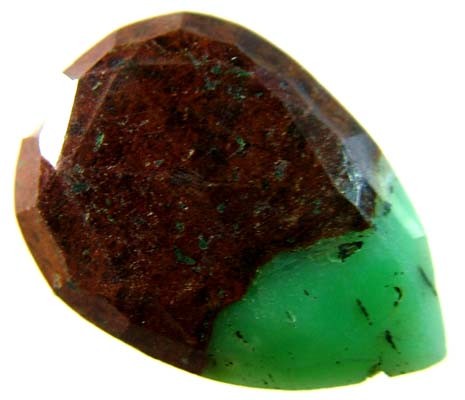 . Chrysoprase or chrysophrase is a gemstone variety of chalcedony  fibrous form of quartz) that contains small quantities of nickel. Its color is normally apple-green, but varies to deep green. It is cryptocrystalline, which means that it is composed of crystals so fine that they cannot be seen as distinct particles under normal magnification.Due to its comparative scarcity and pleasing green color, chrysoprase is one of the most prized varieties of quartz. Higher quality specimens often rival fine jade, for which it is sometimes mistaken.In the Australian deposits, chrysoprase occurs as veins and nodules with brown goethite and other iron oxides in the magnesite-rich saprolite below an iron and silica cap.

THIS SPECIMEN IS IDEAL FOR A PENDANT AS IT HAS BEEN DRILLED EAST WEST ON THE TOP.CONTAINS SOME OF THE NATURAL HOST ROCK IT WAS FOUND IN.PICTURE ARE OF BOTH SIDES OF THE STONE-VERY APPEALING STONE. 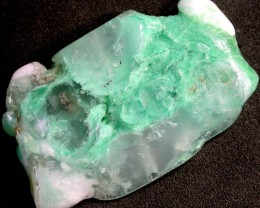 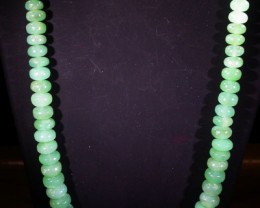 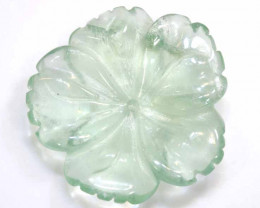 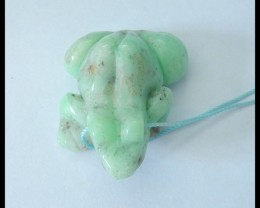 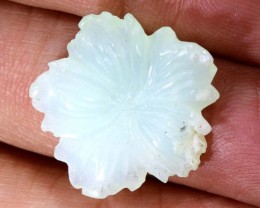 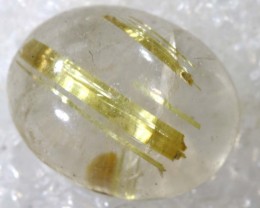 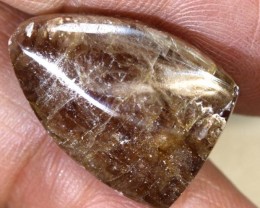 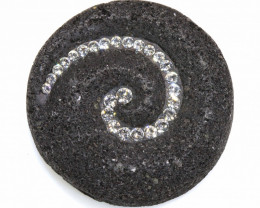 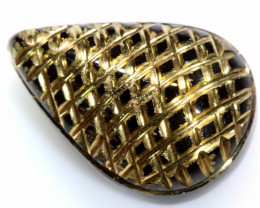 photos don't do it justice 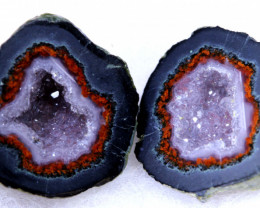