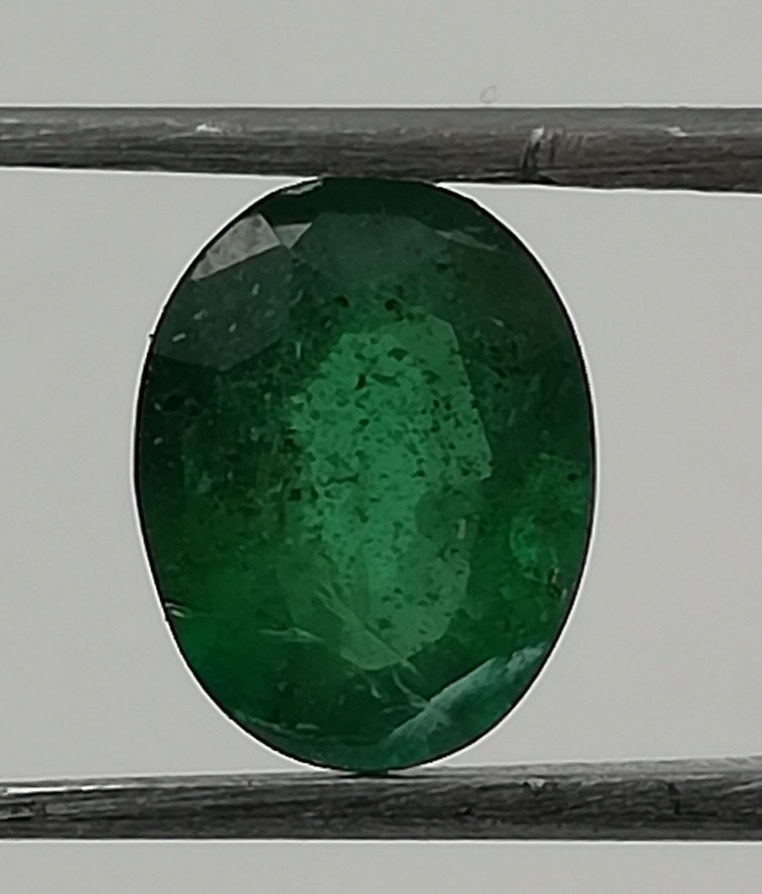 Emerald is a gemstone and a variety of the mineral beryl (Be3Al2(SiO3)6) colored green by trace amounts of chromium and sometimes vanadium. Beryl has a hardness of 7.5–8 on the Mohs scale. Most emeralds are highly included, so their toughness (resistance to breakage) is classified as generally poor. Emerald is a cyclosilicate.

The word "emerald" is derived (via Old French: esmeraude and Middle English: emeraude), from Vulgar Latin: esmaralda/esmaraldus, a variant of Latin smaragdus, which was borrowed via Ancient Greek: σμάραγδος (smaragdos; "green gem") from a Semitic language.

Emeralds, like all colored gemstones, are graded using four basic parameters–the four Cs of connoisseurship: color, clarity, cut and carat weight. Normally, in the grading of colored gemstones, color is by far the most important criterion. However, in the grading of emeralds, clarity is considered a close second. A fine emerald must possess not only a pure verdant green hue as described below, but also a high degree of transparency to be considered a top gemstone.

In the 1960s, the American jewelry industry changed the definition of emerald to include the green vanadium-bearing beryl. As a result, vanadium emeralds purchased as emeralds in the United States are not recognized as such in the UK and Europe. In America, the distinction between traditional emeralds and the new vanadium kind is often reflected in the use of terms such as "Colombian emerald".

In gemology, color is divided into three components: hue, saturation, and tone. Emeralds occur in hues ranging from yellow-green to blue-green, with the primary hue necessarily being green. Yellow and blue are the normal secondary hues found in emeralds. Only gems that are medium to dark in tone are considered emeralds; light-toned gems are known instead by the species name green beryl. The finest emeralds are approximately 75% tone on a scale where 0% tone is colorless and 100% is opaque black. In addition, a fine emerald will be saturated and have a hue that is bright (vivid). Gray is the normal saturation modifier or mask found in emeralds; a grayish-green hue is a dull-green hue.

Emeralds tend to have numerous inclusions and surface-breaking fissures. Unlike diamonds, where the loupe standard, i.e. 10× magnification, is used to grade clarity, emeralds are graded by eye. Thus, if an emerald has no visible inclusions to the eye (assuming normal visual acuity) it is considered flawless. Stones that lack surface breaking fissures are extremely rare and therefore almost all emeralds are treated ("oiled", see below) to enhance the apparent clarity. The inclusions and fissures within an emerald are sometime described as jardin (French for garden), because of their mossy appearance. Imperfections are unique for each emerald and can be used to identify a particular stone. Eye-clean stones of a vivid primary green hue (as described above), with no more than 15% of any secondary hue or combination (either blue or yellow) of a medium-dark tone, command the highest prices. The relative non-uniformity motivates the cutting of emeralds in cabochon form, rather than faceted shapes. Faceted emeralds are most commonly given an oval cut, or the signature emerald cut, a rectangular cut with facets around the top edge.

Emeralds in antiquity were mined in Egypt at locations on Mount Smaragdus since 1500 BCE, and India, and Austria since at least the 14th century CE. The Egyptian mines were exploited on an industrial scale by the Roman and Byzantine Empires, and later by Islamic conquerors. Mining ceased with the discovery of the Colombian deposits; only ruins remain.

Colombia is by far the world's largest producer of emeralds, constituting 50–95% of the world production, with the number depending on the year, source and grade. Emerald production in Colombia has increased drastically in the last decade, increasing by 78% from 2000 to 2010. The three main emerald mining areas in Colombia are Muzo, Coscuez, and Chivor. Rare "trapiche" emeralds are found in Colombia, distinguished by ray-like spokes of dark impurities.

Zambia is the world's second biggest producer, with its Kafubu River area deposits (Kagem Mines) about 45 km (28 mi) southwest of Kitwe responsible for 20% of the world's production of gem-quality stones in 2004. In the first half of 2011, the Kagem Mines produced 3.74 tons of emeralds.

Emeralds are found all over the world in countries such as Afghanistan, Australia, Austria, Brazil, Bulgaria, Cambodia, Canada, China, Egypt, Ethiopia, France, Germany, India, Italy, Kazakhstan, Madagascar, Mozambique, Namibia, Nigeria, Norway, Pakistan, Russia, Somalia, South Africa, Spain, Switzerland, Tanzania, the United States, Zambia, and Zimbabwe. In the US, emeralds have been found in Connecticut, Montana, Nevada, North Carolina, and South Carolina. In Canada, in 1997 emeralds were discovered in the Yukon.

One of the quainter anecdotes about emeralds was told by the 16th-century historian Brantôme, who referred to the many impressive emeralds the Spanish under Cortez had brought back to Europe from Latin America. On one of Cortez's most notable emeralds he had the text engraved, Inter Natos Mulierum non sur-rexit mayor ("Among those born of woman there hath not arisen a greater," Matthew 11:11) which referred to John the Baptist. Brantôme considered engraving such a beautiful and simple product of nature sacrilegious and considered this act the cause for Cortez's loss of an extremely precious pearl (to which he dedicated a work, A beautiful and incomparable pearl), and even for the death of King Charles IX of France, who died soon afterward.

The chief deity of one of India's most famous temples, the Meenakshi Amman Temple in Madurai, is the goddess Meenakshi, whose idol is traditionally thought to be made of emerald. 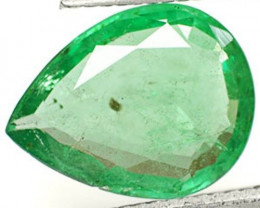 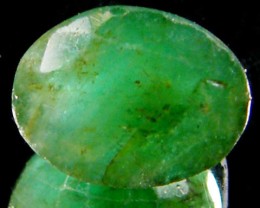 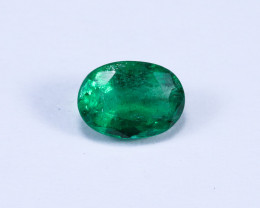 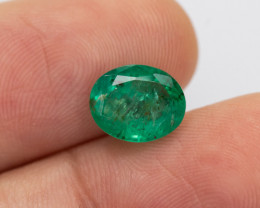 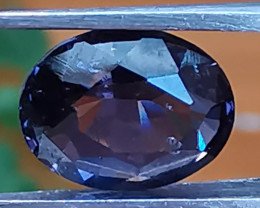 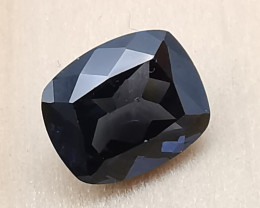 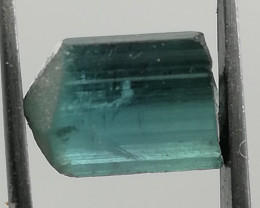 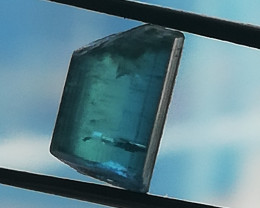 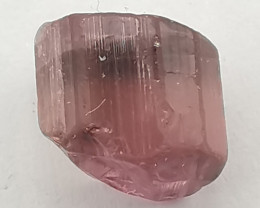 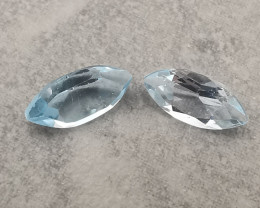