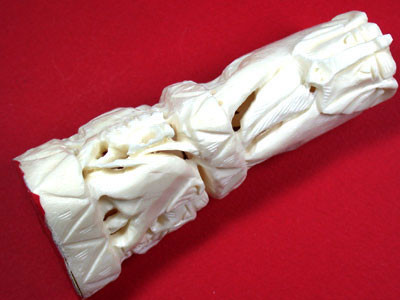 HAND CARVED BY OLD TRADTIONAL CRAFSTMAN WHO SHAPE AND CARVE CAMEL BONES THAT ARE VERY SIMILAR IN TEXTURE TO IVORY.

THIS SCULTURE WAS CAVED BY AN EXPERIENCED CRAFTSMAN

CAMEL BONE IVORY CARVING
> ivory. QUOTE
> Because of merciless killing of this Majestic Animal the world life
> conservaters succeded on International Ban on Ivory trade, and it
> should be! but the most negative aspect of this Ban fallen on the
> master crafts man of IVORY such as sculpturers, engravers and cheslers
> and this magnificent Art was diminishing, among the the Artists of
> this Art the Ivory skilled craftmen are highly regarded among others,
> as ivory could only be handled by a high skilled cratsman due to the
> very brittle nature of Ivory, specially cheseling is the toughest.
> Anyways, Thanks to those Art lovers who came forward to rescue this
> Art and introduce Camel Bones as substitute to an Ivory, no other
> animal bones resembles to Ivory but only the camel bone, its has the
> same lustre and shine as an Ivoy the only diffrence is its more whiter
> in color, this can also be achived through diffrent treaments, but
> only one thing which they cannot do is, if you watch closely the Ivory
> you will see that printed darker shade thin stripes running parelal
> on the tusk and camel bone is plain.
> Those Touists who are travelling to Africa are warned not to purchase
> any Ivory from the pretended black market and if they do 99% chances
> that they will buy camel bone instead of Ivory at the a exorbitant prices.
> Those animal lovers may not think that instead of Elephants we are now
> slaughtering he poor camels, It is not the case the camels meat as
> major food source of most of the population of the world Infect
> insead of wasting them we converted them as a job source for the humans,
> We thank you whole heartedly for you kind patronage and be proud of
> poccessing a beutifull piece of Art.which is yet struggling for its
> survival, but will survive if you wont leave us alone, many thanks for
> your support and please forward this message also to your friends. 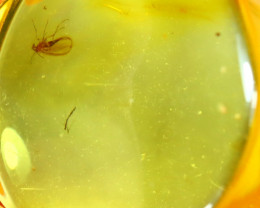 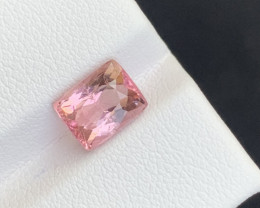 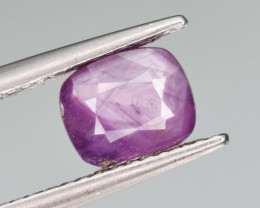 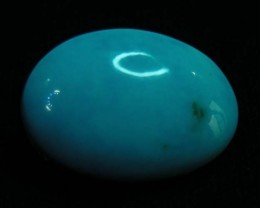 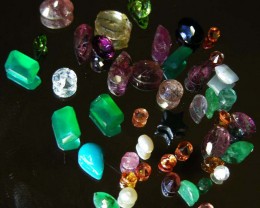 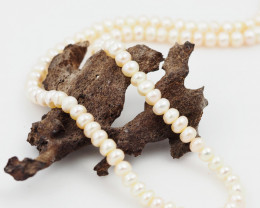 They are more pink in color than I was hoping for.

stars and gems Reply:
you are welcome to return for a refund 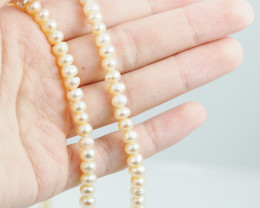 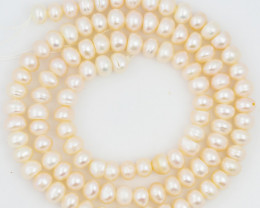 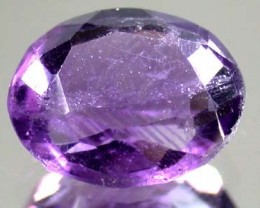