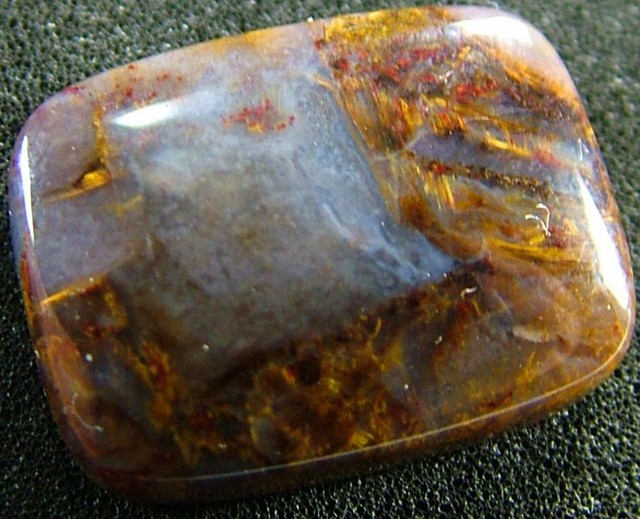 MEMBER OF iNTERNATIONAL COLOURED ASSOCIATION COMMITED TO FULL DISCLOSURE OF STONES WITH A MONEY BACK GUARANTEE.

This is a natural untreated stone from china well polished and ready for setting.

There is a glossy finish  on this stone which reflets the lights we use.

Pietersite Also known as Tempeststone in the Pagan community, was discovered by Sid Pieters in 1962 while he was prospecting some farmland in Namibia, Africa. Currently there are only two known sources of pietersite; China and Africa. These two forms of pietersite are similar but still somewhat different from each other. The Chinese pietersite's fibrous mineral is a magnesium-rich alkalic amphibole. The African (Namibian) variety is mainly crocidolite.

The China form of pietersite is said to have been discovered in 1993, but did not come to market until 1997. This China pietersite exhibits slightly different color variations from Mr. Pieter's original mineral, but both are beautiful and are now universally recognized as pietersite.

The material found in China was formed from a mineral very similar to crocidolite, named torendrikite. Chinese pietersite has striking combinations of gold, red and blue color segments which sometimes also includes a deep golden brown color. Regardless of the source, pietersite will always have brecciated, fibrous bands of blue, gold and/or red tiger eye type fibers in quartz The fibrous structure in pietersite has been folded, stressed, even fractured and/or broken apart via the earth's geologic processes. The fibrous materials have then been reformed and naturally recemented together by quartz. Stones and crystals that go through this process are referred to as brecciated, creating a finished product with multiple colors, hues and superb chatoyancy.

While pietersite has the lovely chatoyancy of tiger eye, it is not found in continuously structured bands or fibers, more in swirls, swathes and fibrous (sometimes linear) segments. Thus the structure of the fibrous streaks in pietersite may appear rather chaotic, and can flow or exist in many directions side-by-side like bold paint strokes.

Colors include various blues, golds and reds, that may appear together or alone. Blue is the rarest color, followed by red. The blues range from a baby blue to dark midnight hue. Golds can be light to very deep and rich, sometimes having a reddish hue. All fibrous color variations will have a superb and striking chatoyancy, the bright and subtly changing shimmer of color that moves along the surface of a gemstone as it is viewed from varying angles. 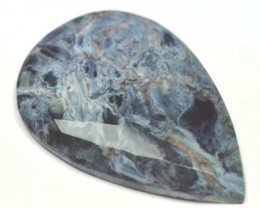 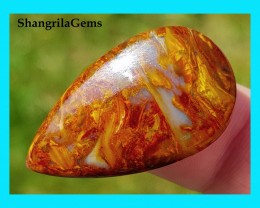 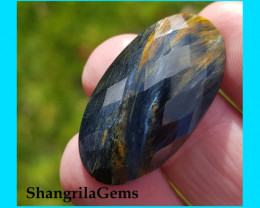 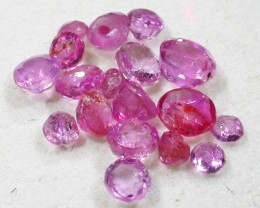 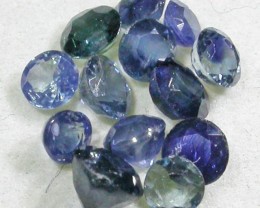 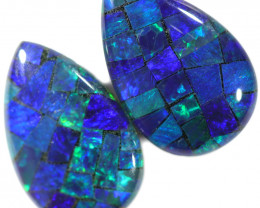 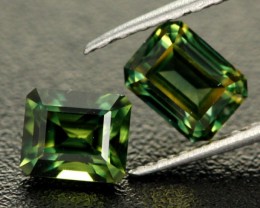