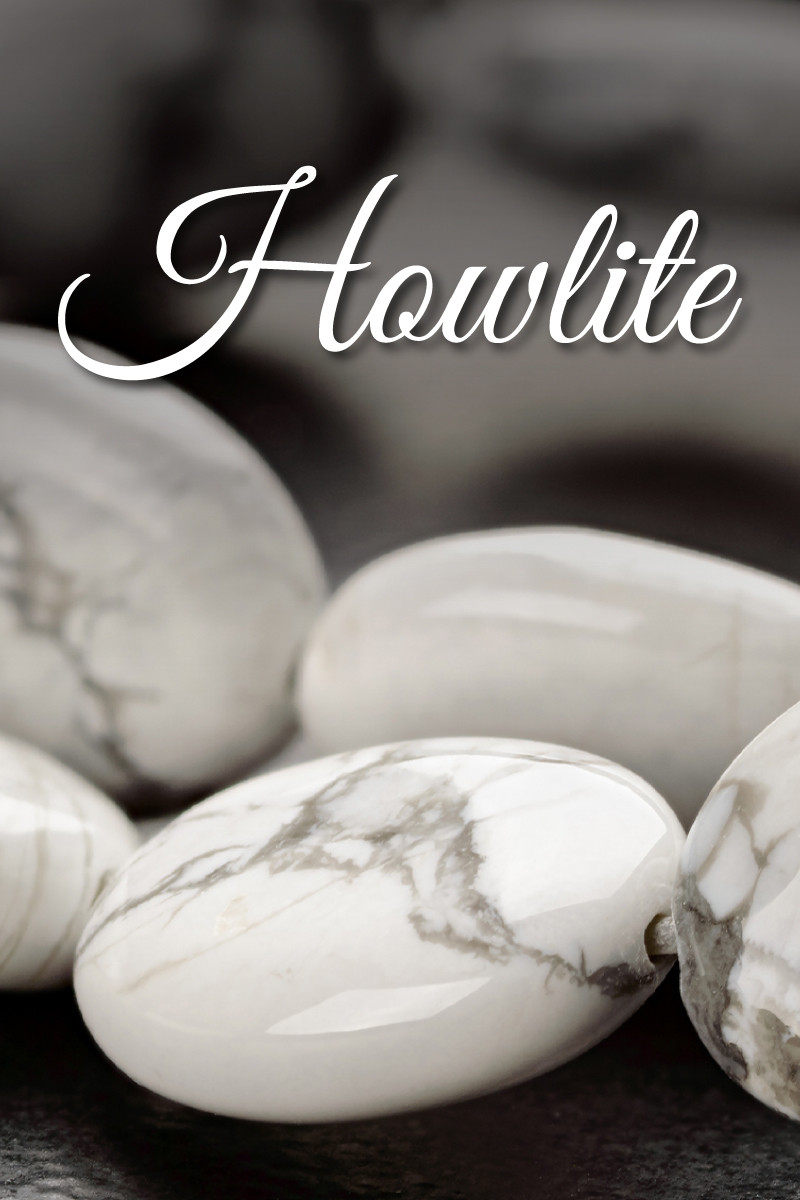 Howlite is a white or light gray gemstone usually displaying gray, black, or brown marble-like patterns. At first glance, you may mistake real howlite for white marble — but howlite brings a whole new hand of cards to the table.

Howlite joins labradorite, IMAX, and basketball as one of many discoveries we can thank Canada for! First discovered in Nova Scotia, howlite crystals from Canada are still the finest in the world.

Is howlite stone rare? Nope, howlite is an abundant mineral and easy to get!

Okay, but is howlite a real gemstone? Absolutely! Dyed howlite is commonly sold as other gemstones, but natural howlite is a genuine gemstone, not just material used for imitations. 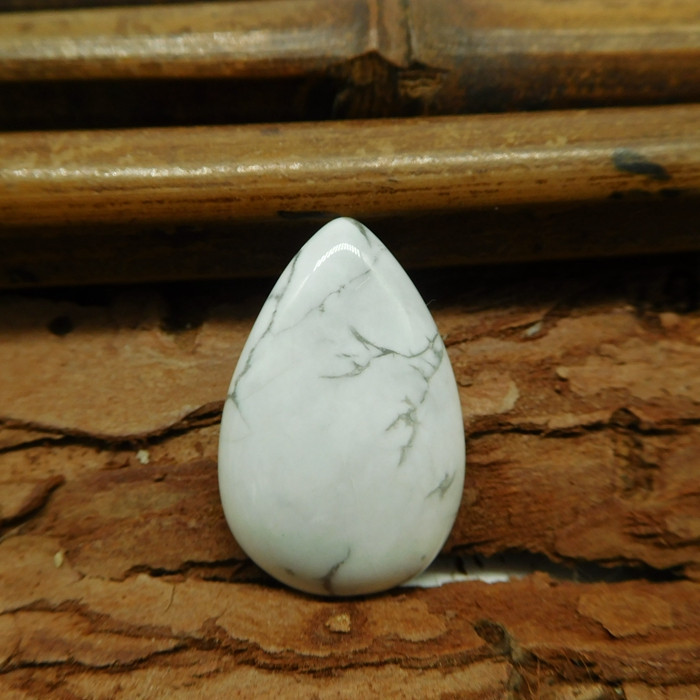 About the Howlite Stone

Howlite is a semi-precious gemstone commonly used to create carvings, decor, and jewelry. You can distinguish it by its chalky cream or grayish-white color and dark, web-like veins that may resemble cracks.

Astrology enthusiasts may have noticed Virgo and Gemini are both ruled by Mercury. However, howlite is more connected with the moon than Mercury, as the stone shares the moon’s calming, emotional attunement.

On to the geological side of howlite properties!

Howlite has a chemical composition of silicon, boron, and calcium. Because of the silicon present, some would classify howlite as a silicate mineral, but most classify it as a carbonate-class borate mineral.

Most borate minerals are rare, making abundant and commercially mined howlite unique. On the Mohs mineral hardness scale, howlite ranks at 3 to 3.5, similar to calcite or platinum.

What is the natural color of howlite? Howlite is naturally white to light gray, but you’ll often see it dyed in other colors, so let’s discuss that more below. 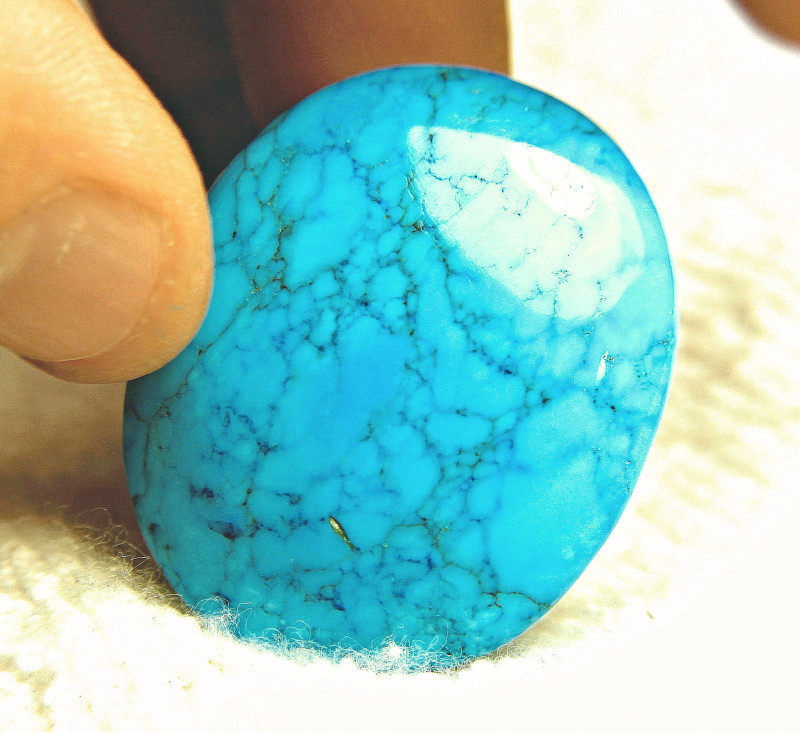 Howlite is often confused for similar-looking minerals like kaolinite or white jasper, sometimes called “howlite jasper” by error. However, howlite is better known for being dyed to imitate rarer gems like turquoise, lapis lazuli, or red coral.

So wait, is howlite white buffalo? Technically no, as the two differ in composition and fluorescence. However, howlite carries some of white buffalo’s metaphysical meanings, which we’ll cover in a bit!

Before we do that, you can find the rest of howlite’s mineral properties listed below! 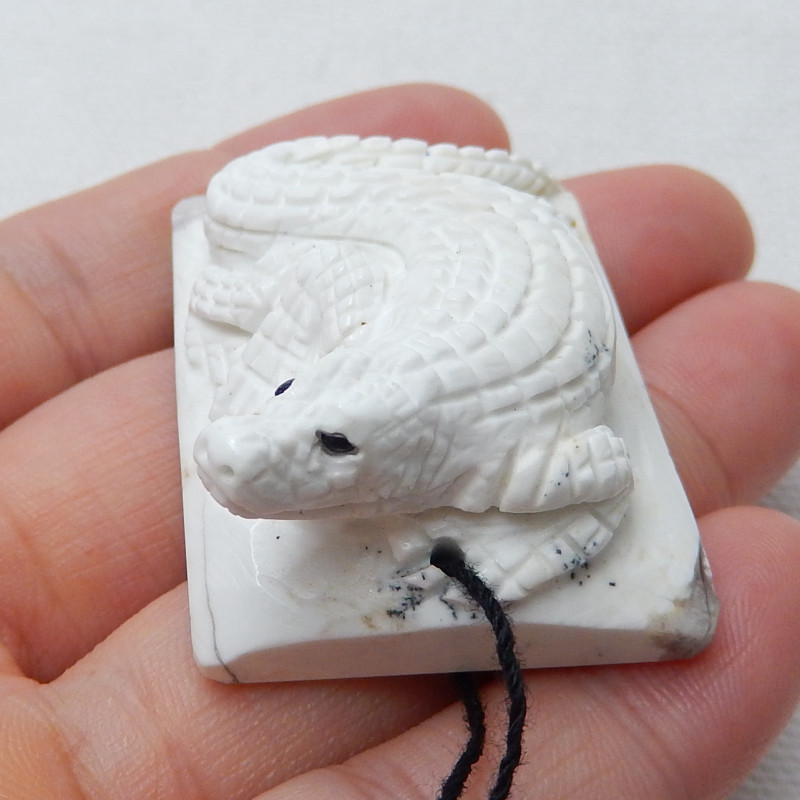 Beyond the mineral side, what does howlite symbolize? 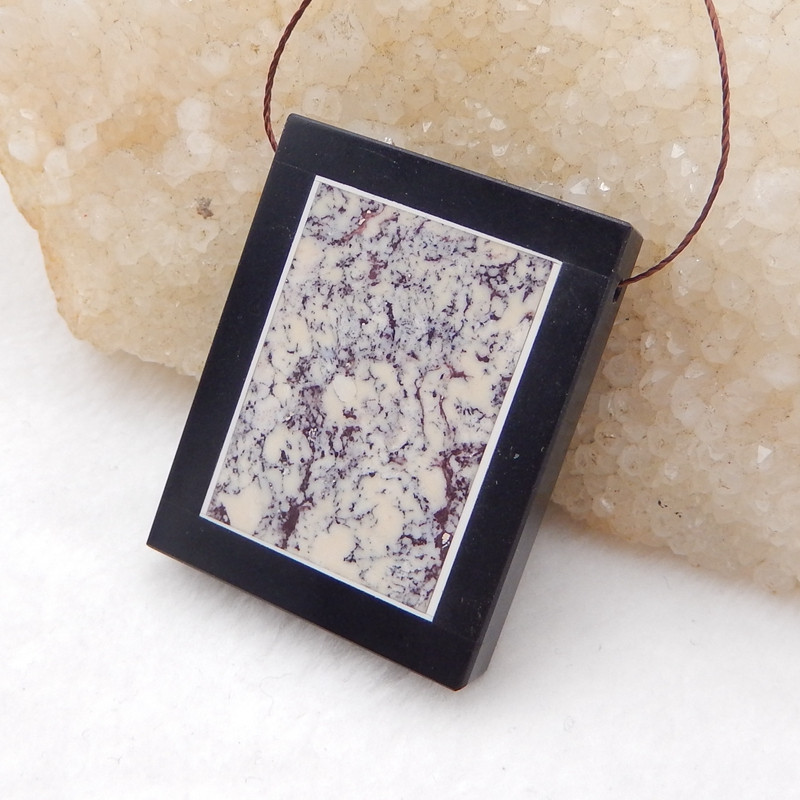 As far as howlite’s spiritual meaning, white howlite symbolizes compassion, warmth, and open-minded thinking. Another howlite crystal meaning is one of purity and virtue.

As mentioned, the white howlite meaning is often associated with white buffalo stone. White buffalo stone is a gem mined in Nevada, with spiritual significance to Native Americans, particularly the Lakota Sioux.

In Native American traditions, a white buffalo’s birth is the most meaningful prophetic symbol, signifying hope and prosperity on the horizon.
Given howlite’s crystal benefits, we’d say hope and prosperity are near with white howlite! So, what does howlite do in crystal healing? 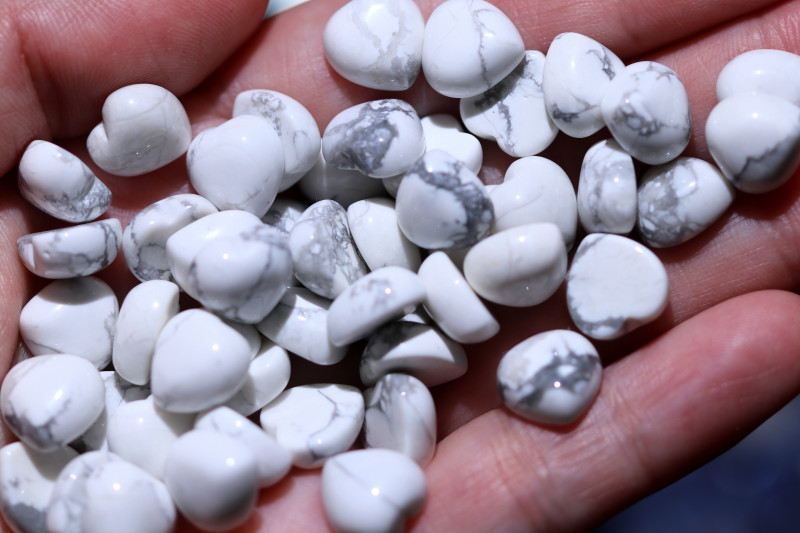 Like the properties of other blue gemstones, dyed blue howlite healing properties can bring bravery, truth, and stronger intuition.

What are the howlite benefits for physical, emotional, and chakra healing?

Howlite crystal properties for physical healing can include:

Treated blue howlite is also said to improve memory, particularly dream recall. You can also use blue howlite to help you focus during meditation and stay calm when communicating. 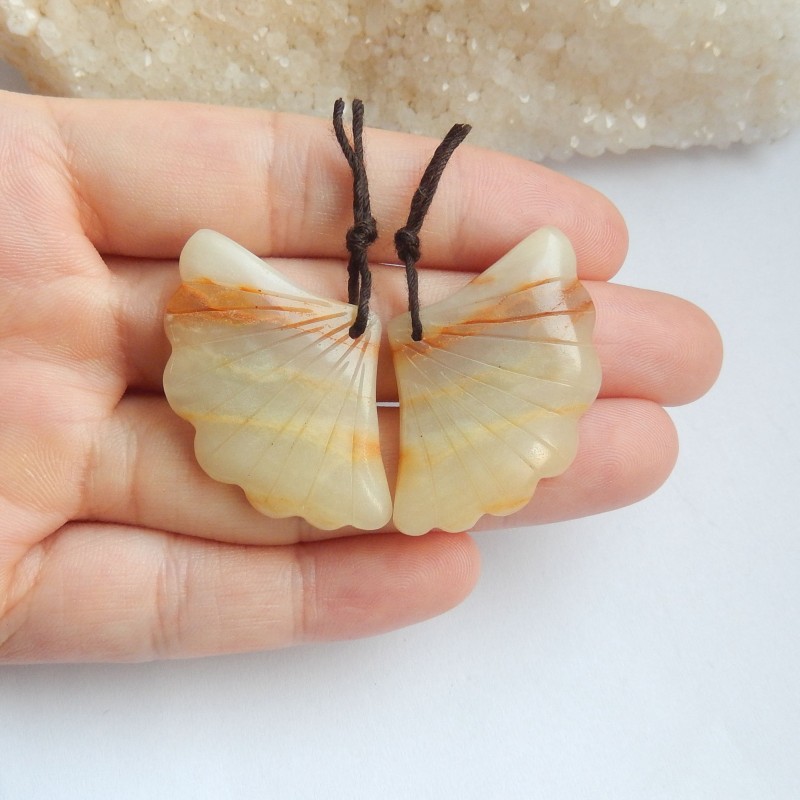 Emotionally, howlite stone benefits anyone with an overactive mind, reportedly bringing greater levels of peace by helping you slow down to clear your head.

If you find yourself prone to angry outbursts or at the whim of others’ outbursts, howlite can help by lessening anger and absorbing negativity directed at you. Other reported emotional howlite gemstone benefits include reducing self-centered thinking, raising self-awareness, and encouraging patience.

Our chakras are our energy centers, balancing our bodies and emotions. You can practice howlite chakra healing for the crown chakra. The crown chakra, the swirling halo above your head, represents your connection to the broader spiritual realm.

Speaking of wisdom, how do you know you’re paying the right price for howlite? Know which gemstone properties to look for! 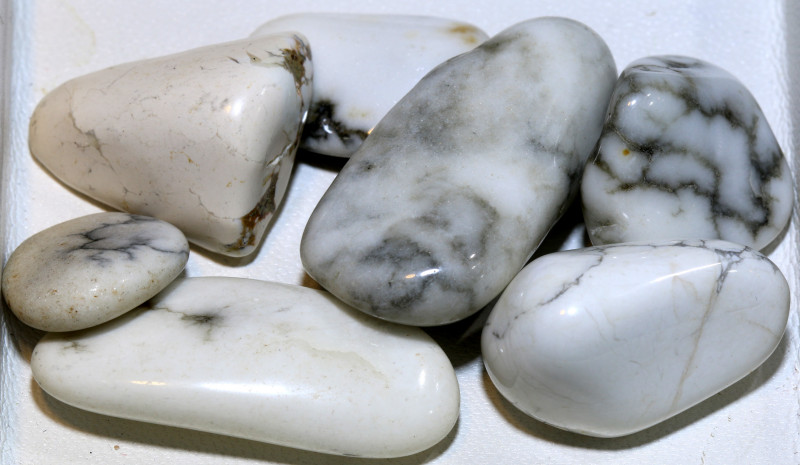 Determining a gemstone’s value requires an expert evaluation of its gemstone properties, which may differ from one stone to the next.

For howlite, the key factors include its color, cut, clarity, and treatments.

Natural howlite color is typically chalky or milky white, though it can be light gray, with black, gray, or dark brown veining. Typically, the veins seen are part of the host rock, the rock howlite grows around, forming a matrix (a fine-grained rock with larger-grained crystals nested within it, often forming veins or patterns).

However, howlite may not have a matrix, displaying a solid white coloring. You can also dye howlite any color imaginable. The most common color for dyeing howlite is robin’s egg blue. 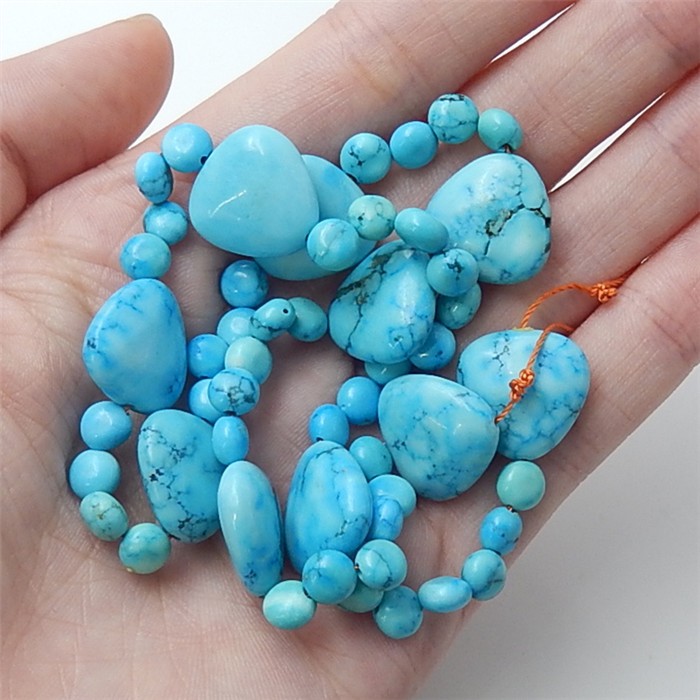 Other common cuts for howlite decor include spheres, ovals, egg shapes, and more. More intricate carvings like skulls, animals and other figurines are also common.

Clarity, defined as the amount and visibility of inclusions in a gem, is not as crucial as other factors to howlite’s value, but we should still discuss it.

As an opaque gemstone, howlite doesn’t fall into a colored gemstone clarity category. Howlite can form transparent crystals, but these are exceptionally rare and would likely fall under Type III clarity. 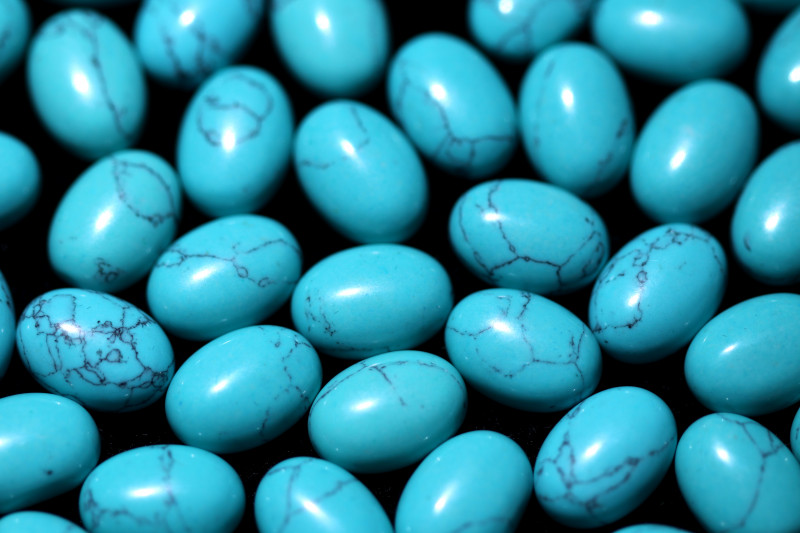 Darker blue dye used for howlite treatments can create a lapis lazuli imitation, while red dye can imitate red coral. Howlite may receive a resin coat after dyeing to help seal and hide the dye, along with increasing durability. 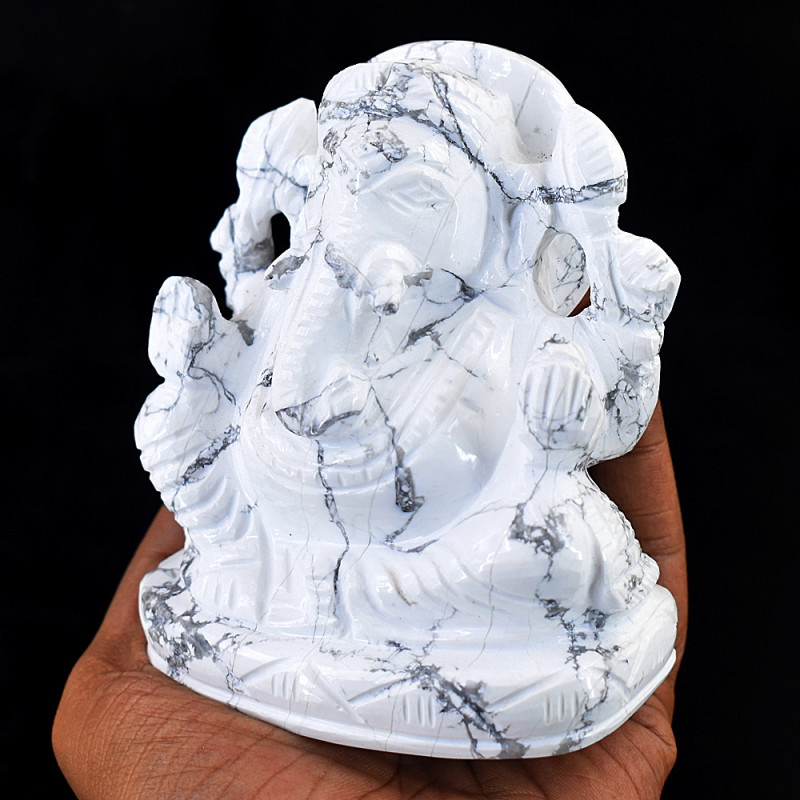 Howlite’s history began in 1868 in Nova Scotia, Canada. The town of Windsor is known for being surrounded by gypsum deposits, and during the 1800s, miners worked on huge deposits containing gypsum, anhydrite, and salt.

Nearby at King’s College, Canadian chemist, geologist, and mineralogist Henry How taught natural history. When miners found something abnormal, they’d call in How.

In 1868, miners told How about a new material in their quarry that was making gypsum mining more difficult, as it hindered the gypsum’s quality. Upon testing a sample, How discovered that it was a new mineral, calling it silico-boro-calcite.

Not much later, American geologist and mineralogist James Dwight Dana produced and published descriptions of every known mineral. When adding How’s discovery, Dana changed its name to “howlite.”

More howlite showed up at a different gypsum deposit a few years after the first discovery. How described these new specimens as white nodules “as large as a man’s head” in his reports.

Fast forward to the mid-1900s, and more howlite appeared in Nova Scotia. However, this time, they were tan, brown, or colorless and formed prismatic crystals. These howlite crystals were small, measured 1-cm maximum, and formed in anhydrite.

On that note, how is howlite formed? 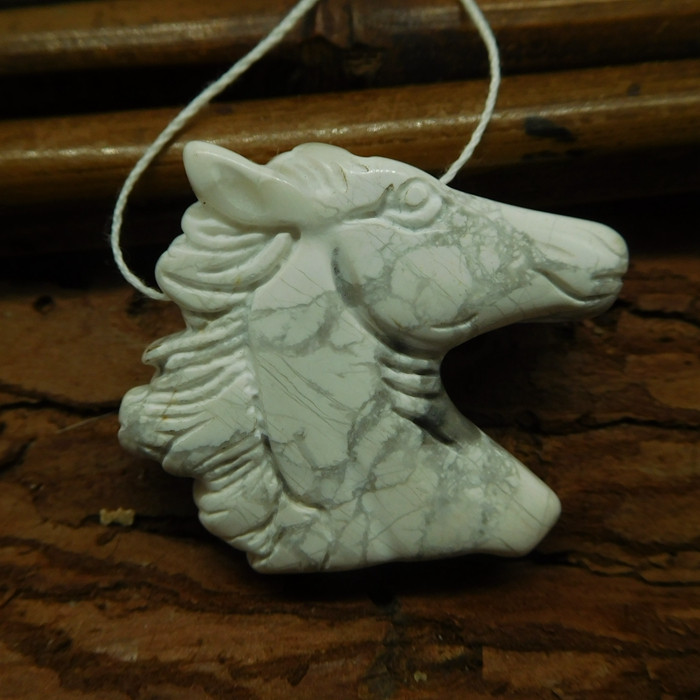 Howlite generally forms as irregular, large, white nodules, sometimes in a cauliflower-like shape. You will seldom (if ever) see crystal faces on howlite nodules, but enormous specimens are common. Miners in California, USA, have uncovered 100-lb (~45-kg) nodules!

When volcanic activity causes water containing borate to flow into the basin, howlite forms in these deposits. The water evaporates, causing borate minerals to precipitate. Sediment often piles on top, leading to temperature and pressure changes that cause stratified borate beds to crystallize.

Once uncovered, where is howlite found?

Though first discovered in Canada, most howlite today comes from the US state of California, specifically Los Angeles, and Nevada. Tick Canyon, California, and Nova Scotia, Canada, are the only known sources for the rare transparent howlite crystals.

Other howlite locales include:

Now, how much is howlite worth? 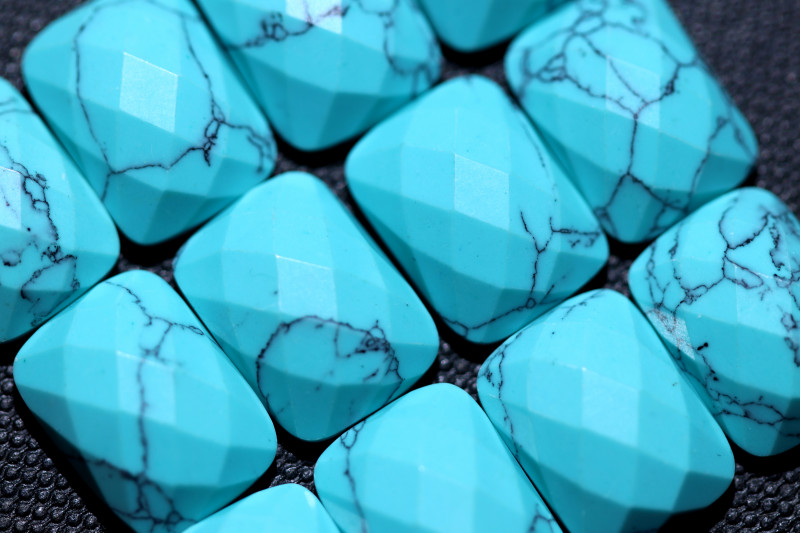 Howlite jewelry is almost always under $50, though prices range up to $100. Higher prices are usually due to more intricate designs, and pricier additional materials like the metal used or other gemstones added.

Howlite is easily scratched, but breakage isn’t as common. To prevent scratching, we recommend protective settings for any howlite jewelry.

Can howlite get wet? Howlite can get wet with little consequence, but only for a short period. To maintain its quality and durability, we recommend removing howlite accessories before showering, swimming, or doing any activities that lead to excessive sweating.

Natural howlite won’t fade color in the sun, though dyed howlite might, depending on the dye used. Be sure to avoid dyed howlite coming in contact with acetone, too.

For cleaning natural or treated howlite, we recommend using a soft cloth and warm, soapy water. Be sure to rinse away residue, then let the stone air dry. Paper towels or tissues could potentially scratch the stone. 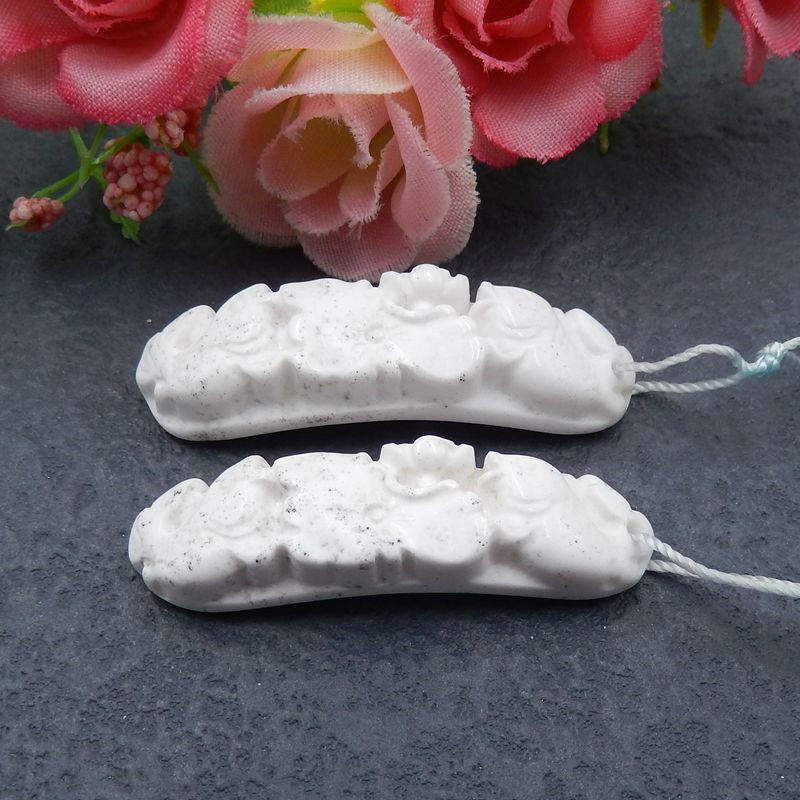 Congratulations, you know everything you need to know about howlite gemstones! Though commonly known as an “imitation stone,” howlite is more than a material to disguise. A howlite bracelet is a unique addition that will match any outfit, bringing you peace and clarity wherever you go! 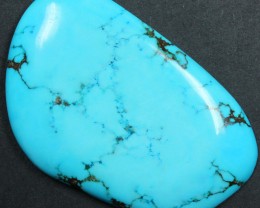 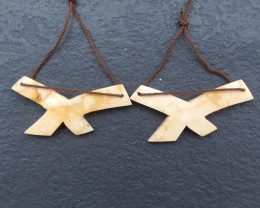 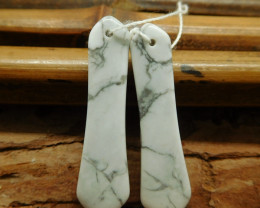