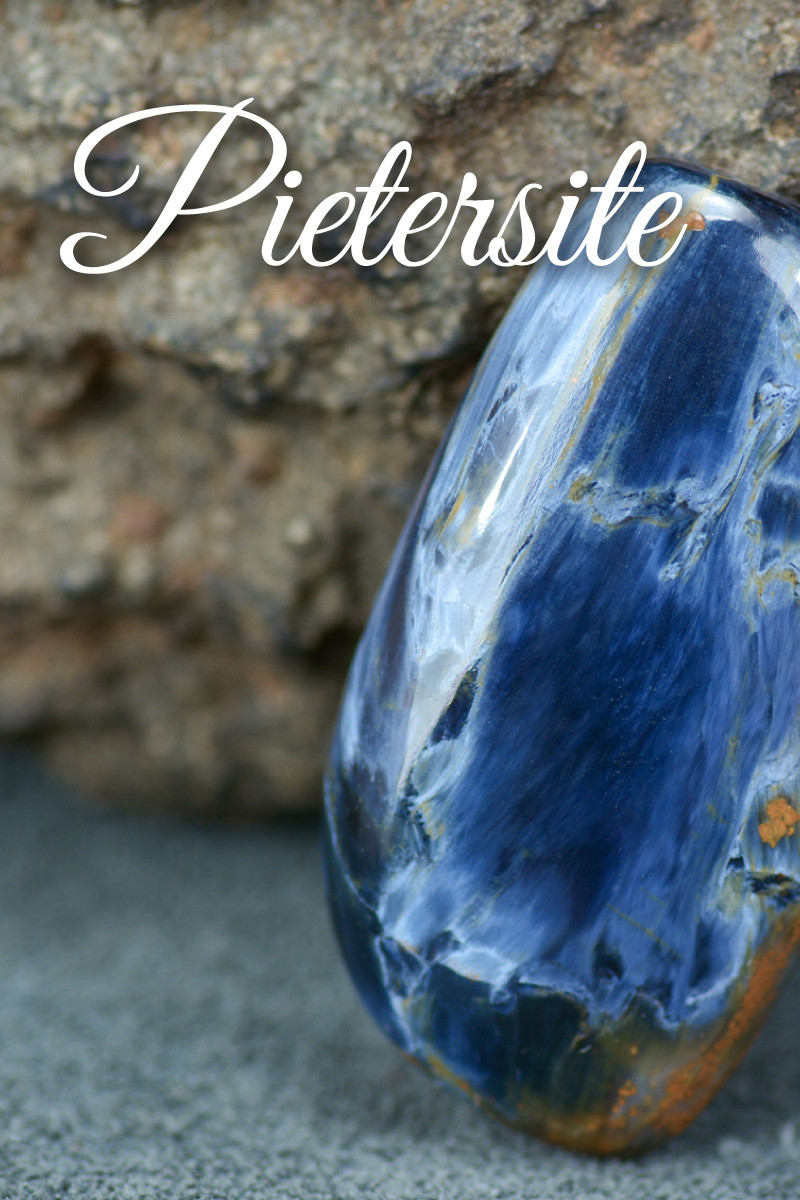 Pietersite is a predominantly blue, red, and gold patterned chalcedony variety composed of numerous minerals cemented together by quartz. Is pietersite a gemstone, then? Absolutely!

If you’re a fan of tiger’s eye or hawk’s eye gems, you’ll often see pietersite mentioned with these two. That’s because pietersite, also called “eagle’s eye,” uniquely relates to them!

Is tiger’s eye a pietersite? Not exactly. Sometimes “pietersite” is used as a trade name for brecciated tiger’s eye, but they’re distinct gems.

There’s so much more to learn about pietersite’s properties, history, value, and uses. Let’s jump in! 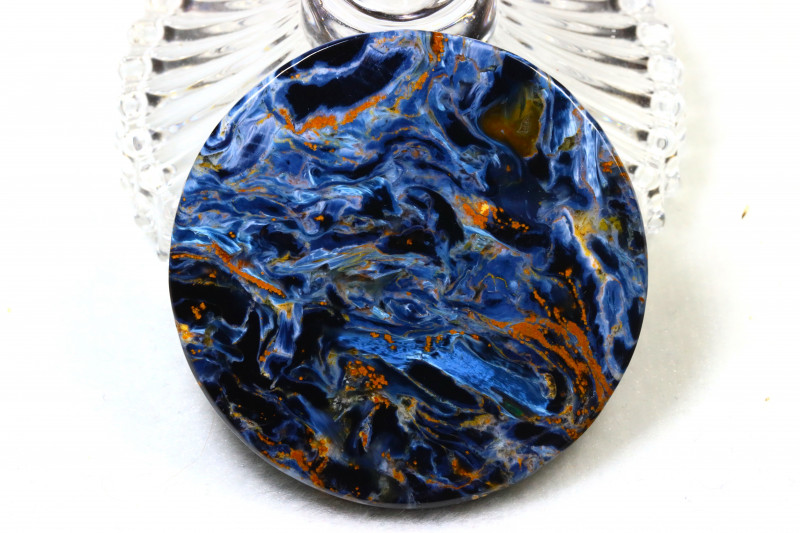 Pietersite is a blue- or brown-based semi-precious gemstone known for its unique patterns, often in orange and yellow hues.

Is pietersite rare? Yes, pietersite gemstones are rare — only found in a couple of places! This unique gem is an alternative August birthstone and a zodiac stone for Leo!

There are two common trade names for pietersite: Tempest Stone and Touchonite. We’ll cover “Tempest Stone” in a bit, but “Touchonite” refers to stones labeled (incorrectly) as pietersite from the Warren Township of New Jersey. Its name comes from a local business owner, Leon Touchon.

Pietersite minerals are characterized by their internal fibers of amphibole minerals, common rock-forming silicates like sodium, iron, and aluminum.

Pietersite’s embedded fibers give it stunning coloring and impressive blue simple chatoyancy, like the “cat’s eye” effect but with multiple lines of reflected light. The stone ranks from 6.5-7 on the Mohs mineral hardness scale.

The stone is primarily microcrystalline quartz (chalcedony) and a variable amount of crocidolite. Crocidolite, or blue asbestos, is a grayish-blue to green riebeckite, an amphibole mineral.

Wait, asbestos? Considering this fact, is pietersite safe to wear? Pietersite that has already been cut is safe to wear. The risk comes when handling raw pietersite, but we’ll touch upon that later.

The amount of crocidolite present in pietersite varies — different amounts lead to different ratios of gray-blue and orange-brown, along with unique color-banding patterns. Crocidolite is also a key component of tiger’s eye!

Crocidolite is one of the minerals in tiger’s eye, and it can give both tiger’s eye and pietersite simple chatoyancy. Some gemologists believe that pietersite could be an oxidized form of riebeckite (crocidolite’s parent stone) surrounded by quartz.

The easiest way to differentiate either stone from pietersite is by their surfaces. Tiger’s eye and hawk’s eye have fairly uniform coloring and chatoyancy, typically in parallel lines. Pietersite has more chaotic streaks of light and coloring, with lines and swirls in different directions.

Find all of the pietersite stone properties below!

Shifting to a more abstract perspective, what does the pietersite stone symbolize? 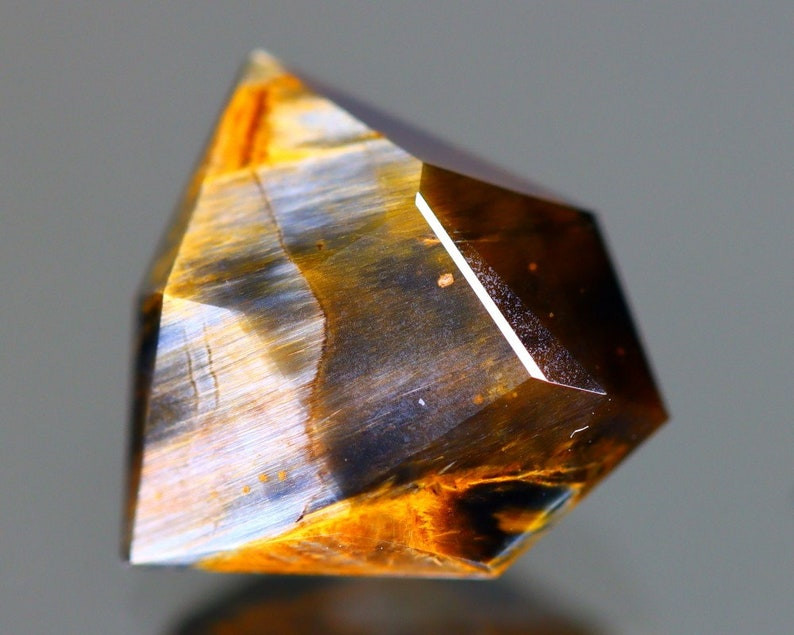 Pietersite’s name comes from the man who discovered it: mineral dealer Sid Pieters.

As far as pietersite’s spiritual meaning, the stone connects it to Freya, the revered Norse goddess of love, beauty, and fertility.

Remember the nickname “Tempest Stone” we mentioned earlier? This nickname partly comes from pietersite’s appearance, specifically its flashes of golden-orange, reminiscent of lightning penetrating a gray-blue sky. The stone is also pyroelectric (able to generate electricity when heated), so it literally contains an electrical charge, as though it were carrying lightning inside!

However, storm associations go beyond visuals, reflecting pietersite’s meaning as a talisman for both real tempests and internal hurricanes of emotions.

Like a storm, pietersite is a cleansing force that sets the stage for a brighter, colorful future of growth and healing. On that note, what is pietersite good for? 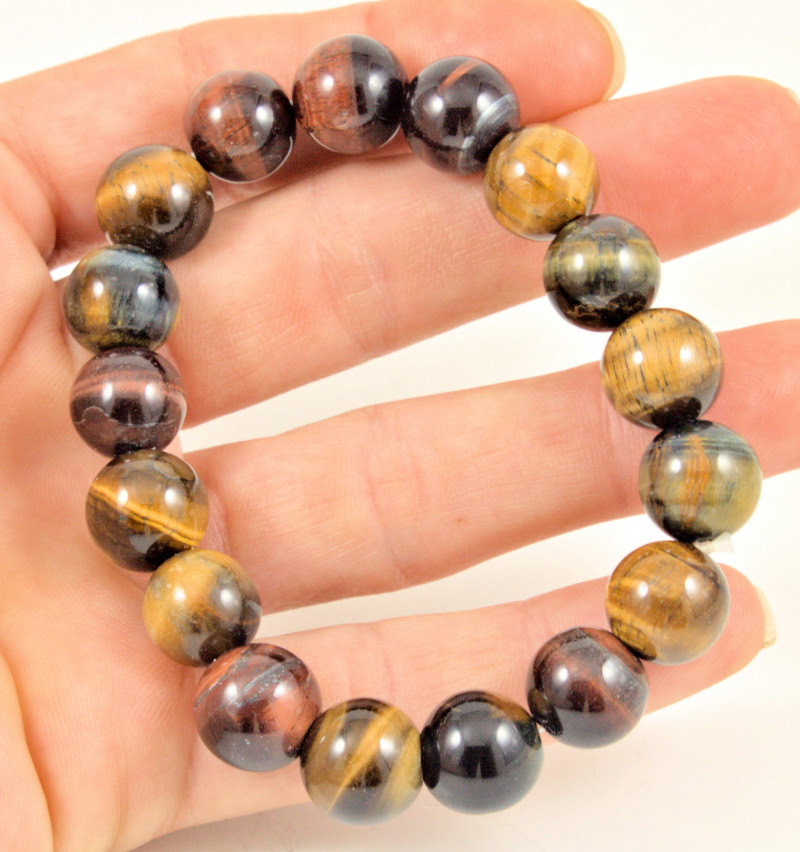 All gemstones are healing stones by nature of their creation and coloring —  pietersite included! Along with other blue gemstones, blue pietersite healing properties can help lower stress and enhance concentration.

When you combine healing crystals, you can unlock even more power! So, what crystals go with pietersite?

Labradorite is a great crystal to pair with pietersite during difficult transitions. Our top recommendation, though, is pietersite and moldavite for a total spiritual transformation!

On its own, what can pietersite help heal?

Physical pietersite benefits may include assisting the pituitary gland, the center of hormones, blood pressure, and metabolism. Other purported uses include better nutrient absorption, increased energy levels, and stimulation of the nervous system.

The “Tempest Stone” is also said to protect you during bad weather, keeping you safe and calm on the road or at home during harsh storms.

If you’ve ever been to an airport during busy times like the holiday season, you know how easy it is to feel overwhelmed, clinging to your last thread of patience.

If that frustration gets the best of you, you could get lost or miss your flight. Pietersite metaphysical properties can help you overcome those negative feelings, then hone your attention onto what matters.

Other emotional “storms” pietersite can help with include self-isolation or dependence in a toxic relationship. This crystal can impart self-confidence and empowerment, helping you acknowledge that you control your destiny and deserve to be around people who love you.

Chakra healing is the process of balancing your chakras, seven energy centers connected to physical and emotional symptoms. You can practice this using chakra stones! So, what chakra is pietersite associated with?

Pietersite is a gemstone that aligns all your chakras! When one chakra is blocked, it can unbalance the entire system. Pietersite can get them back in alignment, balancing your mind, body, and spirit!

Before you buy a pietersite healing stone, you’ll want to know what value factors to look for. 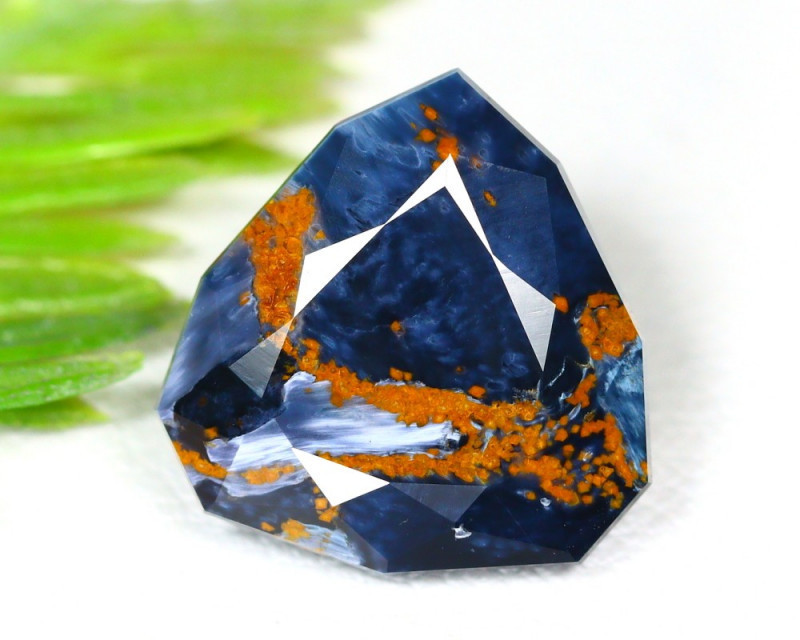 Pietersite gemstones are each unique, as one pietersite crystal can have entirely different colors or patterns from the next. You’ll almost always see blue, gold, red, brown, white, and black, but the stone may have only a couple of these hues.

Pietersite’s predominant colors are blue or brown, and jewelers often identify each as “blue pietersite” and “brown pietersite,” respectively, even if other color bandings are present. Even two blue pietersite stones can be different shades of blue or show different iridescence.

The rarest color is blue, with red as a close second. The influence behind pietersite’s coloring comes down to the abundance and concentration of crocidolite.

Pietersite’s hardness and lack of cleavage make it durable enough for faceted cuts, but its opacity makes faceting (cutting the gemstone) rare.

Instead, you’ll almost always see pietersite cut into beads or cabochons, the latter of which is best for seeing chatoyancy. Pietersite carvings are also common!

Clarity refers to the amount and visibility of a gemstone’s inclusions, with more inclusions typically meaning lower value. However, pietersite’s inclusions give it the colors, patterns, and optical effects it’s valued for!

The most abundant inclusion material in pietersite is crocidolite, which can be dense or sparse. The crocidolite inclusions are usually fragmented fibers, bunched together to reflect light and create chatoyancy. 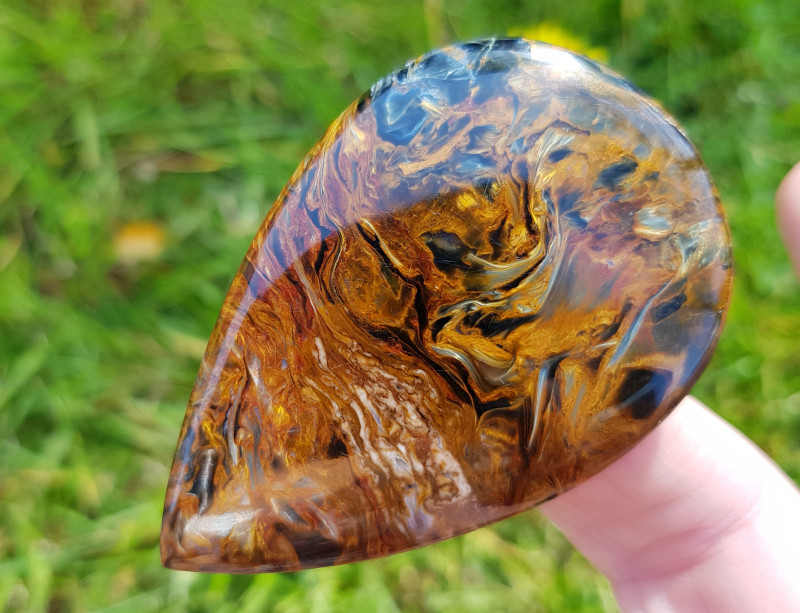 Pietersite’s first discovery happened in 1962 in Namibia. Sid Pieters, a mineral collector and trader, found the mineral while prospecting farmland in Outjo, in north-central Namibia.

Pieters saw the small but surprisingly heavy stone coated in limestone, so he took it back to his Windhoek workshop. Once cut, the stone revealed brilliant blues and golds inside! Pieters named the stone after himself (or his mineral-trader father, according to some) and registered it in the British mineral records. Within two years, he saw his description published.

Pieters went back to the stone’s original location but abandoned the mine shortly after because most of the pietersite was stolen. He still collected hundreds of minerals, though some quote Pieters as saying, “Of all the gemstones I have seen worldwide, Pietersite is one of the most beautiful.”

Namibia was considered pietersite’s only source until 1993 when very similar specimens appeared in China. These stones hit the market in 1997, labeled as pietersite. The Chinese specimens are technically distinct minerals (a type of magnesio-riebeckite) but they’re still sold as pietersite.

Before anyone can uncover it, how does pietersite form? 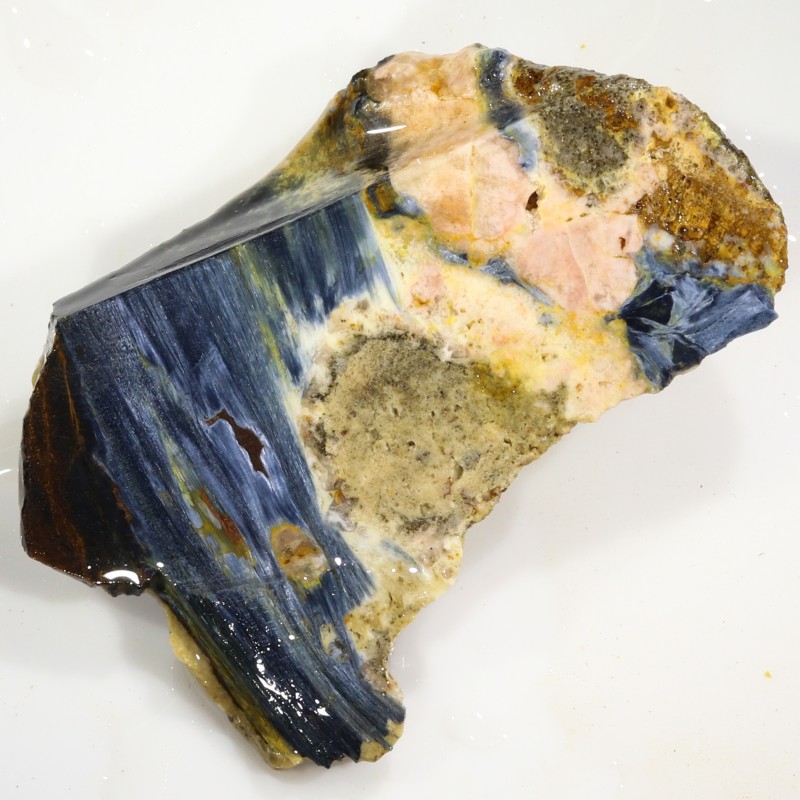 As an aggregate gemstone, pietersite forms when the proper conditions for a single gem to form (heat, pressure, space, elements) are absent or don’t last long enough.

Pietersite is a pseudomorph, meaning it started as one mineral and turned into a new one. In this case, pietersite started as crocidolite, but silica (quartz) slowly replaced some of the stone’s crocidolite fibers. During this replacement, quartz adapted to crocidolite’s fibrous shape, enhancing the stone’s eventual chatoyancy.

Since the materials involved are reformed, folded, and stressed, pietersite is considered a brecciated stone.

Some geologists believe pietersite may form as a pseudomorph of tiger’s eye and hawk’s eye. The iron in hawk’s eye can break down and oxidize to form tiger’s eye. So, the theory goes that pietersite forms when the two former stones’ fibrous structure breaks, with the broken (brecciated) pieces cemented by silica (quartz).

Regardless of how it forms, where does pietersite stone come from?

As you know, the first pietersite stones came from Namibia, South Africa. Today, the only known sources of pietersite are China’s Henan Province and Namibia.

You may have seen some steep prices for pietersite online. So, why is pietersite so expensive? Part of its high price-point is its rarity and limited mining locations.

Let’s look at what else goes into pietersite value and what prices to expect. 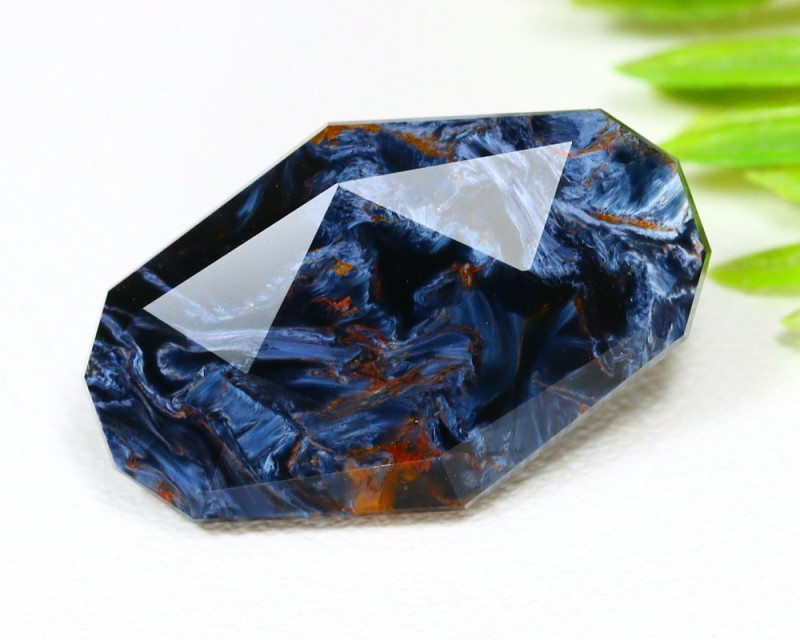 The lowest-priced option is rough pietersite, usually $0.15-$0.30 per carat. Pietersite beads are also affordable, around $0.40 per carat. Faceted stones will typically cost about $7-$15 per carat.

Pietersite has decent durability, no cleavage, and good toughness, making it easy to care for. You can even use ultrasonic or steam cleaners, though we recommend sticking with warm water and mild soap to be safe. Just avoid the stone contacting household cleaners and similar chemicals.

On the asbestos concern, is it safe to wear pietersite? Yes! Once the stone is cut, polished, or fashioned, there are no health risks to rocking your pietersite ring.

However, handling raw pietersite through transportation, cutting, shaping, or polishing puts you at risk of asbestos poisoning. You should take the highest levels of caution if doing so. If you’re not physically handling the composition of the gemstone, you have nothing to worry about. You can wear this beautiful gemstone with confidence! 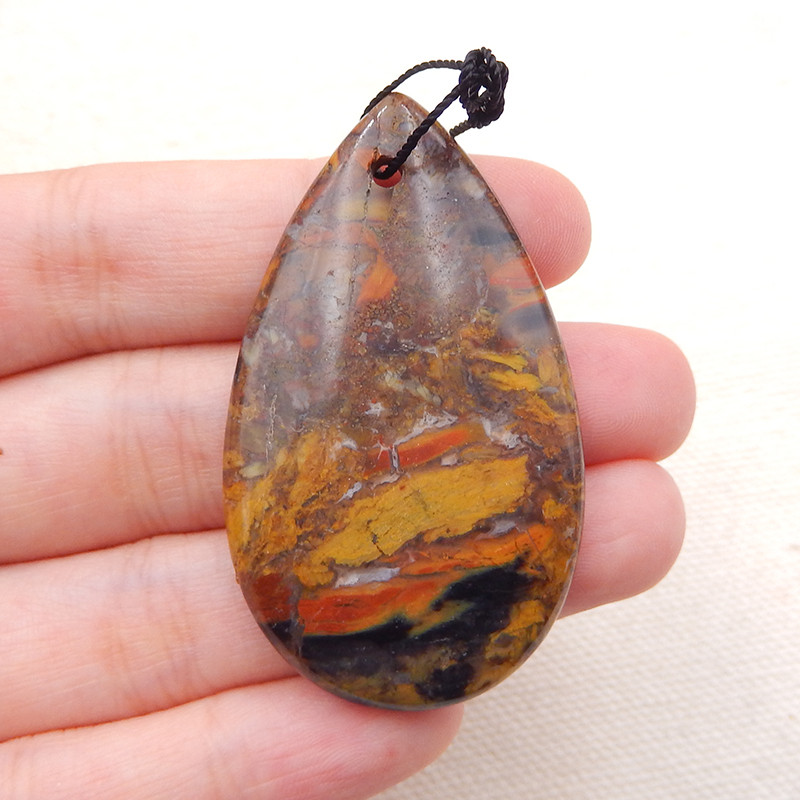 Embrace the Power of Pietersite!

While pietersite is a recent discovery in the gemstone world, this unique gem has mesmerized gem-lovers and crystal healers alike. From its stormy appearance to its capacity for transformation, pietersite is sure to capture your heart! 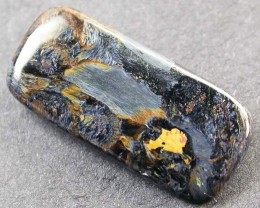 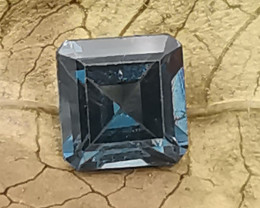 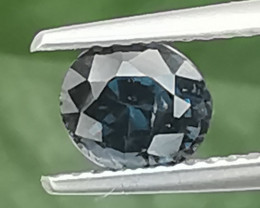