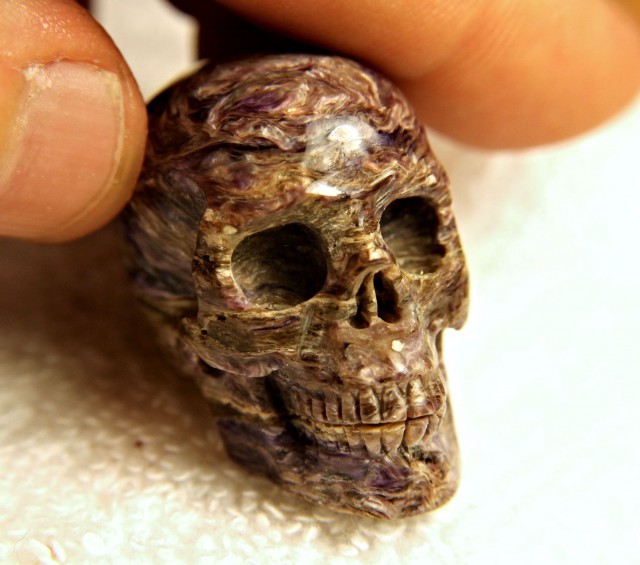 Gemstone Skulls from natural untreated gemstones are popular now through the whole world.Collectors of gemstone skulls enjoy the magical pattern that many gemstones display from the different colours jasper to lace agates with crystallized pattern inside the carving.

The human skull shape does not represent death but is positive thought for immortality or portal to two worlds.

We have three distinct Carving style:

These gemstones and minerals cannot be tested to see when they were made and there are many theories about times and reason for these carvings.Crystal skulls are well known for the mystical abilities and is said to help in communications skills

Jasper skulls are most popular gemstone now a s this gemstones is said to balance your ying and yang and control exhaustion giving you more energy and ability to speak one’s mind so it’s good for confidence. 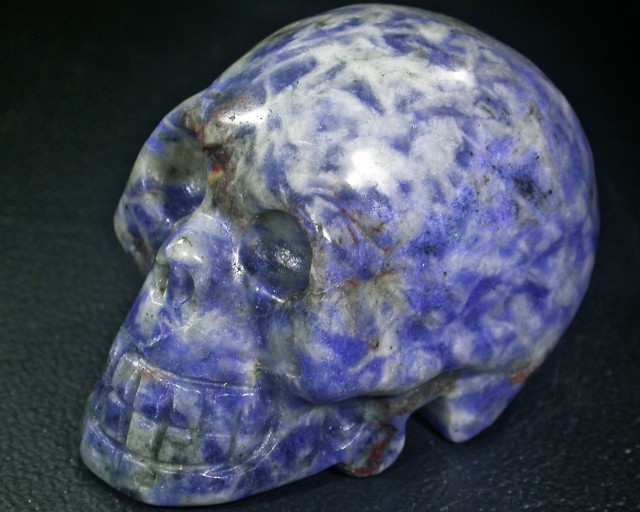 Lapis lazuli skulls is said to also aid confidence and improves one clarity and truthfulness.Black obsidian is said to enhance self control and as a protection stone in your homeAmethyst skulls is said to help in the awakening of spiritual senses Agate skulls was highly valued in ancient times as talisman or amulet due to their incredible patterns and crazy lace agates have magical patterns in their carvings.

Crystals and gemstones have been mostly used for curing, assistance and insight for number of years. This is the main reason why these gemstones were mostly adorned by queens and kings. This stone is useful in order to support individual and provide them with knowledge, control, curing and authority.

Gemstone Skulls have also been used by natural healers and shaman, as well. Throughout the world, earliest civilizations such as Mayans and Egyptians used it for their spiritual and medicinal powers. Early cultures were also conscious that carving crystals into the form of a human skull improved their control to influence healing and human awareness on all levels.

Crystal skulls are surrounded by the natural curing properties innate from different stones, which deliberated with different aspects of curing and realization. It can also be planned and absorbed by means of required intention for accommodating the healing of anyone. One can exert their effort with particular gemstones and detailed conditions It is still feasible to work with medicinal within a space for those individuals who you really care about. You can either offer them a crystal skull engraved in a gemstone that supports curing of their particular situation, or you can work with that crystal skull with your own and forward the intention of healing force to your loved ones. 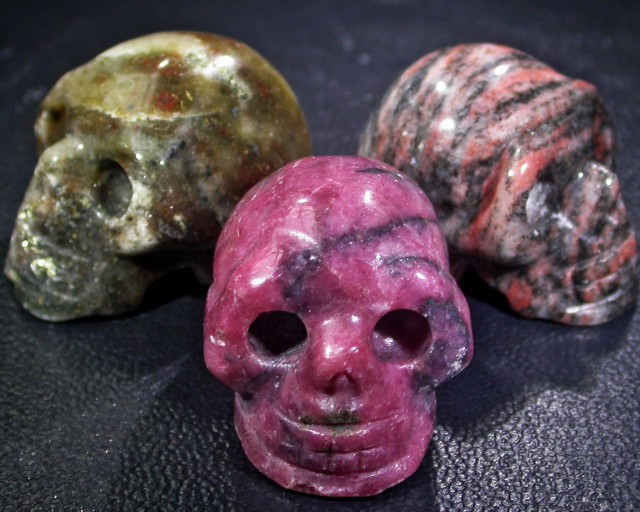 The conducted meditations for healing through the use of crystal skulls will show you on how to utilize these controlling tools in order to assist and authorize the active healing for all levels. In fact, Crystal skulls are not unusual or terribly inexplicable. Thousands of pieces are created for every year in most places such as China, Germany and Brazil. On the other hand, these deathly objects have gathered a wide interest and debate, especially for spiritualist, scientist, archaeologists, and other experts for more than a decade. There are also dozen of these collectible items, mostly in public and personal purposes. Some crystal are comprehensible, others are opaque or in coloured form.

Most of the time, these skulls are believed and originated from Central America and Mexico, as well. Many individuals thought that these skulls were engraved several years ago by an earliest Mesoamerican culture. Others people might think that these artifacts came from the well-known island of Atlantis. 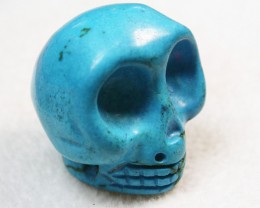 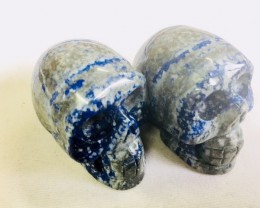 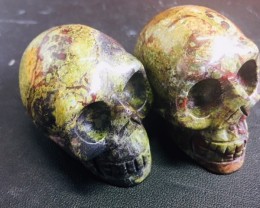 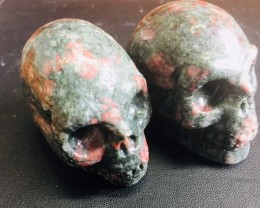 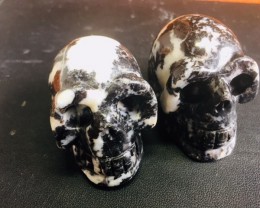