Thailand’s character as a center of society in the Orient has been replicated by the rich structures of art that has produced an essential part of Thais. The creativity of Thai artisans has schemed women and men all over the world for its beautiful, slight magnificence, and its beauty. 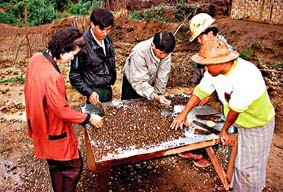 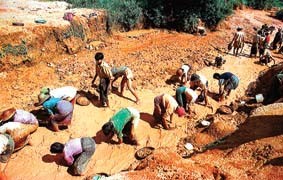 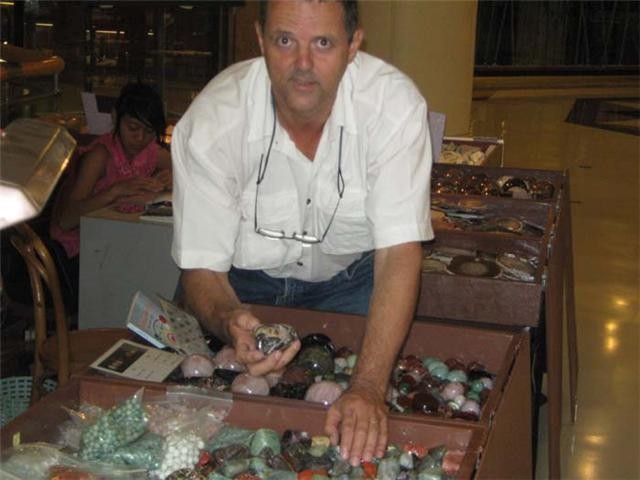 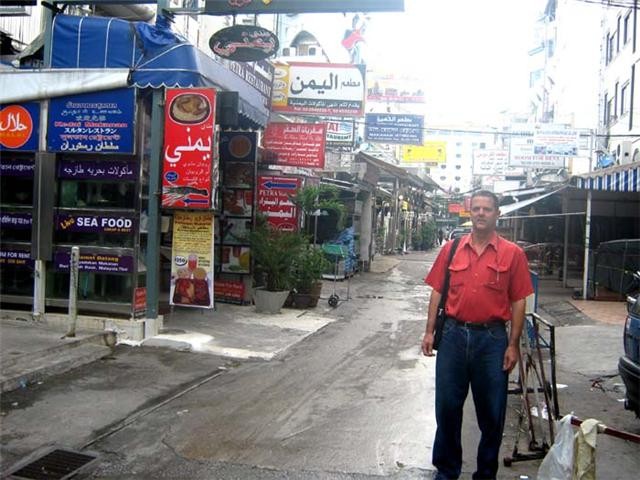 The custom of excellent craftsmanship has passed through into many generations, and it is still intact nowadays. Gemstones and jewelry is one of the main industries, which have thrived ever during ancient times. Usual belief highly suggests that using set of jewels and clothes, which complements with its tones, brings success and fortune.

Also, Thailand has been renowned as one of the globe’s major jewelries and gemstones centers. They have also gifted with devoted and talented artisans, but also gemstone supplies. Sapphires have been also discovered in Sukhothai, Kanchanaburi, Phrae, Phetchabun, Si Saket, and Ubon.

Thailand typically welcomes over 20 million foreign tourists every year, placing them among the best tourist destinations all over the world. One of the most well-known tourist activities found in Thailand, together with night life and beaches is shopping. Thailand has deservedly got a reputation as one of the most a shopper’s paradise.

The finest values, as experienced by the shoppers determine, are locally generated products, particularly jewelry andgemstones. Shopping at the local markets is totally entertaining, specifically when there are several economical products for which some of their copies are international products to offer.

When it comes to gemstones, it actually pays to purchase a quality and deal with well-established retailer. In fact, the district of Chanthaburi’s, Bo Rai, Pong Nam Ron, and Khao Saming have been well-known as manufacturers of rubies as well as, the Nam Yuen district.

Also, the red rubies found in Chanthaburi have considered as “Tab Tim Siam”. Meanwhile, Siamese Rubies, which is sough- after by jewel devotee all over the world due to their incredible and supernatural looks. These rubies have also been highly-credited in Thailand and referred as the “Land of Jewels” in East.

Thailand’s stones and jewelry business has been scientifically produced from a lodge into a large-scale and export-oriented level. They became also as one of the country’s top-ten foreign exchange-earner, which producing tens billions of Baht to the entire market and producing various jobs for billions of people.

Bangkok is also well-known as the stone capital of the world, since colored stones from all over the world are well-polished and cut, as well. Because of the broad gemstone trade, a considerable jewelry industry has been developed also as they generating high-quality silver and gold designs for the global market.

The collection of stones, which are obtainable in Thailand, is considered as huge including ruby, sapphire, diamond,and every kind ofsemi-precious, conceivablecut-stone. Eminence, attention to feature, and level-headed cost are some factors of persistent achievement for the Thai’s jewelry industry.

In order to improve the government’s competitiveness, the Thai Government has excluded taxes on some imported raw materials. The value of Thai jewels is guaranteed and selling of gemstones, and jewelry in Thailand is administered by suitable trading policies, which are strictly managed by management as well as, by industry organizations.

The value of gemstones and jewelry is also evaluated and assured by globally accepted local organizations such as International Gemological Institute (IGI), Gems and Jewelry Institute of Thailand, and many more. For the massive volume of tourist in Thailand, the approval of severe assessment, processes and issuance of quality certificates assure the valuable standards of the gemstones you acquire with.

It must be also corresponded your anticipation both for personal satisfaction and investment. So, if you’re looking for something that take you back you with warm-hearted memories for your visit to the “Land of the Orient” which is rich in arts, culture, tradition, and friendship just to consider purchasing a Thai gemstone or jewel.

Quality and Value of Thai Gemstones

The significance of Ruby lies in its exquisiteness, which is measured by its shade, patina, lucidity, precision, flawlessness of cutting, dimension, toughness as well as, shortage. The most treasured Ruby is in blood-red tone. This gemstone is usually in dark to plum red tone, which has a less significance. The Ruby, which capitulate good precision is measured more striking and quite valuable one.

The significance of Ruby can also be evaluated due to its lucidity, which is generally a main feature of the gemstone in the physical site. Another characteristic of Ruby is the “Asterism”, or literally the star found in the stone, that’s why it rendered its name as “Star Ruby.” The star can be highly-appreciated from Ruby with a cabochon-nature and positioned in the light.

The vastly priced tone of Blue Sapphire begins with a “pure” blue, but not being colored with gray, green, yet not too shady or black. The most stunning color for Yellow Sapphire is usually in gold and dark yellow. The reputation of the two different colors ranges from one market into another, and still depends, on its tastes and fashion style.

Furthermore, yellow and blue with perfect lucidity and clarity control more significance with dimension as another decisive factor, though it is simple to get a larger size of Yellow and Blue Sapphires compared with the Ruby. Similar with the Ruby, Blue Sapphire encloses the “star”, while it is unusual to be perceived in Yellow Sapphire.

More common tones of diamond vary from light-brown and light-yellow. There are also well-established lucidity levels of diamond. The bigger the dimension, the higher the cost of the diamond is. Well-toning, cut diamond is competent of reflecting radiance, gives in more intensity and shine, and thus it is more treasured.

Weight capacity for gemstones such as gold and diamond is the mass of gemstones is usually measured in grams and carat. In fact, 1 carat is equivalent into 200 milligrams, while 1 gram is equivalent into 1 milligram or 5 carats. Gold is measured through carat, which refers to the proportion of gold in alloys.

Karat for gold measurement is also written with a capital “Kt” or “K” to give a feature from “carat” for the measurement of some valuable stones. For actual tradition, the issuance of certificate for gemstones or jewels was existed on all laboratories. However, these certificates can be endorsed by most specialists who have graduated from gemological institution, and have been employed by gemstone stores.

With the emergent use of man-made stones in the jewelry, it is also crucial that most of the buyers insist for a certificate of authenticity together with a gemstone credentials and report, which are being issued by an official gemologist from the jewel stores where they have been purchased.

The Significance of Gemstone Certification

Most of the consumers of colored gemstones who want to purchase a certified gemstone need a gems certification. This is in particular sensible if you’re purchasing an exclusive one. A certified gem certificate will provide you the guarantee that you’re truly getting what you paid for. You must decide also to advertise your gemstone in the near future.

In fact, a certificate of authenticity will make simple your transaction. Since Bangkok is one of the leading markets for selling for all sorts and of tones of gemstones including garnets,rubies, sapphires,jade, tourmaline, spinel, and topaz. Based on statistics, Thai gemstone produced more than US$10 billion in Thai economy in 2011.

Thai’s industry is highly-regarded as being the third biggest income earner. Almost all colored gemstone retailers, wholesalers, and jewelry store buyers have a workplace, which is being based or committed with their local partner because it is quite reasonable to purchase colored stones than anywhere else in the world.

Almost all color, rough stones, which originated from the Thailand get cut, well-treated, and produced to jewelry because of their tough proficiency. Thai craftsmen are also measured to be the best cutters all over the world, and have learned a lot on how to cut in pure, accuracy stones.

Due to their propinquity to Burma, the main source of exclusive color stones such as jade, rubies, and sapphires. Several stone sources such as Africa, Burma, Sri Lanka, and South America have Thai stone cutters. Thai craftsmen were said to be experts for heat- treatment for different gemstones such as sapphires and rubies, which is quite complicated skill to learn.

Again, the most significant fact isThailand is the leading source for retailing colored stones. A better manner to appreciate this is by evaluating another industry, which we all be acquainted with like having an Apple iPhones. In fact, that iPhones factor came around the world such as memory, siliconchips, touch screen components, and many others assembled from China and Taiwan.

So, it must be consistent that it must be economical to purchase the Apple iPhones, and it’s assembling parts from Taiwan and China. Still, these two countries are reasonable and most viable marketplace to purchase iPhones, which can be found in USA because of one individual reason, which isthe leading retailer andwidest marketfor these devices.

Large demand come together with struggle and has always established that the economical places must purchase the item where it is dealt the most.You can ask anybody about the colored gemstone business in Thailand and they will concur on the fact, that Thailand is one of the major markets for tinted stones all over the world.

Keep in your mind that Thailand is also committed from well-known merchant or retailer. Thailand is highly-regard as being experts in all latest treatments in coloring gemstones such as heat-treatment and man-made, glass-filled rubies, soft color and treated sapphires,irradiated topaz, coloring, polishing, oiling emeralds, and many more.

Thailand does not have strong capability in diamonds. In fact, diamonds are retailed at a best price compare to a better and viable markets in New York, Tel Aviv, and Mumbai, but before making any purchase in a particular stone, especially in online store, you may ensured that it must certified, as well.

A certificate given by the seller is fairly better, principally if the seller is trustworthy and well-trained gemologists. While a seller-issued certificate is not an established practice in the gem selling, certification must be done by a self-regulating third party who has no economic stake in the business.

You must be aware especially of the assessment given by the retailer that the stones you have purchased are worth buying than you paid for it. A lot of trained gemologists can perform gemstone recognition, but it is always perfect to have a certified gemstone in agemological laboratorythat has expertise for testing gemstone.

The basis is that a gem lab typically can manage to pay or to invest with the most recent diagnostic tools, and they have a tough enticement to issue only accurate and consistent test reports, since they have a status in the market to look after. Moreover, there are various trustworthy gemological laboratories all over the world.

Most of these laboratories are especially renowned, since they connect with some gemological investigation and they are expert in identifying different gem treatments. Laboratories are now trying to verify the source of gemstones as well, but it is not typically essential to perform a gem testing, as well.

It can be quite costly, and the latest techniques they build-up are soon dispersed to other laboratories all over the world. Most of the time, the stones from Chanthaburi, Thailand, need to be evaluated and certified along GIA Laboratory. Today, with all these details in mind, are you go planning to buy a gemstone in Bangkok, Thailand? 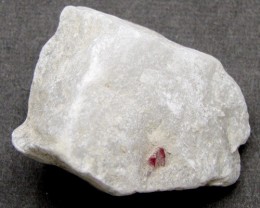 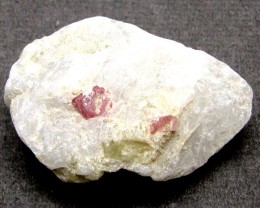 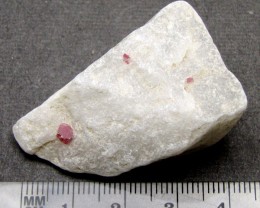 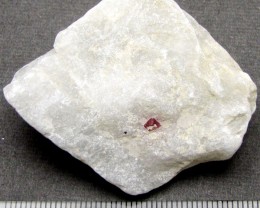