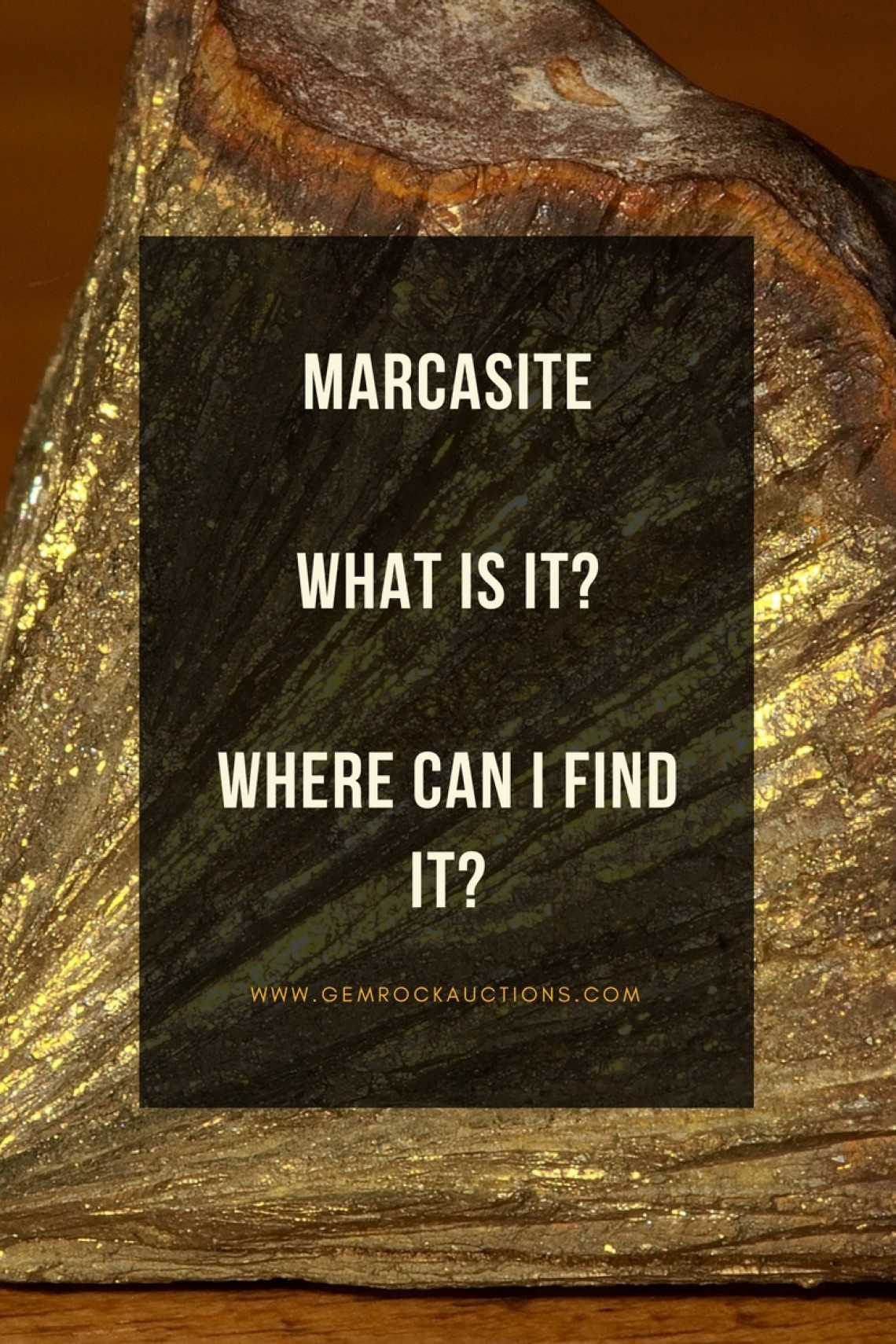 Marcasite is found worldwide and is an attractive and common iron sulphide. The name was derived from the Moorish or Arabic word for pyrite, as well as other minerals such as antimony and bismuth. Marcasite is a polymorphism of pyrite.While the two have different structures within and are shaped differently, they do share the same chemistry. Pyrite and Marcasite are frequently confused because of their many similar characteristics.

The pair are most likely the most famous polymorphic pairing since the pairing of diamond and graphite. The confusion between Marcasite and pyrite continues because of the jewellery’s trade name. Marcasite is used as a term that is applied to small, faceted, polished stones inlayed in sterling silver. Despite the fact that they are called marcasite, they are in fact pyrite which is both confusing and misleading. 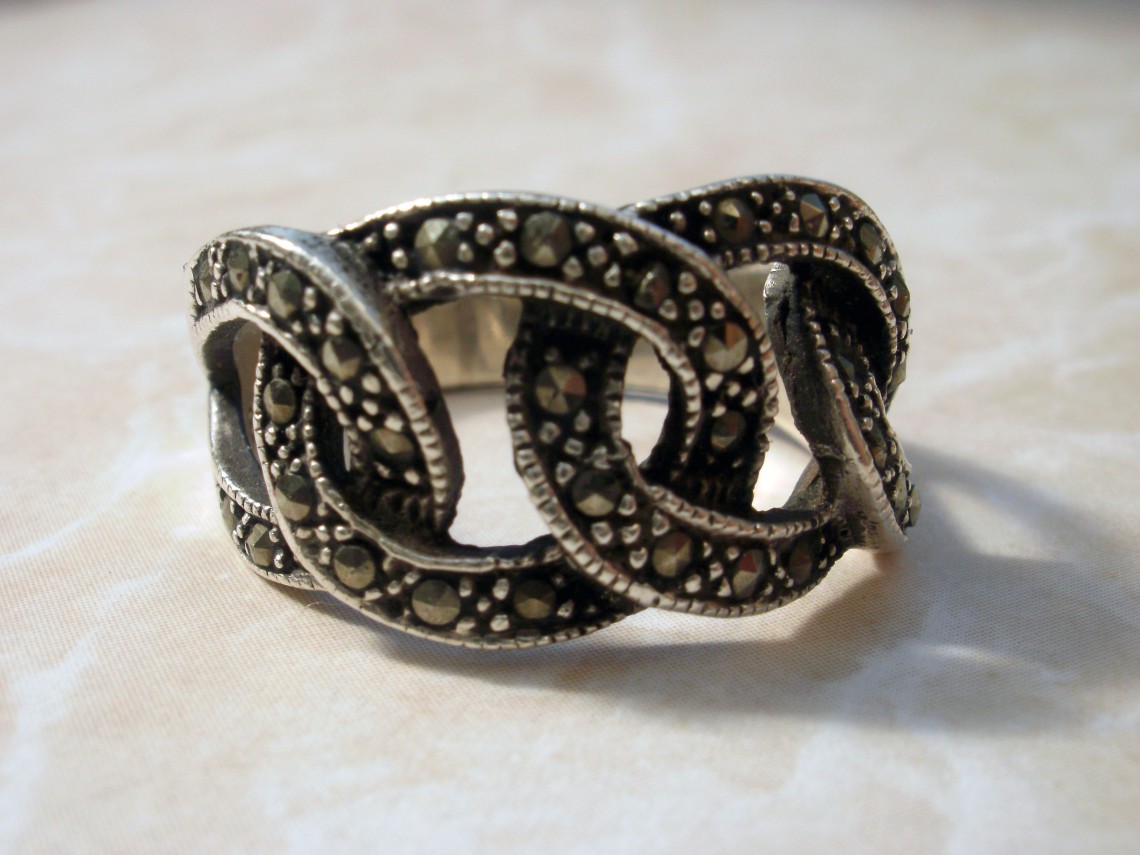 It was in 1814 that the French mineralogist, RJ Hauy devised a way to distinguish between the two. Marcasite, firstly, is rarer than pyrite, and it is paler in colour. This is why it was previously referred to as white iron pyrite.

Despite this methodology, it can still be difficult to distinguish the two where there is a lack of distinctive crystal habits. Many specimens have been identified wrongly as marcasite or pyrite, even when the identification was completed by experienced mineral collectors. For years Illinois coal mines were finding iron sulphide suns that were called Marcasite Suns, or Marcasite Dollars. Eventually X-rays showed they were more likely pyrite. Pyrites have a habit that appears as marcasite. There are further studies investigating whether they could have originally been marcasite but transformed into pyrite later. Regardless, they are now known as Pyrite Suns, though the confusion remains. Many specimens of marcasite are distinctive enough to show their true identity and are beautiful and interesting specimens for display. 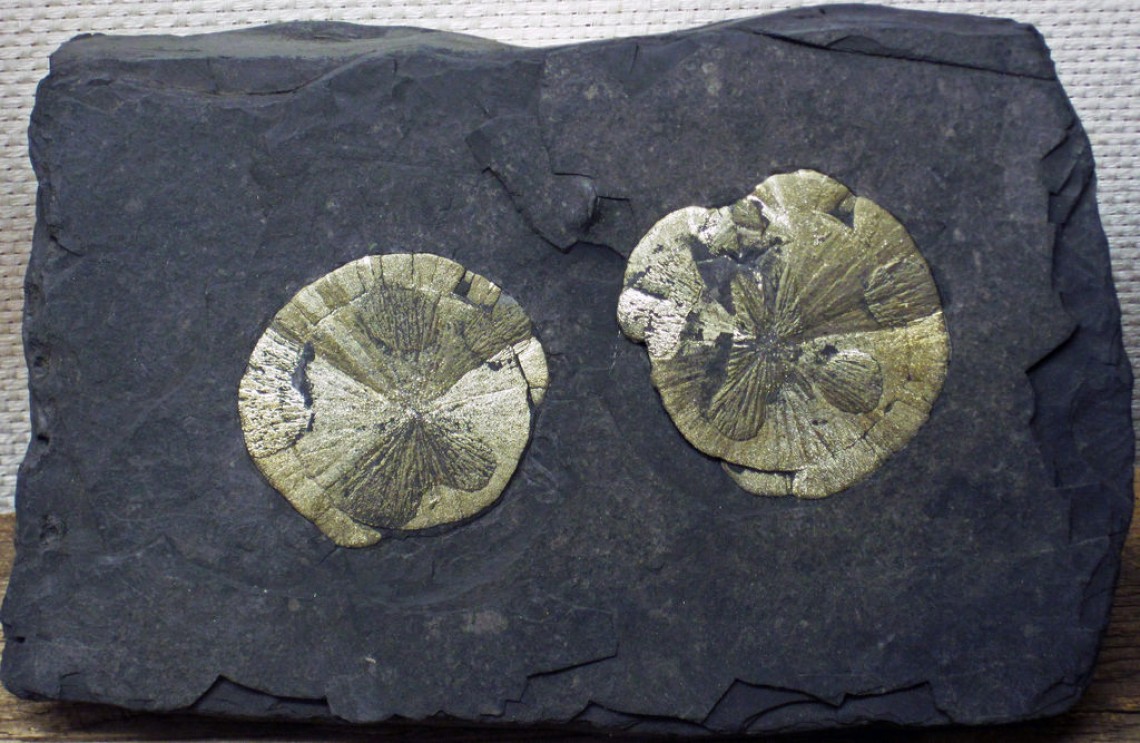 Aggregates of iron sulphide that cannot be determined by their crystal structure without a complex analysis are frequently labelled incorrectly by collectors and dealers. Pyrite that is used as a gemstone is often improperly termed in the trade as marcasite, however, marcasite is not used as a gemstone.

Marcasite’s most famous habit is the cock’s comb- with its crystals appearing like a rooster’s head crest. It’s a very distinctive habit and it cannot be mistaken for any other mineral.

Additionally, marcasite is known to pseudo morph. This is when one mineral replaces another’s chemistry atom by atom. When it is done subtly the replacement can leave the previous mineral’s existing shape intact. This means that one mineral is presenting in the shape of another- which is where the term pseudo morph came from, it’s Latin for false shape. Marcasite has pseudo morphed fluorite, pyrite, gypsum, and many others including goethite. The replacement leaves a thin skin of iron oxide, these give off an iridescent sheen which provide marcasite specimens with a colourful and stunning appearance.

These oxides can also have a positive effect in slowing down the unfortunate deterioration of marcasite. 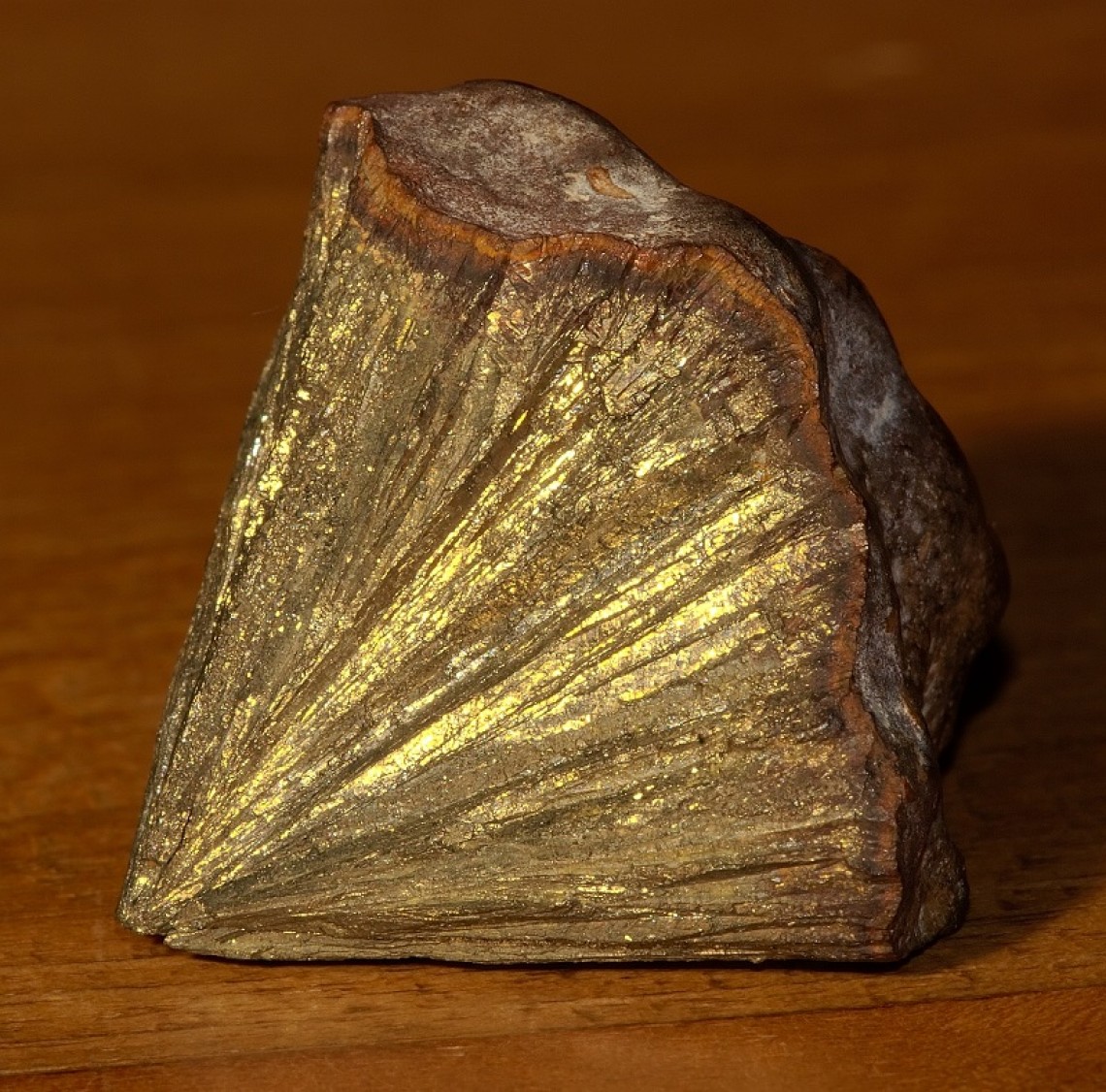 It is the most widespread mineral that experiences the condition known as pyrite decay- which is when a specimen eventually disintegrates into white powder after deteriorating over a long period of time. Not much is known about the condition- just that it effects specific specimens. We know it occurs after a specimen is exposed to the air- though specimens from certain localities are more prone to the condition. When a specimen is afflicted with pyrite decay it should be removed from the collection and kept separately to avoid the condition from spreading.

Over a period of time marcasite oxidizes in collections. It frees sulphur, forming sulphuric acid. The acid can then attack the cardboard box the specimen is stored in, or the paper label.

Over decades most marcasite specimens will fully disintegrate into dust and scraps. The smell of sulphur that is released during this reaction is the easiest distinguishable characteristic between pyrite and marcasite. The reaction is an exothermic reaction that is activated by the exposure to air. While it releases heat, it does not mean that marcasite will feel warm to touch. Though, in mines that are rich in marcasite the mine walls can get too hot to even touch due to this reaction.

Specimens that are coated with iridescent oxide are resistant to deterioration and survive longer than fresher marcasites. Despite its slow deterioration, marcasite is an attractive and interesting mineral that is a pleasure to own over the years.

In the Middle Ages, both pyrite and marcasite were used as medicines, in the Victorian era marcasite was used and popular in jewellery making, and it still is today. Marcasite is used to create pendants, bracelets, earrings, and rings- and they are moderately priced.

It’s a pale bronze or brassy shade with dark streaks of grey-green. On the hardness scale is rates a 6 to 6.5. It is opaque and has a stunning sparkling metallic lustre. It is common for it to be cut into small roses. Twinning is frequent in marcasite crystals, it can produce a spearhead shape, and was often mistaken for Roman weapons. 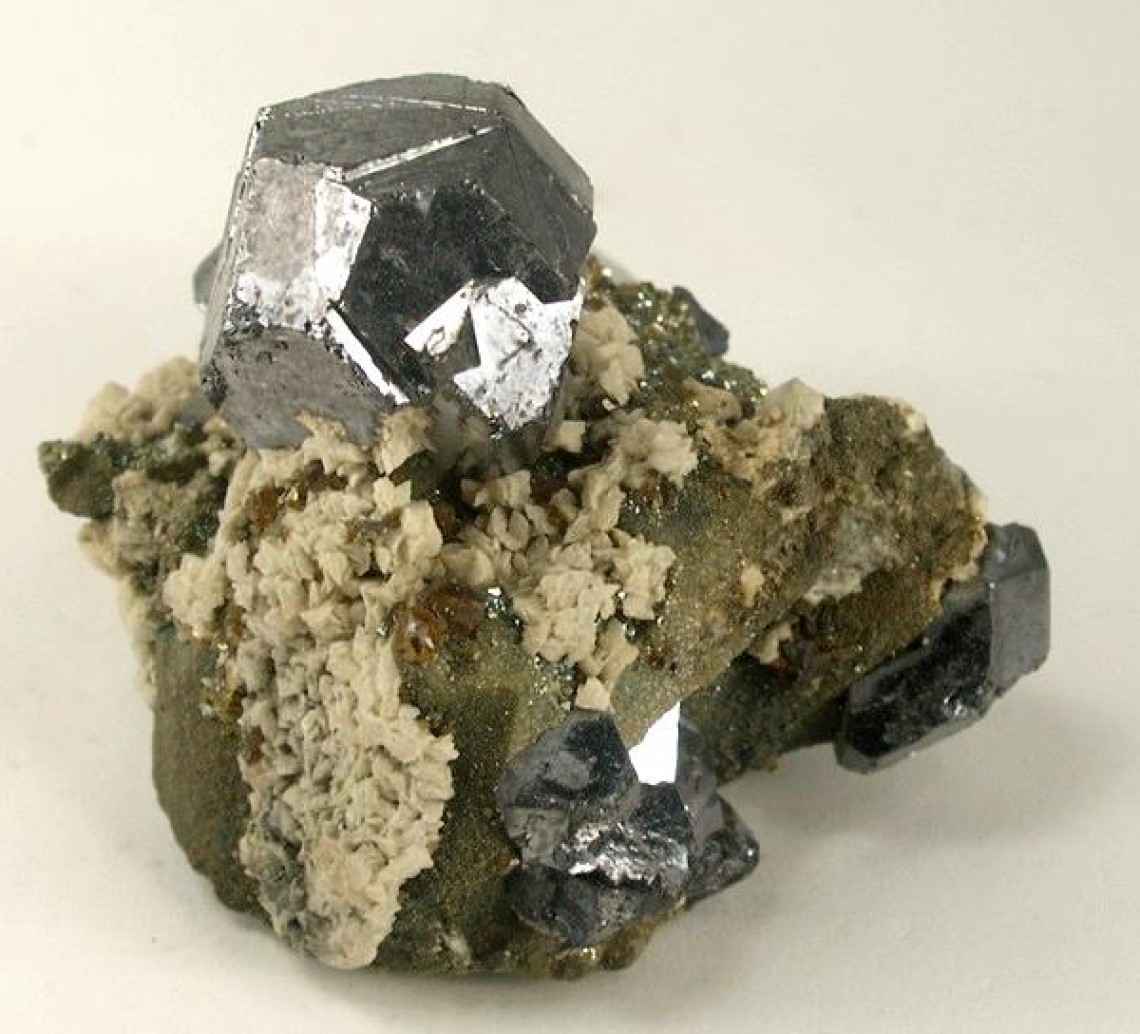 Once exposed to air it begins to oxidize and it will eventually crumble and deteriorate. It is found as concretions, single crystals, or as a replacement mineral in fossils. It is often found near the surface, in sedimentary rocks like clay, chalk, and limestone.

It is found across the world, with sites in England’s Derbyshire and Dover, Carlsbad in California, as well as Rammelsberg in Germany. There are additional locations throughout France, Russia, the Czech Republic, China, Romania, Mexico, and Peru as well. However, some of the most notable sites include Joplin, Missouri; Hardin County, Illinois; Grant County, Wisconsin; Escale Pas de Calais, France; and Guanajuato, Mexico. 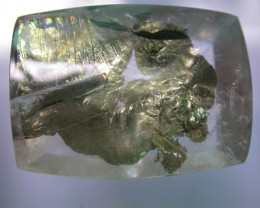 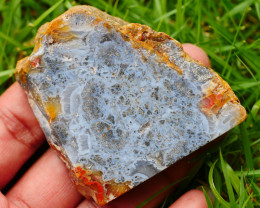 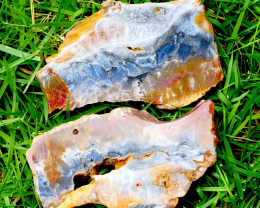 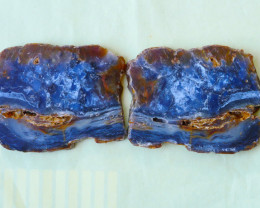