Easy
Painite - One Of The Rarest Gemstones In The World 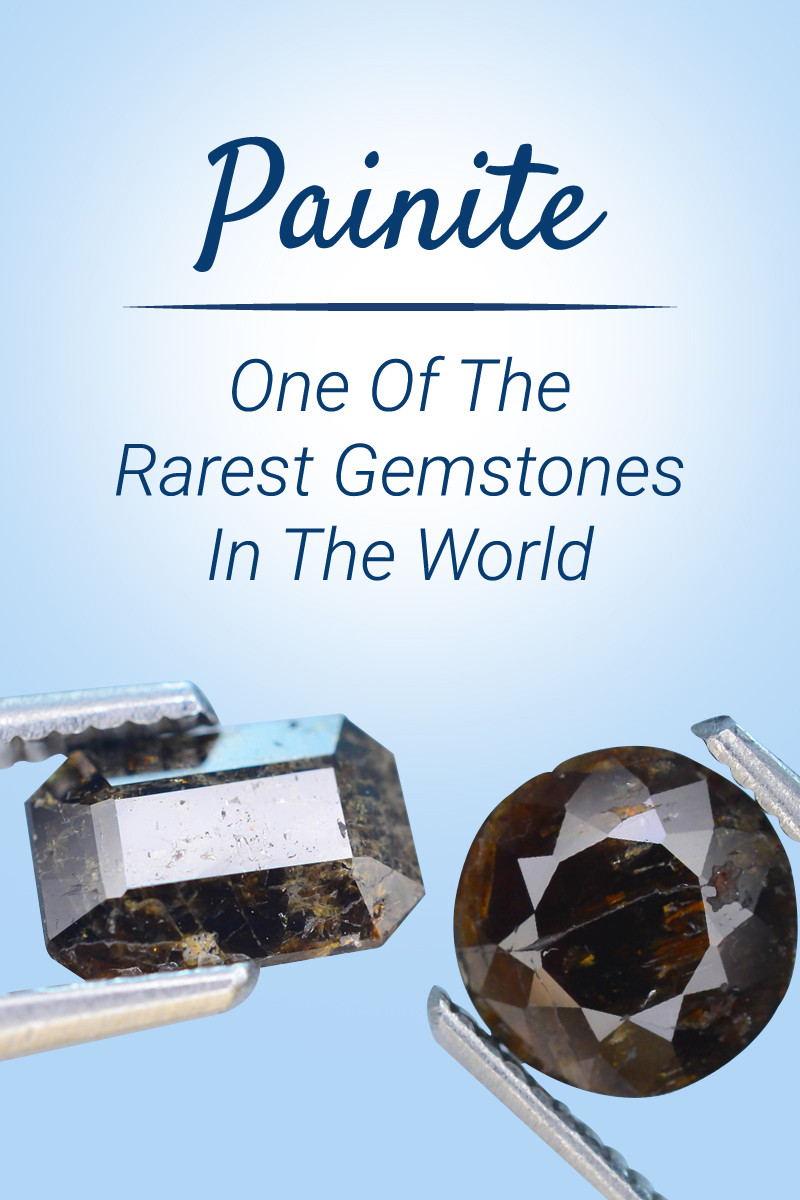 There are some gemstones that abundantly grow throughout the world, including diamonds and sapphires. On the opposite end of the spectrum are the rarest gemstones in the world. Would you believe us if we told you that there are less than 25 painite gemstones in the world? It’s hard to believe that something so rare and elusive could draw massive attention, but that’s exactly the story for painite.

The rarity of this novelty gemstone garnered global attention in 2005 when it was named the world’s rarest gemstone by the Guinness Book of World Records.

Alright, we’ve made it crystal clear: Painite is one of the rarest gemstones in the world, but why? Keep reading as we examine the value, price, and details that make painite a truly rare gemstone.

How Is Painite Formed?

Painite comes exclusively from Myanmar. It wasn’t until 1957 that gemologists discovered and inducted it as a gemstone species. From 1957 to 2001, only two additional painite crystals were discovered. When we use the term “rare” in the gemstone world, painite is a prime example.

From 2001 and onward, thousands of painite crystal fragments have surfaced, but there’s a caveat. For a crystal to qualify as a gemstone, it must be faceted. In other words, rough specimens are cut by lapidaries into gemstones as we know them. In the case of painite, all that rough material is essentially unusable.

For the most part, painite seems like the perfect gemstone. It’s durable, ranking 8 on the Mohs hardness scale, has a rich, deep red color, and exhibits radiant brilliance. Bottom line: painite makes for a gorgeous gemstone. So, what’s the problem? The majority of rough painite has deep inclusions and fractures. When gem cutters create gemstones, they typically cut out all inclusions and work with the cleanest part of the material. Because painite is highly flawed, there’s little material to actually work with.

Despite these deep inclusions and fractures, when an expert lapidary gets their hands on a painite rough, the result is one of the rarest jewels you’ll ever find. 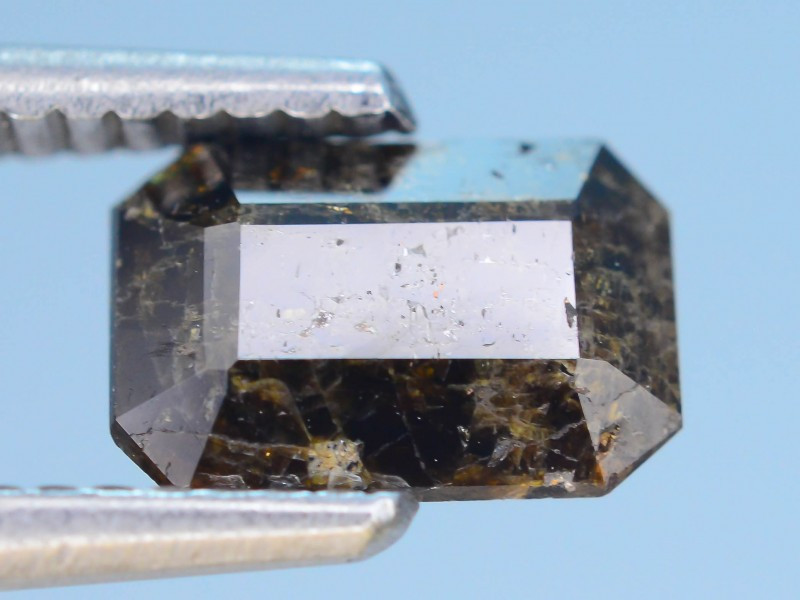 Why is Painite So Rare?

One of the primary reasons that painite is one of the rarest gemstones in the world is that it comes exclusively from one region - Myanmar. Most gem-quality painite roughs come from gravels in the Mogok region. And painite is only one jewel that bedazzles the riverbeds; others include glittering sapphires, spinels, and rubies.

How many painites are there in the world? Less than 20 years ago, there were only three known painite crystals in the entire world. From the first two discoveries of painite in 1957 to the fourth discovery in 2001, gemologists and miners have intensified their search for this semi-precious and ultra-rare gemstone. It wasn’t until 2005 that workers struck an outcrop yielding thousands of painite specimens.

If thousands were found, why does painite remain so rare? Ultimately, the unique characteristics of painite make it extremely rare.

Characteristics and How To Identify Painite

There are two chemical elements that rarely join forces in nature: boron, a celestial element living in both space and the earth’s crust, and zirconium, a transition metal. The juxtaposition of these two elements results in one of the rarest gemstones in the world: painite.

And that’s not the only unique characteristic of this rare jewel. The color of painite is a striking, deep reddish-brown. The gemstone’s coloring and specific gravity, or density, align closely with rubies. Some varieties of painite have actually been wrongly identified as garnets or rubies.

Of course, the chemical elements, birefringence, and refractive index separate painite from similar gemstones. It’s not always easy to know how to identify a painite gemstone. There are many variables involved, and when one or more is off, a gemstone can be misidentified. Such is the case for painite. In fact, the Natural History Museum in London exhibited a brown tourmaline stone that later turned out to be a painite! Now, the first two discovered painite gemstones shine from within the same museum.

It takes a highly trained eye and extensive examination to identify a painite. The key factor is to look for the distinguishing factors that separate it from ruby, spinel, almandine, or garnet. Painite has feather-like inclusions, a hexagonal crystal structure, and features strong dichroism, or multi-coloration.

Another differentiation is that painite has a refractive index of 1.78-1.82, whereas rubies are 1.76-1.77. These numeric figures might not seem drastically different, however, the refractive index is one of the most vital details when identifying an unknown specimen. Refractive index denotes the way the light passes from one medium (like air) to another (the gemstone).

We’ve covered all the unique features of painite, which leads to an important question: what is the value of painite per carat? 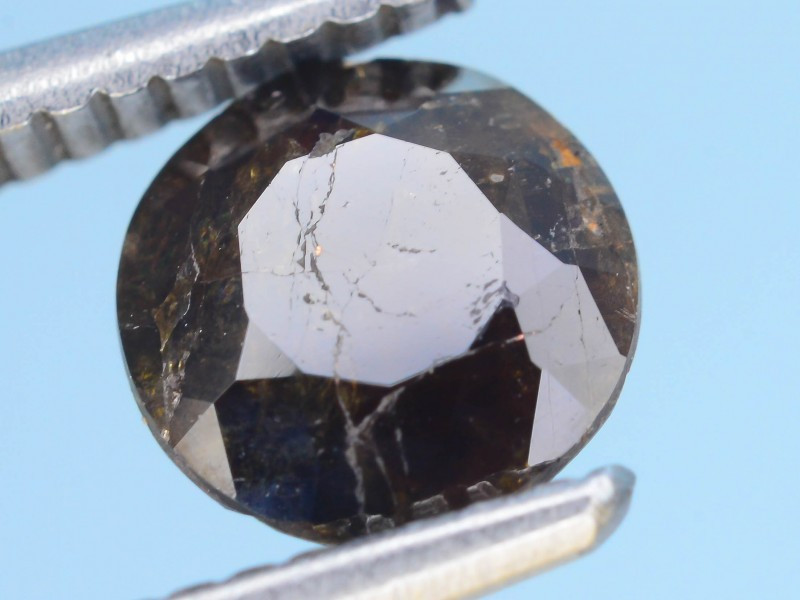 The truth is that you likely won’t get your hands on a high-quality painite unless you are a collector or willing to pay thousands of dollars. Small, low-quality painite crystals are abundant. However, these low-quality stones aren’t as appealing or desirable as gem-quality crystals. Still, if you want to hold one of the rarest gemstones in the world in your hand, you can fetch cheap painite crystals for $30 USD and up.

If you want to buy rare, gem-quality painite, you can expect to pay a small fortune. The best painite crystals sell for up to $60,000 USD per carat. That’s a lot of money for a tiny gemstone, but it just happens to be one of the rarest in the world.

Another option is to buy rough Burmese painite, which costs around $1,000 USD. There’s no disputing that painite is one of the rarest gemstones in the world, and collectors will pay top dollar to get their hands on one.

There are fewer gemstones as rare as painite, which makes it worthy of being one of the rarest gemstones in the world! 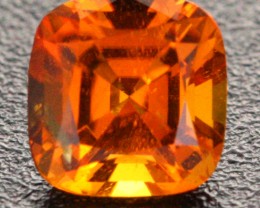 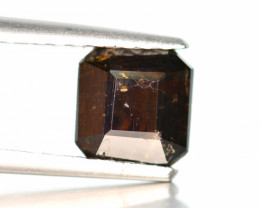 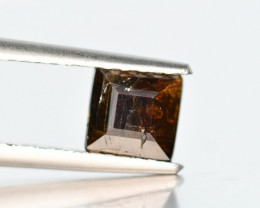 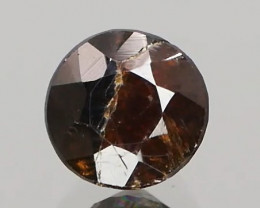 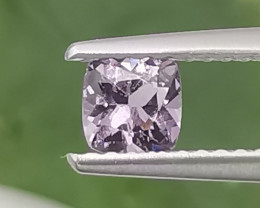 Related categories Pearls with one hole, Painite and Amethyst Gemstones