Which Minerals are Used in Sandpaper? 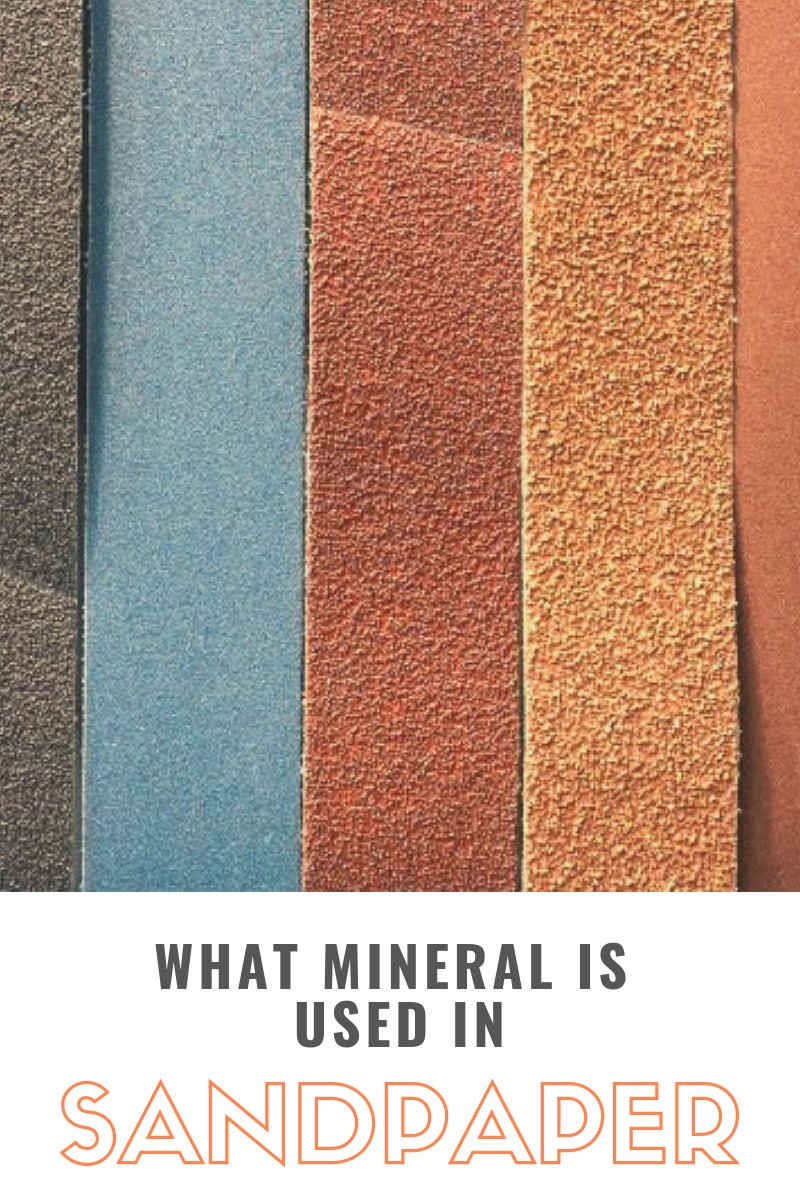 If you’ve ever painted or built something, you’ve likely become acquainted with sandpaper. Holding sandpaper in your hand and knowing it’s composition are two different things. Have you ever stopped to think about what sandpaper actually is? Moreover, how is it made and what minerals are used in sandpaper? Sandpaper is commonly used in woodworking, however it’s also used by metalsmiths and by jewelers.

Like many tools and utilities, this man-made item is constructed with natural minerals from the earth. Which minerals, you ask? Well, there are actually four main minerals used in the different grits of sandpaper. The minerals used determine the sandpaper grit.

Let’s take a look at each one of the four minerals used in sandpaper.

Sandpaper requires abrasive particles, also known as grit. In order for a natural mineral to be abrasive it needs to be hard, tough and sharp. These qualities enable the sandpaper to sand away the material effectively. That said, there are a variety of sandpaper grits.

Softer grits of sandpaper are used for smoothing and polishing materials including wood, metal, rocks, stones and more. The grit of sandpapers range from course to extra fine, and the particles and minerals used determine which level of grit to use.

Here are the four main abrasive minerals used in sandpaper

When Aluminium Oxide is smelted, it turns into synthetic Sapphire. So in other words, the abrasives on sand paper is actually Sapphire! 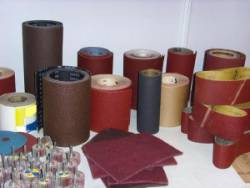 You may understand Garnet as a popular gemstone, however in its natural state garnet is a mineral found in the earth’s sediments and soils. The main garnet mineral used for sandpaper is called almandine. This mineral is sharp and harder than finer-grain quartz based sandpaper. Garnet is used for a variety of utilities including countertops, blasting, cutting and as jewelry gemstones. Garnet is great for sanding due to its virtuous roughness. It has a reddish orange hue from its mineral base and has strong cutting power. The result of sanding with garnet sandpaper is a smooth, soft finish.

Ceramic sandpaper is often mixed with other abrasive minerals. For example, ceramic is sometimes called alumina zirconia because it is an alloy composed of aluminum oxide and zirconium oxide.

This is a great type of sandpaper for versatile surfaces including both wet and dry sanding. Silicone carbide is a rare mineral found naturally as moissanite. This mineral is grainy, sharp and best used for smoothing and polishing materials. Silicon Carbide is an abrasive mineral that has been used for sanding since the late 1800s.

Sanding Stones and Rocks with Sandpaper

Although sandpaper is popularly used for woodworking, painting and finishing, it is also effective at sanding rocks and gemstones. For example, when rocks and stones are dug up from the earth, they’re often jagged-edged and rough. Sanding them creates a shiny, soft luster and smooth finish desired for jewelry use. The sanded and polished stones are used as ornaments for jewelry, pendants or home decorations.

Most stones and rocks require a sanding and polishing process before they’re placed in jewelry. 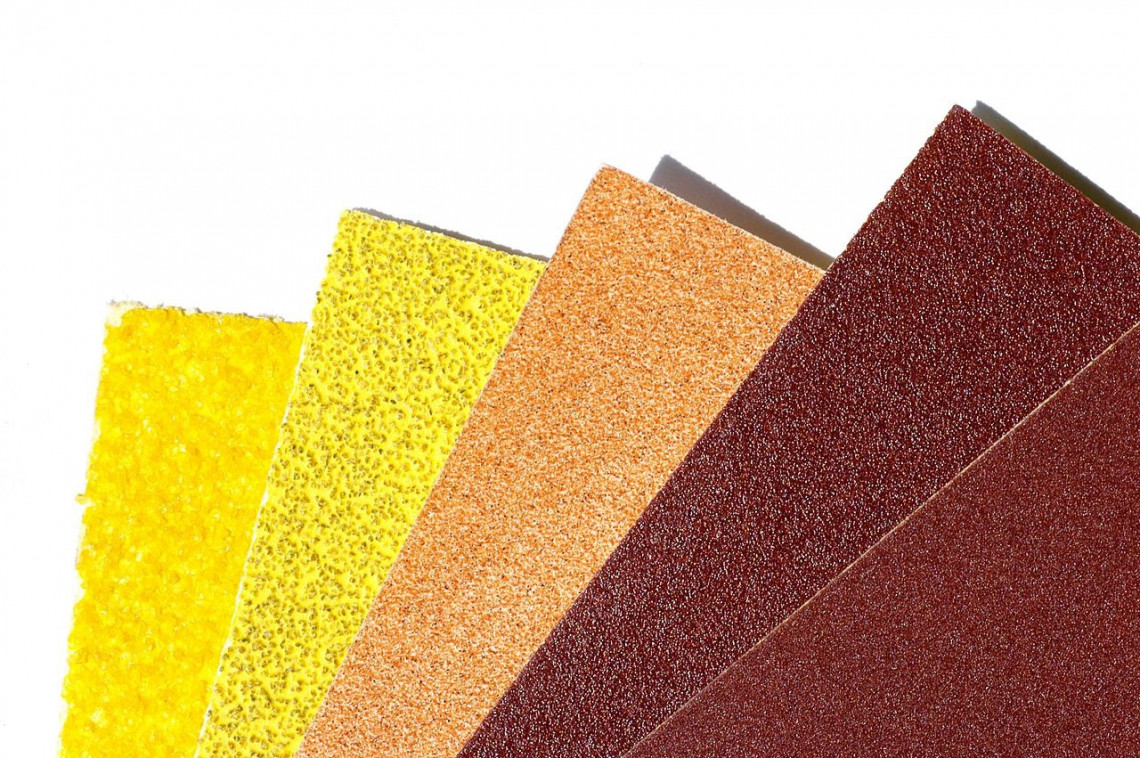 How stones are sanded for jewelry

The important component to sanding jewelry items is to understand the grit system. Metalsmiths and jewelry makers will often start with a finer grit to avoid taking away too much of the stone.

First the stones or gems are cleaned with hot soapy water, then they are grinded. Usually, jewelers or metalsmiths will use a dremel to grind the stones and gems into an attractive and desirable shape. Once the shape is determined, the stones and gems can be sanded for more acute shaping.

Although the shape has been primarily decided, sanding allows for final shaping and detailing. In order to shape the stones, a coarse sandpaper is used to smooth out the rough edges. However, if a stone’s shape is already mostly set or if a gem is of softer material, a finer sandpaper can be used for shaping.

Finally, once the shape and smoothness is set, the polishing begins. A medium grain sandpaper sands the rock into its desired smoothness. Then an ultra-fine sandpaper is used to polish and finish the stone or gem.

Sandpaper is often used to sand stones and rocks, however it can also be used to sand metals or smooth out abrasions or scratches.

Which is the most popular mineral used in sandpaper?

Now that we’ve discussed the four minerals popularly used in sandpaper, the question remains: which one is most popular?

The truth is that it depends on the job. That said, the two main categories of sandpaper minerals are silicon carbide and aluminum oxide. Within those categories there are coarse and fine grits available, but it boils down to what task the sandpaper is being used for.

Almandine is a garnet mineral that’s commonly used as sandpaper. You may recognize the name garnet as it also moonlights as a gorgeous jewelry gemstone. This versatile mineral is an abrasive utility and also a delicate stone.

We’ve only touched the surface of the incredible diversity of the garnet mineral and gemstone. Learn more about the crystal shape and clarity of garnet.

SHOP FOR STONES USED IN SANDPAPER 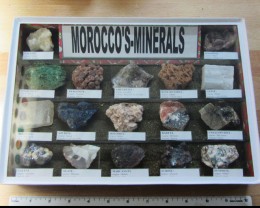 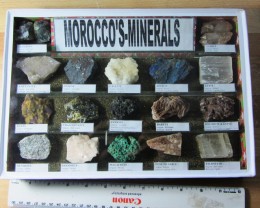 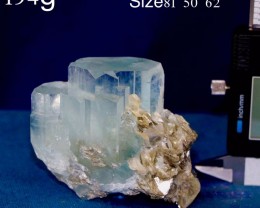 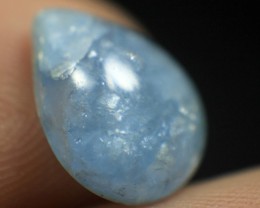