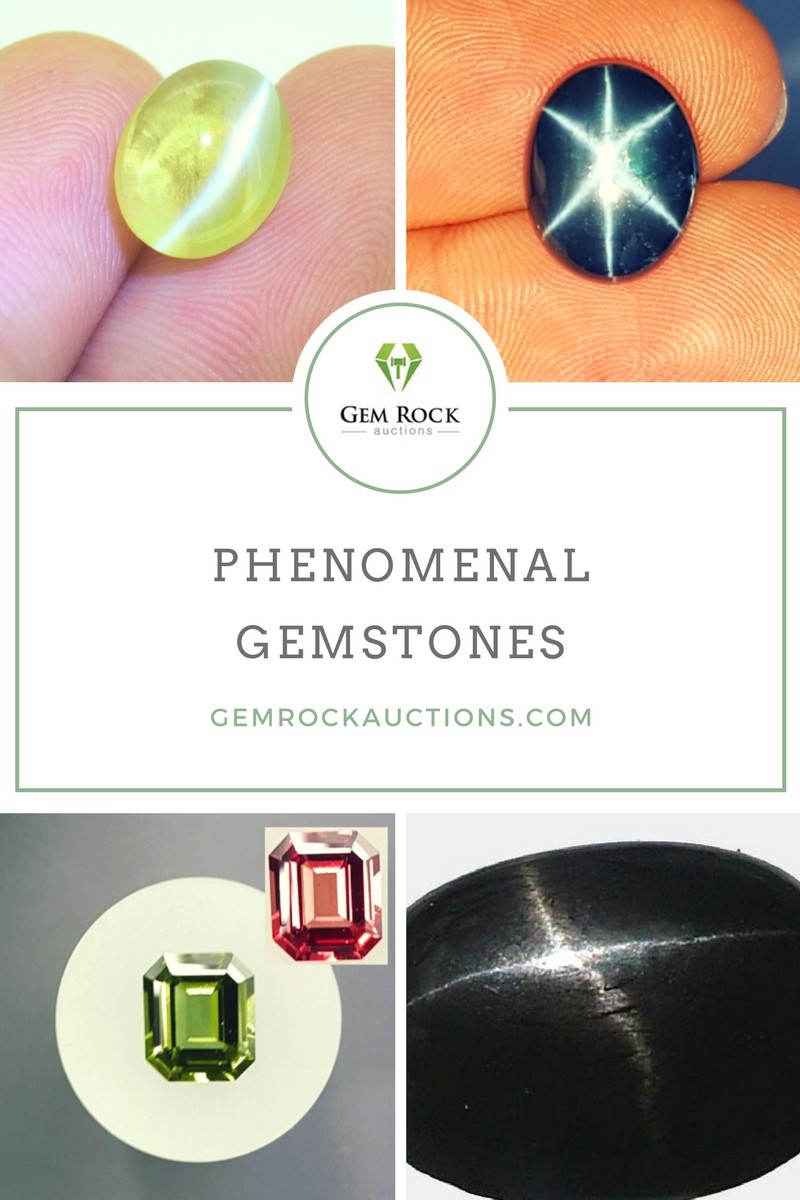 For those who might not know, phenomena refers to rare or unique optical effects that come as a result of changing lighting conditions of a gemstone.  So what special optical properties are worth talking about?

First off, the Star Sapphire displays an effect known as asterism which is a good example of a phenomenon. For the most part, Sapphires feature long needle-like inclusions that intersect. When you cut the gemstone as a cabochon you’ll find crosses of the needle right in the center. When light shines on the intersecting needles you’ll see the reflection of a star.

So How Can You Identify A Star?

The very first thing you should know is that a star is likely to be 4 to 12 rays radiating outward from a central point. Sapphires are generally 6 star Sapphires while other gems like Diopside are generally a 4 star. The rays tend to follow the primary source of light as it travels over the surface of the stone. It’s important to note that not all gemstone cutting styles can exhibit this effect — they need to be cut or fashioned in a special way. Gemstones or minerals that displays asterism are cut as a cabochon; the style is easily recognized by its dome-like appearance.

Chatoyancy is yet another optical effect that may be exhibited by some gemstones. For the most part, a well-cut chatoyant gemstone has the tendency to display a sharp bright line of reflected light triggered by fibrous inclusions inside the gem. It’s good to know that you have a higher chance of seeing this effect when it’s cut as a cabochon. For those who might not know, the word chatoyant is derived from a French phrase that means “eye of a cat”. If you have a cat, you can relate when we talk about the characteristic slit that runs through the center of the eye. This is precisely where the term “cat’s eye” come into play. This effect is most famously exhibited by the mineral Chrysoberyl. 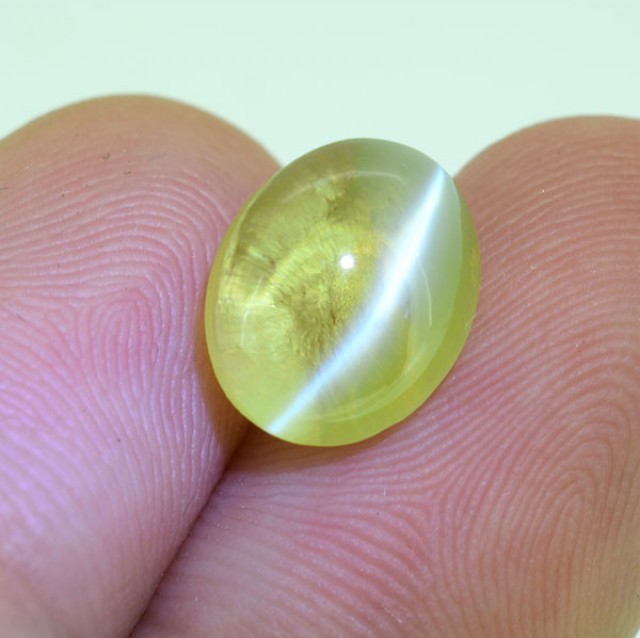 This effect is typically seen in the gemstone Chrysoberyl. When you shine light through the side of the mineral, you’ll find that one half will appear milky while the other half remains clear. And of course, when you reverse sides, the clear side will turn milky and the milky side will be clear. 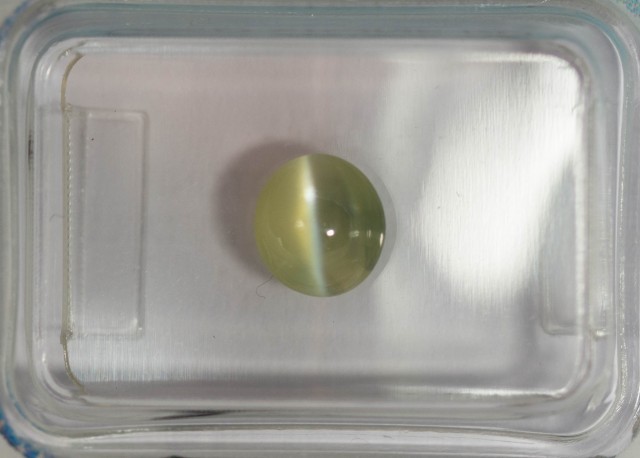 This is yet another effect that you’re likely to see in Chatoyant materials. The opening and closing effect is exhibited when you shine light through the side of the stone and rotate it by 45 degrees. The highlight of this effect is that cat’s eye opens and closes when the stone is rotated 45 degrees.

Color-change or photochromism is another phenomenon that’s common in gemstones like Alexandrite. For the most part, the gemstones change colors when exposed to bright light followed by incandescent light. It’s good to know that the most valuable gems usually change from green to red. Think about the stone changing color like a traffic light. And of course, you can tell that the material is precious if it displays an intense color change. 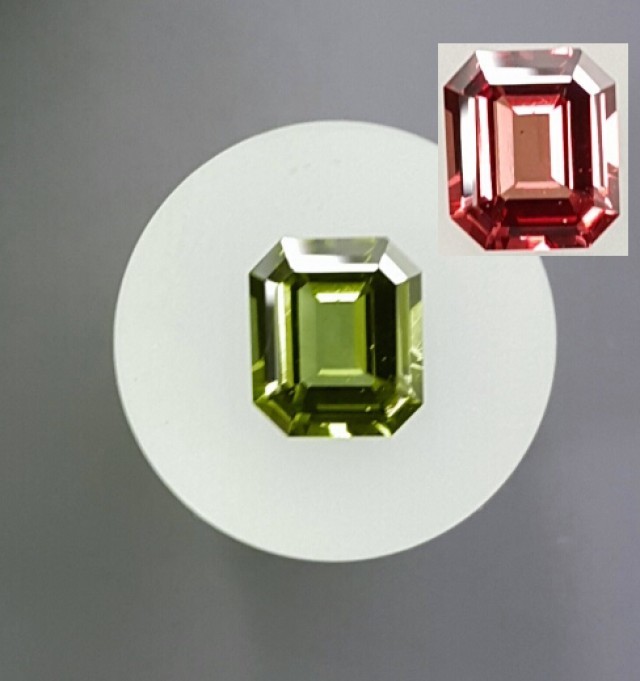 So there you have it! With all that has been said, you can tell that phenomenal gemstones are an incredible creation of nature that you wouldn’t want to miss. Stars, Cat’s Eyes or color-change stones — all three are perfect and truly amazing. See if you can find some today and add them to your collection. 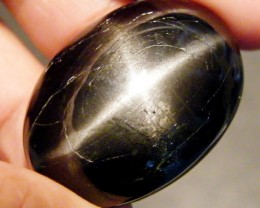 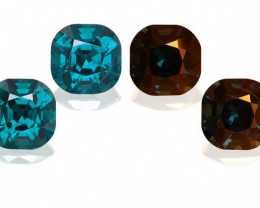 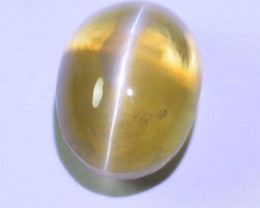 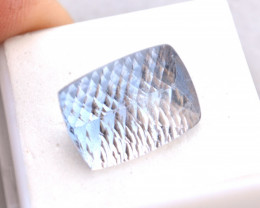 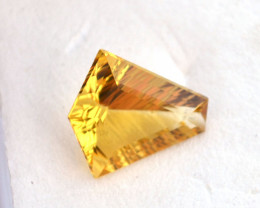 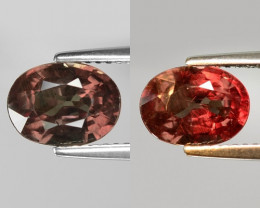 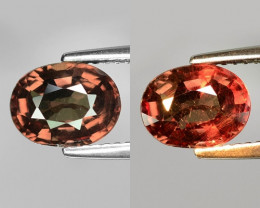