Easy
A Glossary of Gemstone Faceting Terms for Beginners 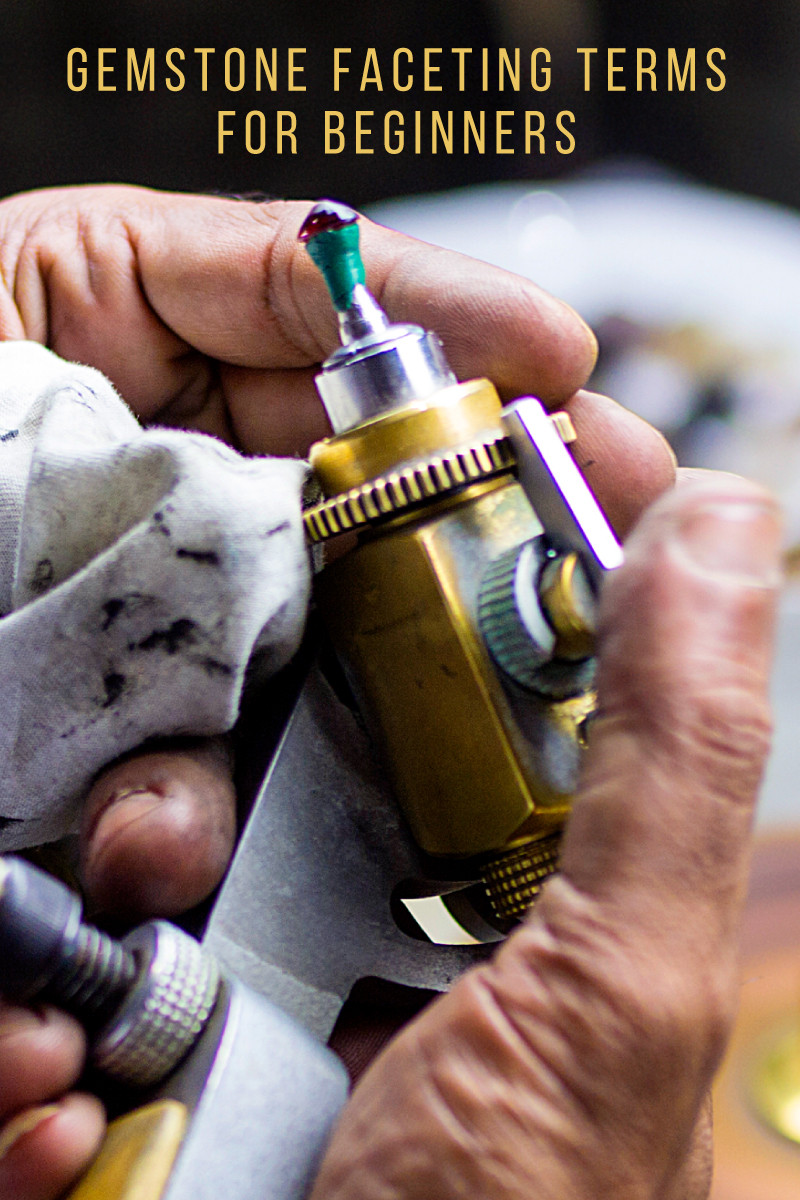 The world of gemstones is a beautiful place to explore. From sparkling jewels to decorative designs and innovative embellishments, it’s easy to get caught up in the allure of it all. But what about when it comes time to discussing these design concepts? It’s no secret that gemstone and faceting vernacular is complex.

Like any industry, gem cutting has its own set of terminology. As a beginner, it’s easy to get overwhelmed by the abundant vocabulary. Even as a seasoned gem cutter, it helps to have a glossary on hand for those tip-of-the-tongue lapses in memory.

That’s where we come in! Throw this glossary of gemstone faceting terms in your back pocket to quickly reference important terms. Ready to dive in? Let’s get to it, starting right at the beginning.

Acetone is a solvent containing oxygen, hydrogen, and carbon. Together, these three chemical elements assist jewelers in the process of breaking apart the molecules in glue and dop wax.

Alignment is the act of positioning a gemstone in a way that the crown break facet aligns with the pavilion break facets to transfer the stone into jewelry.

The invisible lines in which the gemstone grows. The axis can refer to the A-axis (depth), B-axis (depth) or C-axis (length). When a gem is cut symmetrically, the axis is an imaginary line passing through the vertical center.

A boule is a manmade, artificial gemstone made to recreate a natural element. It’s used as a synthetic replica of naturally-occurring spinel and corundum, which allows for certain jewelry pieces to be sold at a lower price point.

The brilliance of a gemstone is a way of describing how readily light reflects off of the surface of it. The way the gemstone is faceted influences its respective brilliance.

A caliper is a jewelry-specific tool used to measure dimensions of gemstones, such as the axis point.

CAM stands for the Center Point Angle Method, which is the process of cutting temporary pavilion facets to project the desired shape of the stone.

Like grams and pounds, a carat is a unit of measurement that denotes a gemstone's weight.

When gemstones have cleavage, it means that they break near-perfectly along a straight line.

The color absorption of a gem denotes the wavelengths of light that are absorbed, rather than reflected, by a gem. The colors that a gemstone absorbs are not visible.

Some remarkable gemstones have the exquisite ability to change colors. Others simply appear a different color under certain light, heat or irradiation.

Essentially this term refers to any gemstone that has color.

Many rough gems do not have color evenly seen dispersed across the stone, rather pockets of color in specific zones.

The crown refers to the top of a faceted gemstone. It’s a wide, flat view that allows you to look generously through the top of the stone.

This is the term used when looking through the pavilion angle, and the way light enters and is completely refracted throughout the stone. The result is an excellent distribution of light and in turn sparkle.

The bottom point of a gemstone that ends in a single point, or the bottom cut that is parallel to the stone’s girdle.

If you’re a gemstone cutter or polisher, this term refers to you! Cutting is the term referencing the actual act of faceting a gemstone. However, the term cutter is used for diamonds, whereas faceting is more often used for cutting colored gems.

The depth of a gemstone is a measurement that expresses the length from the bottom of the gem to the nearest culet point.

One of our favorite terms, naturally! While the name might seem obvious, it represents two classes of diamonds: colorless and colored.

Light dispersion refers to the way light passes through a gem. The dispersion effects depend on the particular gem, but essentially, the way light is dispersed will determine the colors that you see from the exterior of the stone. Dispersion of light is an important feature of gemstones that feature a flash of fiery colors, like diamonds.

This is a tool used to attach a gem to a metal post and secure it in place for faceting.

Made primarily out of shellac material, dop wax keeps a gemstone securely attached to the dop. Whether the gem is placed on a dop or a metal post is up to your preference, but the wax makes sure it doesn’t waver while you work. The term, “Dopping” refers to attaching a stone to the dop with dop wax.

Double refraction is this incredibly fascinating phenomenon where wavelengths of light split into two separate beams at a certain point within the gem. This phenomenon doesn’t occur in every gemstone and helps gemologists identify which gemstones are double refracted.

Would you believe us if we told you an eye clear simply means that the gem in question has zero noticeable blemishes? Because that's exactly what it means! Eye clean gemstones are highly valuable and rare. 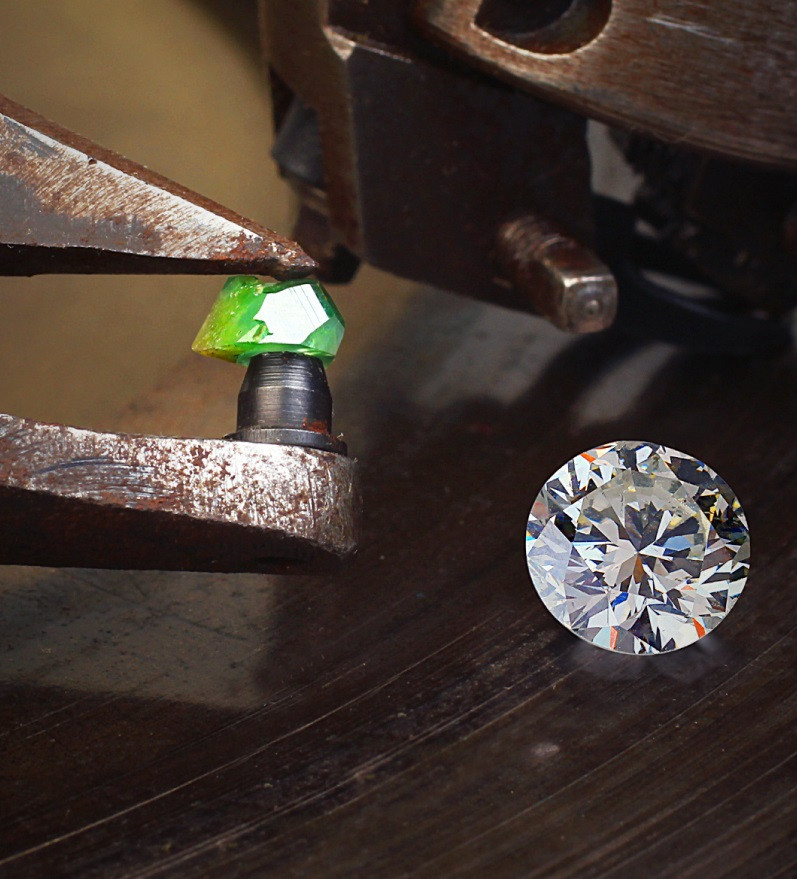 In jewelry lingo, a facet is any flat surface that’s cut on a gem.

The term used to describe cutting and polishing the cuts and flat surfaces of a colored gemstone. Remember: the term cutting has the same meaning but refers to cutting diamonds.

An important piece of the faceting machine that contains:

The process in which jewelers cut and polish the new facets, or cuts, on diamonds.

The flame source of a gemstone is the tool of choice used by jewelers for melting dop wax before transferring a gemstone to the dop itself.

This refers to all noticeable imperfections found in and/or on the gemstone. Flaws refer to just about everything under the sun, including gas bubbles, inclusions, and fractures, to name a few.

What is a gem? From a wonderful person to a diamond in the rough, gems are simply put, cut and polished the rough stone.

The plastic containers that host your collection of gemstones.

Pre-folded papers made from wax or coated plastic that are used to protect the gemstone.

A specialized tool for jewelers featuring a spring-load for maneuvering gemstones.

A line made to distinguish between the crown and pavilion facets of the stone.

Used for polishing gems, this product is made with chromium oxide polish.

During the cutting and polishing process, grit is an abrasive material that is ground up and perfect for polishing.

Dimmed reflection of an incandescent bulb which allows light to pass through the surface of the stone and illuminate defects.

When faceting a gemstone, knowing its hardness will tell the jeweler how easy, or difficult, it will be to cut the gem. Hardness is measured by the Mohs scale in numeric sequence from 1 to 10. Diamonds are the hardest gemstone in the world with a Mohs rating of 10.

This is also known as a positive stop and denotes the point at which a faceting machine can no longer move through the gemstone because the quill is forced to stop.

The bottommost part of a facet, which is located closest to the dop.

This is a metric gear on the faceting quill which jewelers use to set the desired circumference of the cut or facet.

Jewelers set their desired index number on the index gear. The positions are 0-120, with 0 being the highest number and 120 being the lowest.

The process of calibrating, re-calibrating, every setting on the faceting machine before starting to facet a new rough cut. 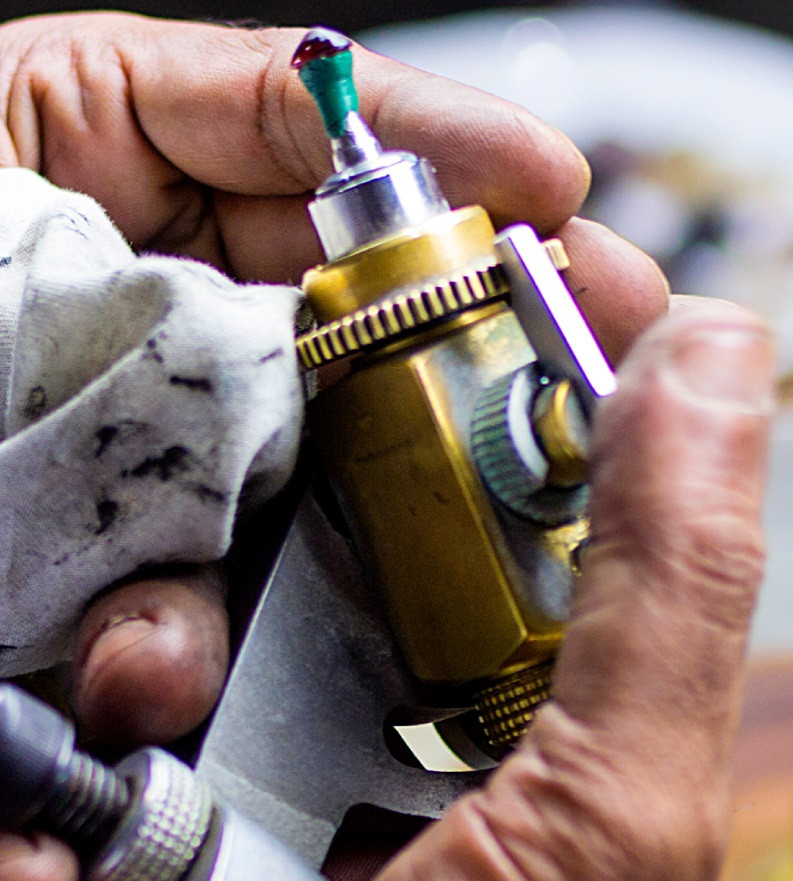 The opposite of a culet, a keel doesn’t result in one single point, rather a rounded cut.

As a saw cuts through a gemstone, a small channel forms called a kerf. The width depends on the width of the saw blade, grit, and vibrations from the process of cutting the channel.

A common cutting tool made from either oxide polish or diamond grit.This rotating, abrasive disk cuts and polishes a gemstone.

A traditional Latin term synonymous with “cutter” or “faceter” A Lapidary is a person who cuts gemstones and polishes them.

This is a device used to magnify the visual field so that a faceter can look up-close at the miniature details of a gemstone.

These are the most noticeable cuts in a gemstone. Located either on the crown or pavilion, the main facets spawn from the girdle to the crown table.

The mast is less about gems and more about the faceting process itself. When using faceting machines, faceters secure the faceting head to the mast before cutting.

The meet is where two facets, well, meet. And a meet point is where 2+ facets come together.

This is the metric by which all minerals and gemstones are measured for hardness. Gems with the greatest hardness value will score a 10 on the Mohs scale, whereas the least hard gemstones receive a value of 1 on the Mohs scale. As a general yardstick: Diamonds rank #10 and talc ranks #1.

Just like a basic rough, a natural rough is an uncut gemstone made entirely of natural materials.

Another magnifying device that enhances the viewpoint of the faceter.

We’ve talked a lot about pavilions so we might as well define the term, right? The pavilion refers to the bottom half of a gemstone, below the girdle.

Some materials are so minuscule that they aren’t weighed by carats, but instead by point, which is 1/100 of a carat.

While "polish" is often used as a verb, as in “I’m going to polish this gemstone,” the noun refers to a surface that’s been well-polished. Example: The polish on this gemstone is impeccably even.

The quill is a small piece at the tip of the faceting head and it keeps the dop in place while the faceting machine goes to work.

This refers to the way light bends as it passes from the air and through a stone.

A number denoting the ratio by which the speed of light passing through air compares to the speed it passes through a gemstone.

A raw, uncut specimen of material that will become a gemstone.

When light breaks up within a gem, scintillation measures the degree in which it disperses into smaller flashes of light.

Symmetry is a reflection of the facets of a gemstone and how they look as a whole. When there are even numbers of facets on a gemstone’s surface, the gemstone has symmetry.

The table of a gemstone is the facet that is located on the crown of the gem, typically 90 degrees from the center axis.

A tier is a row of facets that are of equal height around the gem.

A metric that enables faceters to acutely adjust the quill on the faceting machine to a precise tenth of a degree.

The vertical axis of a gem is an imaginary line that passes through the centermost point of the stone. Starting at any of the culets, this axis stretches from a culet to the center point.

There you have it! With this glossary of gemstone faceting terms, you’re well on your way to becoming a master faceter! 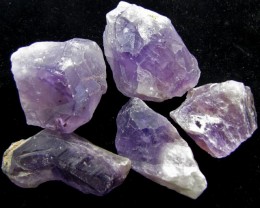 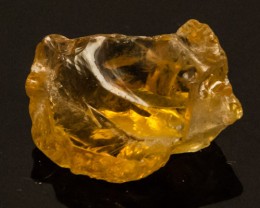 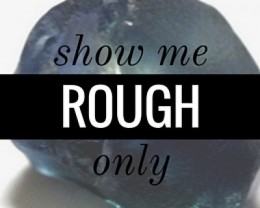 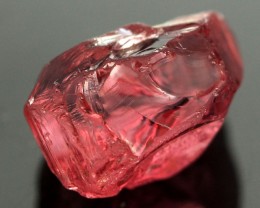 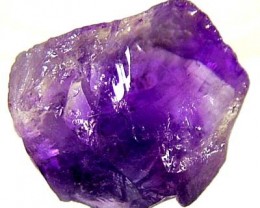 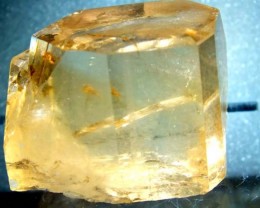 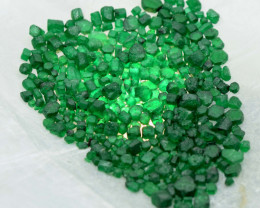 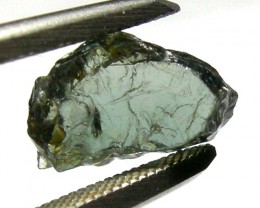