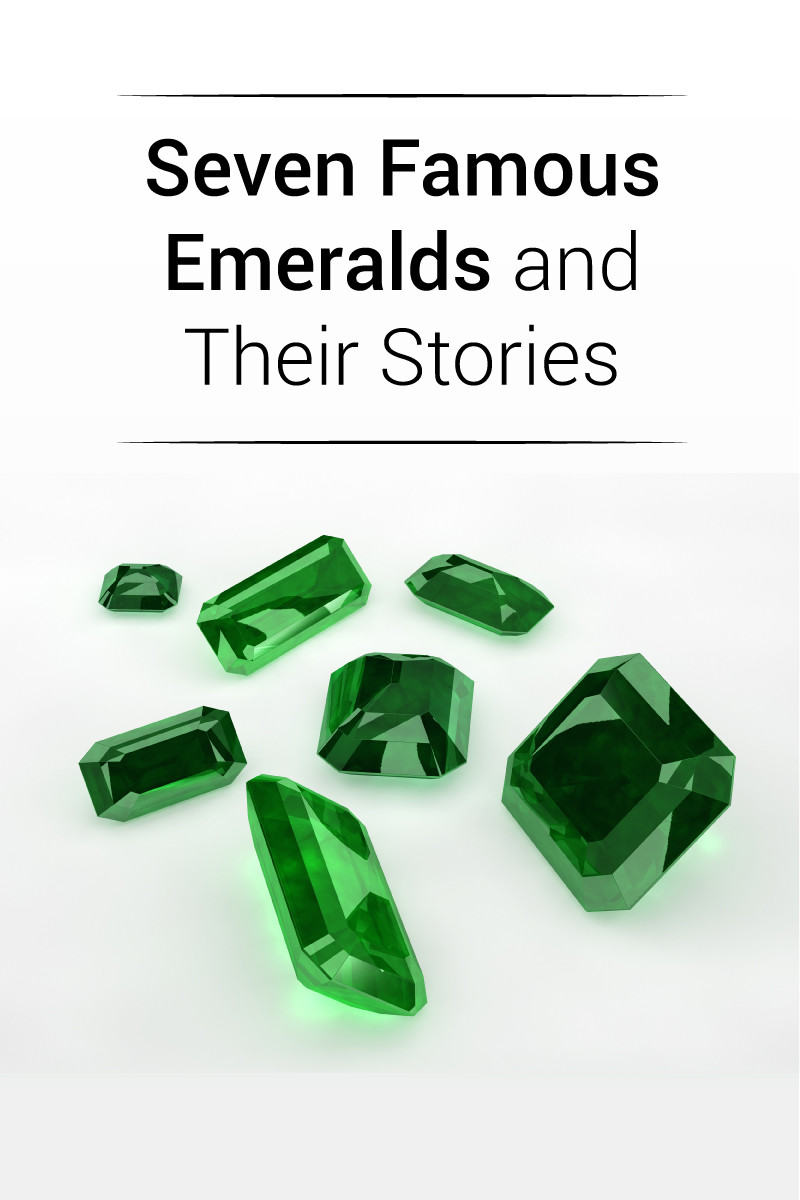 The earliest records of emeralds trace back 4500 years to Prisse Papyrus, the world’s oldest book. The name “emerald,” is a Persian word that simply means “green gem.” Make no mistake about it: there is nothing simple about emerald gemstones. Throughout history, prominent women like Jackie O, Queen Elizabeth II, and Princess Diana have bejeweled themselves in emeralds.

Most recently at the 2018 Golden Globe awards, emeralds were the choice accessory and political statement worn by style icons Catherine Zeta-Jones, Zoë Kravitz and Halle Berry.

What are emeralds known for and do they have significant symbolism? This brilliant and bright gemstone is full of optimism, signifying growth, renewal and hope. One hundred years ago, the Suffragettes wore emerald accessories during their march toward voting equality for women.

And that’s only recent emerald history, which stretches back through millennia covering diverse cultures and civilizations. From the Incas and Aztecs, Spanish conquistadors to Russian royalty, Indian talismans to the fictional capital city of the land of Oz, Emerald City; emerald history is filled with captivating stories.

Read on as we travel down the yellow brick road to unveil the vibrant histories of the most famous emeralds in the world.

One of the most famous precious stones is also a world-traveler. Originally hailing from Colombia after the Spanish conquest in the 14th and 15th centuries, it became the centerpiece of a dazzling diamond and emerald necklace owned by Indian Maharani, Sita Devi. Years later following a depleting divorce, the Chalk Emerald made its way to the U.S. via jeweler Harry Winston. Finally in 1972 after a jet setting spree, the emerald settled into its final home, The Smithsonian. In addition to its global history, the Chalk Emerald weighs 37.8 carats and is famous for its velvety rich green color. 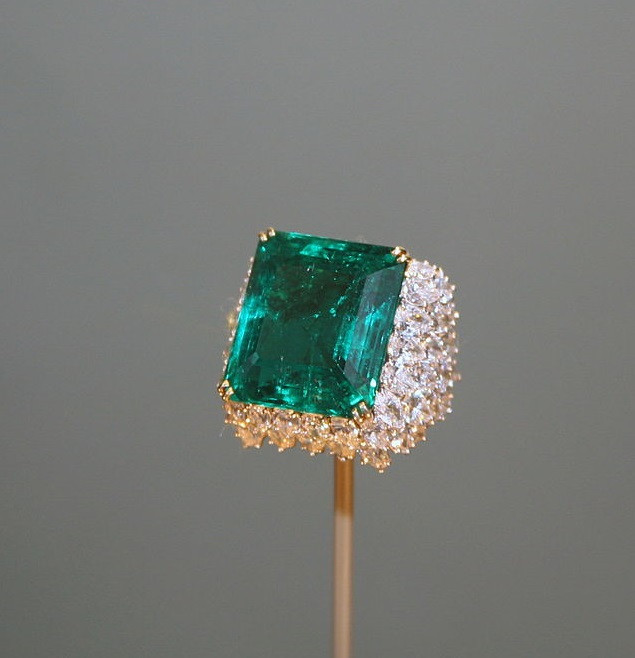 Weighing a massive 752 pounds, the Bahia Emerald is the largest single shard of rough emerald ever discovered. This huge uncut emerald crystal comes from Bahia, Brazil and is still embedded in its host rock. The $400 million emerald was stolen in 2008. It's now protected by the U.S. government after an extensive legal dispute over rightful ownership. 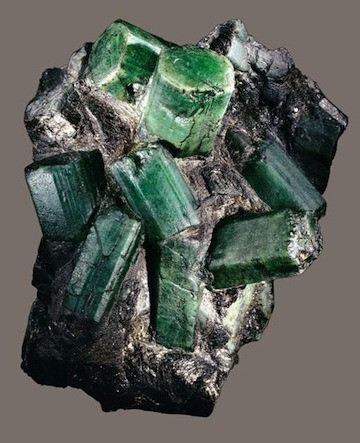 Few royal jewelry items survived the Second French Revolution in the 19th century. One exquisite artifact is the world-famous emerald and diamond tiara worn by French Duchess, Marie Thérèse. Affixed with over 40 sparkling green emeralds, the tiara belonged to the daughter of Marie Antoinette and Louis XVI. In 1830 the royal family fled into exile where Marie Thérèse died of pneumonia. Today the famous tiara with an even more famous history is a staple of French nobility and on display at the Louvre.

Another famous Colombian emerald is the Atocha Star, although it never embarked on such extravagant travels as the Chalk Emerald. That’s because in the early 17th century the Spanish ship Nuestra Señora de Atocha sunk off the coast of Florida. According to the few survivors of the shipwreck, aboard the ship’s cargo were treasure troves of silver, gold and of course, emeralds. The seafloor collected most of the 60-70 pounds of treasure and it wasn’t until 1985 that a troupe of divers led by Mel Fisher hunted six pounds of the centuries-old ship cargo. Among the Atocha’s recovered jewels was the Atocha Star, a famous 12.72-carat emerald. It’s no wonder why this emerald became famous:

First the product of a shipwreck, the Atocha Star, a preserved uncut stone, was faceted to less than half its size. In 2016 the gemstone, set in an 18-lb solid gold eagle statue, was stolen and is still missing. 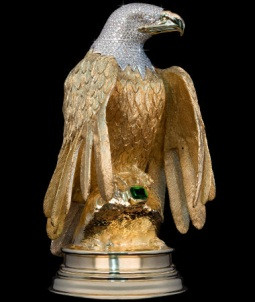 The Crown of Andes

Perhaps one of the greatest artifacts containing world-famous emeralds is the result of a community offering. In 1590 after disease plagued the Americas, a small community of mountain people in Popyán, Colombia wanted to flee in fear of disease. After a Catholic priest persuaded the people to stay and pray to the Virgin Mary for protection, smallpox never came. To thank the Virgin for her protection, the entire community donated emeralds and gold and six years later, the Crown of the Andes was complete. The largest emerald in the crown weighs 45 carats. The crown is now estimated to be worth $2.5 million and is on display at the Metropolitan Museum of Art in New York City. 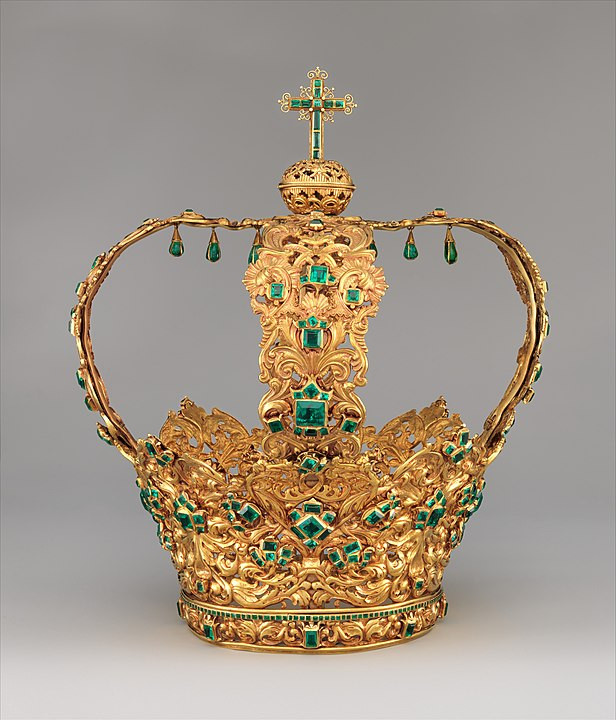 The largest cut emerald in the world came from another Spanish shipwreck. The Isabella Emerald was used as a bargaining chip by Spanish conquistador Hernán Cortés, who offered the emerald to Spanish royalty in exchange for continued support. While the exchange was never transacted, Cortés gave the emerald to his wife as a gift. In the late 18th century, the Cortés family shipped 100 emerald-filled chests to Spain but the ship never made it. After 200 years of floating somewhere on the sea-floor, the chests were recovered and in them, 1 million carats of rough emeralds and 100,000 carats of polished emeralds.

One of the most famous precious stones in emerald history is the Mogul Mughal. Originally from Colombia and sold to India to Muhal Emperors, this emerald is a 219-carat talisman featuring engravings of Arabic scripts and a Shi’a Muslim prayer on one side. On the other side of this famous emerald is an intricate floral carving. In 2001, the Mogul Mughal Emerald sold for over $2 million at Christie's London auction. 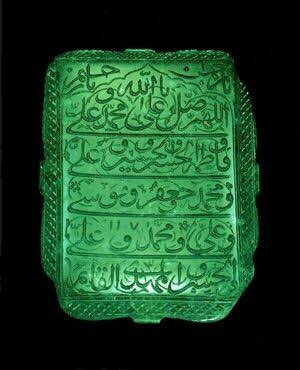 We did say 7, but let's look at one more! Legend has it that the Maximilian Emerald belonged to the last Aztec King, Cuauhtémoc. How did it become the Maximilian? The first French president and last monarch of France, Napoleon III, appointed Austrian Archduke Ferdinand Maximilian as Emperor of Mexico to imperialize Mexico. Maximilian had previously explored Brazil and acquired his namesake emerald. Seven years later the Mexican Republic executed the imposter. The Maximilian was eventually purchased by American business mogul, Marjorie Merriweather Post, who set it in a ring. In the 1960s Post donated the famous emerald ring to the Smithsonian. 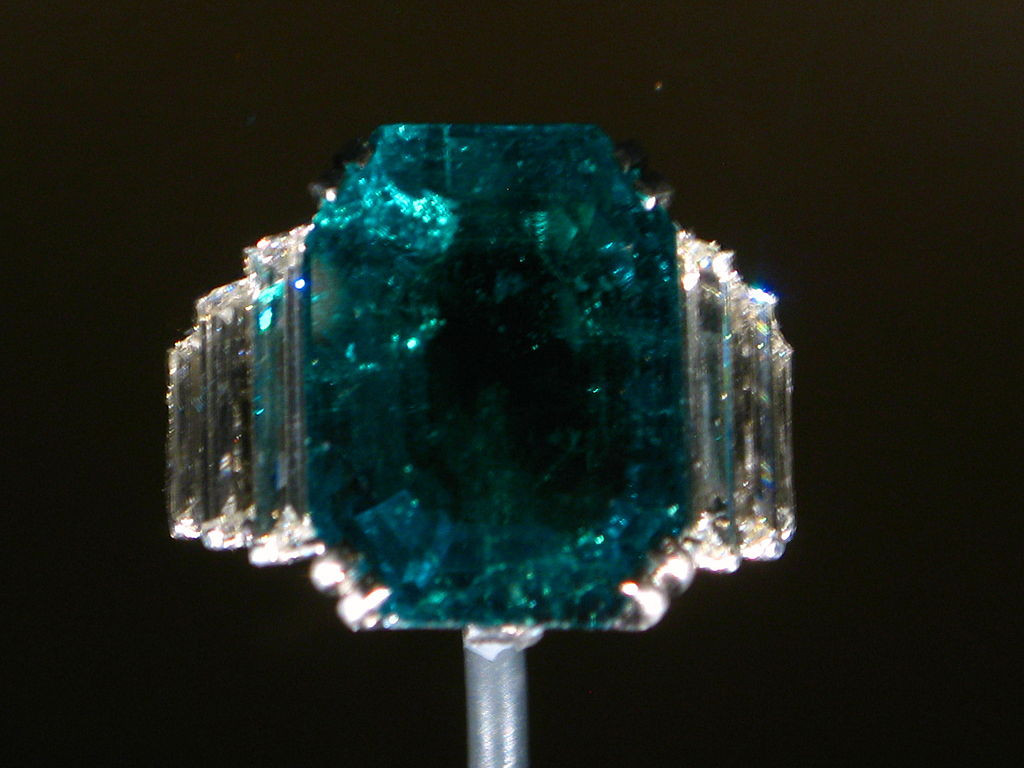 As you can gather from these fascinating stories, emerald history is full of exciting stories. While each has different characters, locations and details, an emerald becomes famous not only by its physical characteristics but its provoking history.

Ready to add an emerald to your unique story? Browse our catalogue of loose emeralds. 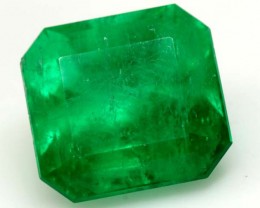 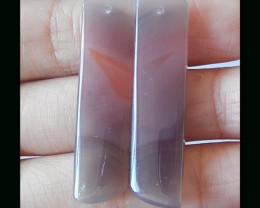 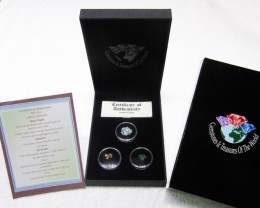 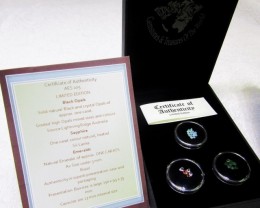 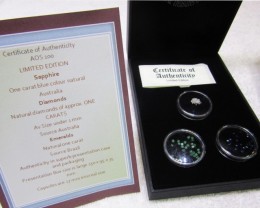