One of the latest phenomena that are being exhibited in museums is fluorescent minerals or in simple terms, rocks that glow. These rocks and stones put on an amazing show for the public and really show off every shade that they are coloured with. This spectacular occasion is created by science and light to encourage people to enjoy the marvel of what nature can create. But what exactly are fluorescent minerals and how does emit a glorious rainbow of so many colours?

What Are Fluorescent Minerals?

Fluorescent minerals are not as wonderfully special as it might seem, but they certainly are unique. All minerals have the ability to reflect light which is why we see them and why they shine. However, some minerals contain a very interesting property called fluorescence. These minerals have the ability to absorb a small amount of light at a time and then temporarily store it. An instant later it is released at a different wavelength. This change in wavelength allows the person who observes it to see different colours inside of the mineral. This colour feast is best observed when the minerals are placed in the dark and they are illuminated by an ultraviolet light. During this process they release visible light.

The key component to making this magic show happen is fluorescence. This occurs when the mineral is illuminated by a specific light with a specific wavelength. The type of wavelengths that usually trigger fluorescence are x-rays, ultraviolet rays (UV), and cathode rays. As soon as these lights are focused on the minerals, they activate susceptible electrons within the mineral’s atomic structure. These activated electrons then jump into a higher orbit within the structure for a small period of time. As soon as they come back down to their original orbit, a small amount of energy is released in the form of light. This release is then known as fluorescence.

The light that is released often has a different wavelength to the source of light under which the mineral was exposed to. This is what produces the change of colour in the mineral. The glow of the rock will continue for as long as the mineral is illuminated by the proper light that emits the proper type of wavelength.

The history of the fluorescent mineral is very interesting and dates back to the 19th century. The first person to observe this phenomenon was George Gabriel Stokes in 1852. He found that fluorite had the ability to produce a blue glow that went way beyond that of violet light found on the colour spectrum. This is where the name ‘fluorescence’ got its name from. Since then the term has become known in a wide range of subjects and disciplines such as biology, optics, minerology, and gemology.

Most minerals do not have a noticeable fluorescent quality to them, which is why these minerals are so unique. There are only about 15% of minerals that contain fluorescent qualities that are visible to the naked eye. Even then some of the minerals in that percentage might not deliver a fluorescence that is easily seen. Fluorescence usually occurs when ‘activators’ are present within the mineral. These activators are specific impurities which typically consist of cations of metals like tungsten, molybdenum, lead, boron, titanium, manganese, and uranium. Rare earth elements have also been known to have fluorescent properties and these include minerals such as europium, terbium and yttrium. Other minerals that might portray fluorescent properties are those that contain impurities within the structure.

Some minerals can also reject an activator if it is not the right sort of metal. Minerals might not be fluorescent if iron or copper are present. These metals totally dampen the effect of fluorescence and can even eliminate the effect completely. If you want to try and experiment with fluorescence on your own, you have to make sure that these metals are kept away from the minerals at all times. It is better to stick to the metals that are listed above for an amazing effect.

Many specimens that contain fluorite have a strong fluorescence and it might be possible for the observer to take it outside in the sunlight and then back in the shade to view the colours it produces. Fluorite usually glows a blue colour under a long-wave and short-wave light, but there has been cases where it glowed cream or white. The best method to use for minerals to fluoresce is the use of a UV light and a dark environment. You can also make use of a scientific-grade lamp that is used in mineral studies, but these lamps are not as easy or as affordable to find as a UV light. Whichever light you choose to use, remember to make sure that you are using proper eye protection, and avoid shining the UV light directly onto your skin as this can cause sunburn.

In today’s modern world, these advances of ‘glowing rocks’ can be used for scientific purposes in the fields of mineralogy and even petrology. Geologists can find certain types of oils in stones by letting a small amount of UV light shine in the openings and looking at the light it emits. These little minerals have the ability to lighten up our entire world by just letting their colours shine.

BUY YOUR OWN FLUORESCENT MINERALS 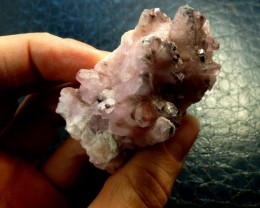 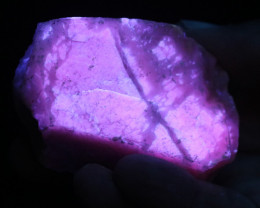 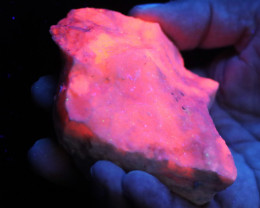 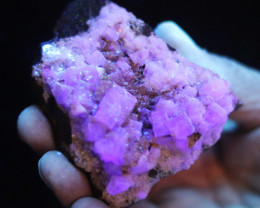 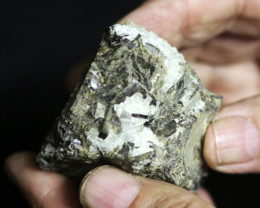