Oregon Sunstone, the official state gem of Oregon, is a rare form of colored plagioclase Feldspar known as Aventurine Feldspar or precious Labradorite. Sunstone is known for their iridescent glow they sometimes exhibit when viewed in sunlight. This glowing phenomenon, called Aventurescence, is thought to be caused by tiny copper plates in thin layers usually parallel to the cleavage plane of the stone. The sunstone’s most abundant color is a pale yellow or champagne color. Some of the crystals are glass clear.

Colored sunstones come in pink, orange, red, rootbeer, green and blue green. The color is usually located in the center of the rough where it is surrounded by clear stone. The green sunstones exhibit dichroism whereby they appear red when turned various angles up to ninety degrees. Sometimes sunstones exhibit a shiny copper shiller that adds beauty to the stone. Some sunstones exhibit color change similar to Alexandrite. The sunstone crystal possesses perfect cleavage and minimal bifringence. It is considered triclinic and exhibits twinning or double crystals on occasion. 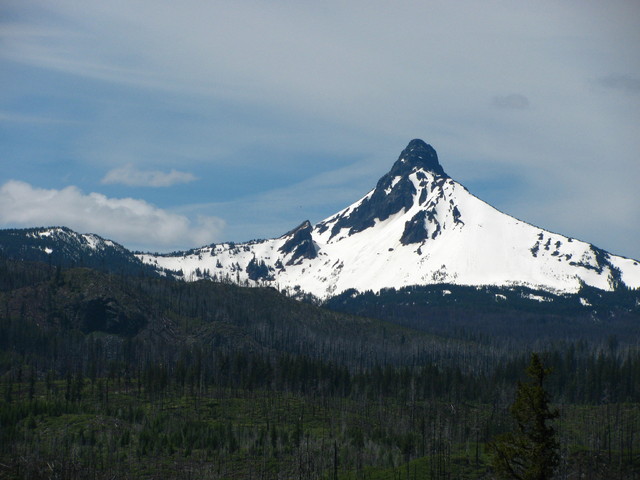 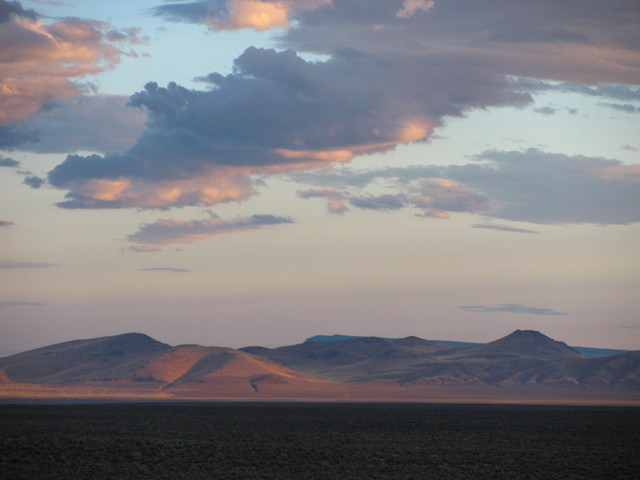 No two sunstones’ color patterns are exactly alike except for the champagne or clear stones. To match two sunstones, say for a pair of earrings, one must cut them both from the same stone. Even then, matching is a challenge. Where they are found Sunstones with saturated natural deep colors are found only in South Eastern Oregon in the Hart Mountain Antelope Preserve Area near Plush – a small town whose only store is a gas station, restaurant and grocery store.

There is another deposit that was located just outside of Burns Oregon some 75 miles to the Northwest. Since Oregon Sunstones were discovered only about 60 years ago, not much is known about them. However, they are growing in popularity as a precious gem very rapidly. Red sunstones have been found in archeological digs of Modoc Indian tribes. The Indians traded them with other tribes and used them for personal decoration and primitive jewelry. Geology Millions of years ago, in the Miocine era, the Lake County area of Southeast Oregon area experienced extreme geological upheaval with widespread volcanic eruptions with ensuing volcanic flows which covered the valley from the Steens Mountain Range some sixty miles to the east.

The crystals of sunstone formed deep in the lava and eventually made their way to the surface where they were first discovered. The crystals first formed in small pockets of crystalline “mush” which later melted into amorphous pockets of crystal in the andesite lava. The crystals were exposed to ionic copper, iron and other elements to form the various colors found today. Over millions of years the crystals were exposed to natural earth radiation that also added to the color. The sunstone area is located in the Hart Mountain Valley near the antelope preserve. After the earth colled, the area was covered by a deep lake that led to led to the decay and breakdown of the basalt which had trapped the sunstone crystals. Today there are places in the area where sunstones can be found on the surface of the desert in public collection areas. 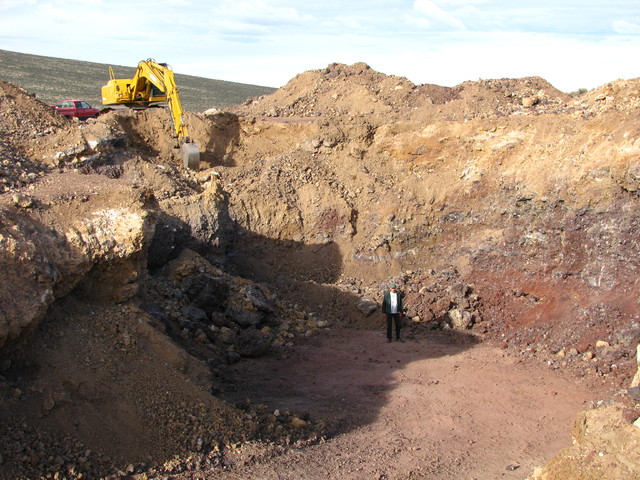 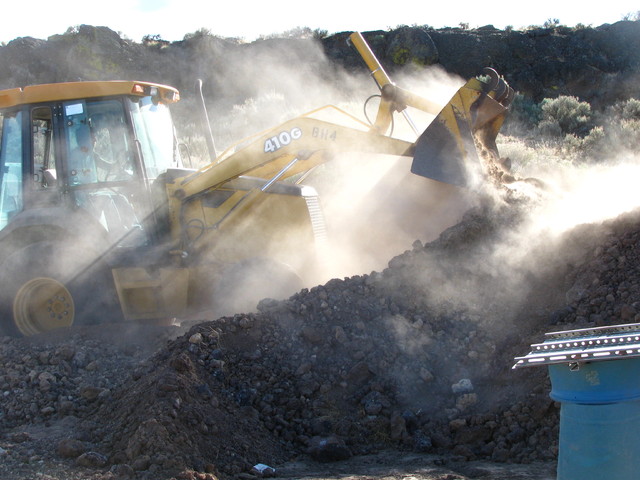 Heavy equipment is used to scoop out the decaying basalt out of open pit mines. As the basalt is broken up, many of the sunstones fall free. Many sunstones are found protruding from the basalt rocks but countless stones remain trapped and hidden in the rock. The mine muck is then processed by one or two different methods. One method is to simply dump the dirt on large screen tables and picked through with small hand tools. The other method is to screen the muck through large 4 inch screens onto smaller screens of one half inch mesh.

This gets rid of the sand and dirt leaving behind only rocky volcanic basaltic material. This rocky material is then dumped onto large tables with smooth metallic surfaces for easier disposal and a lot less noxious sand and dust. In the end, all material must be hand searched which remains the biggest obstacle to processing and recovering large amounts of sunstones. It is hard and tedious work in a harsh climate of heat, dust, wind and sun at an altitude of 5500 feet above sea level.

The top layers of the pit are composed of sand and dirt overburden which does not contain much sunstone. As the pit is dug deeper the black and purple basalt layer is exposed. It is this layer that produces the largest and most colorful sunstones. The rough from the mine is usually covered by some matrix. In order to evaluate this type of rough, it must be tumbled to clean off the matrix. The colored rough has a colored center surrounded by clear crystal. When faceted, the point of the pavilion or culet is placed into the color. This produces an even colored stone. Some rough has been described as “Frozen Wine In a Crystal Ice Cube”. Stone Cutting Sunstones may be facetted or cut into domed cabochons.

Like any gemstone they can be faceted into round brilliants, ovals, cushion cuts, emerald cuts and trilliants in a variety of stylish cuts. Many free forms are cut in addition to the calibrated standard sizes. Most of the heavy shillered stones are cut into cabochons because the shiller can block the light from escaping through the crown table. Faceting is done both with concave facets and flat facets. Larger stones are sometimes carved into intricate forms both realistic and abstract. For faceting, the critical angle is 41 degrees. Cutting lower angles than this will form fish eyes in the stone with no light escaping the table.

The Mohs hardness of sunstone is 6.6 and it exhibits perfect cleavage with a refractive index of 5.551. Sunstone polishes easily with Ceriium Oxide powder or Cerium Oxide polishing laps. Value Sunstones vary in value from $20 per carat for clear or champagne stones to $50 to $100 per carat for colored stones. Large stones over 5 carats with deeply saturated colors can bring a price of $500 to $1000 per carat. The largest green rough found to date was 1100 carats. Called “Big Green”, it has been carved and sold to a collector. Most large stones must be cut into smaller pieces to have fracture-free rough to facet, so large intact stones over 10 carats cut are rare. In May of 2012, a new claim was opened that is producing many reds, greens and various other colored stones of high value. One large 350 carat piece of red rough produced stones weighing 8 carats, 17 carats and 25 carats.

A deep green stone was cut to a beautiful round brilliant by Master Cutter John Franke. Its value is estimated to be $1600 per carat or $24,000! The most expensive stone to this author’s knowledge is a 40 carat deep red emerald cut that sold for $40,000 to a collector. 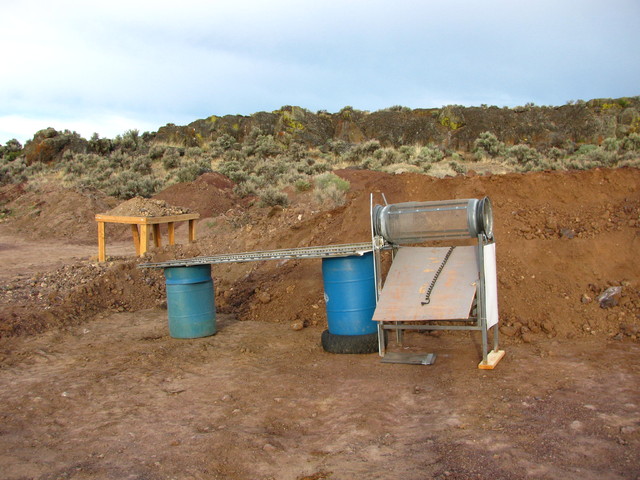 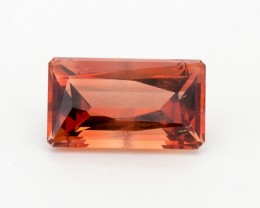 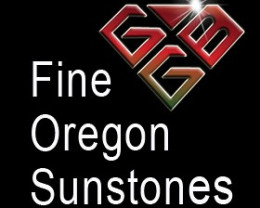 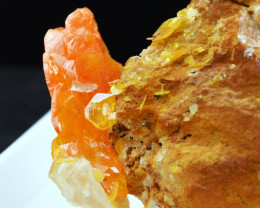 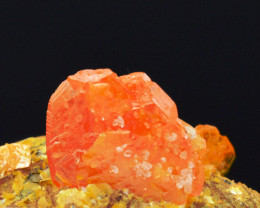 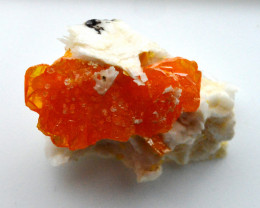 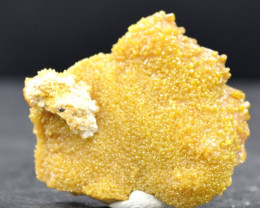