The Four Cs Of Diamond Quality

In the world of Diamonds, the “Four C’s” are the standard way to describe and compare various Diamonds. The Four C’s was developed by the GIA because at the time there was no clear way to globally describe the quality of a Diamond. Each Diamond is as unique as a snowflake so after some research the GIA decided on four factors:

While Diamonds come in almost every color of the rainbow, the color most people are concerned with is the white Diamond. The diamond color grading scale varies from totally colourless to light yellow. The differences between one diamond color grade and another are very subtle and difficult to distinguish with the naked eye.

The colored tinting found in most diamonds is caused by minute impurities within the stone. Diamond colours are graded according to letters of the alphabet, starting at D the exceptionally white and exceptionally rare, right the way through to the letter Z, the tinted yellowy/brown colour. The degree of colourlessness has an influence on its beauty and thus the price. The completely colourless diamonds are extremely rare and are priced accordingly

Out of the 4 C’s, color and cut are the two most important characteristics of a diamond. Do not compromise on color. An “H” color or better is usually best

Color treatment technological developments now allow the creation of diamonds of almost any color, either completely artificially or from natural diamonds whose color is unattractive (not clearly defined, yellowish, brownish etc). Such stones can be manufactured at will, resulting in the production of goods that are the exact contrary of what they are substituting for: They may be cheaper to buy, however their resale value is almost zero. The most common treatments in white Diamonds are HPHT treatment and laser drilling.

The clarity of a Diamond is the most obvious factor when looking at a Diamond with the naked eye. Clarity refers to the size and location of any inclusions (also known as floors) present in the Diamond. Inclusions can interfere with the light bouncing around inside the gem and can reduxe the vrilliance. They can also be seen as black “pepper” marks inside the stone.

The GIA has developed a scale that represents how this inclusions can be seen with the naked eye or with a 10x magnification. The clarity scale is:

This is one of the most complex and misunderstood characteristics of Diamond quality. While most people think this refers to the shape that the Diamond is cut into, in reality it is a lot more complex. In order to cut a Diamond, the lapidaries must try to get the biggest possible stone out of a piece of rough. In order to do that, the proportions of the Diamond might not allow the cuter to cut a stone deep enough or wide enough. What this does is allow light to leak out the sides of the Diamond instead of being directed back towards the top of the stone.

This is the feature that most people care about the most. The overall weight of the Diamond is often the talking point of the stone, not the color or the clarity. While carat size is important it can de deceiving. In terms of a quality Diamond, imagine a 2ct stone that is cut very deep, so the diameter is not very big. Even though it is a 2ct Diamond, it might not look much bigger than a 1ct Diamond from the face up. Since it is cut deep, the color could also be a shade darker. The weight of a Diamond should be the last consideration when judging Diamond quality. 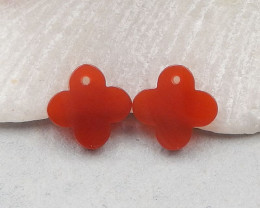 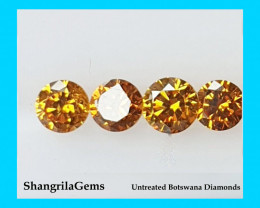 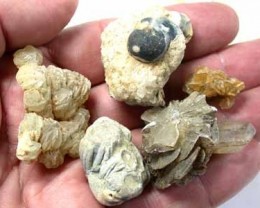