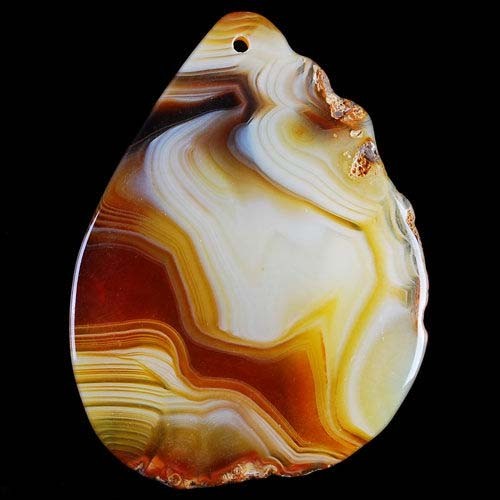 This is a very nice natural agate from Botswana....Already drilled...It will make a beautiful unique pendant...

Quartz is one of the most common minerals on earth, but the quartz family is actually made up of two separate branches. When most people think of quartz, they think of what is known as macrocrystalline quartz, which includes rock crystal, amethyst, citrine, smoky quartz and rose quartz. Macrocrystalline quartz, as the name suggests, has large crystals which can be distinguished by the naked eye. This type of quartz is mainly transparent to translucent, with a vitreous luster.

The other type of quartz is known as cryptocrystalline quartz. It has microscopically (or submicroscopically) small crystals and is usually translucent to opaque, with a waxy to greasy or dull luster. This kind of quartz has fibrous and granular subcategories. The fibrous varieties are known under the name chalcedony, but this name covers a remarkable variety of stones.

In practice, the name chalcedony refers to solid colored cryptocrystalline quartz, especially of a light color. The patterned varieties tend to have their own names. The most famous of these include agate, distinguished by its bands of colors; onyx, black and white layered (usually dyed to produce a uniform black); carnelian, a yellow-orange to reddish-orange, colored by iron; and chrysocolla, a rare vivid blue-green colored by copper.

The patterns of agate are so distinctive that a number of different varieties are commonly identified in the trade. They include eye agate, which forms ring shapes with a point in the center; dendritic agate, distinguished by its moss-like patterns; and fire agate, with an unusual iridescence. 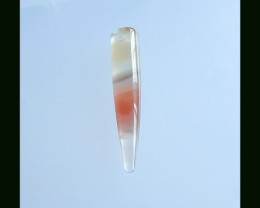 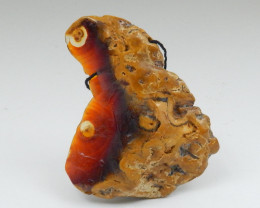 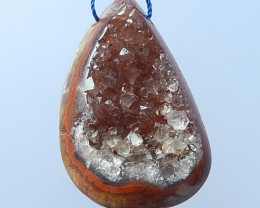 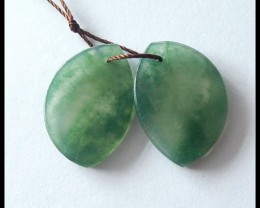 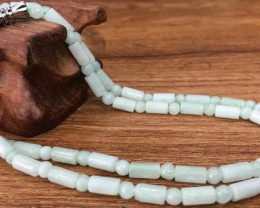 looks ok - smaller and thinner than I thought it would be 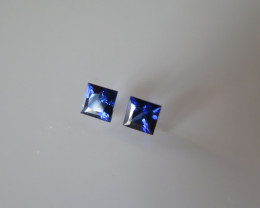 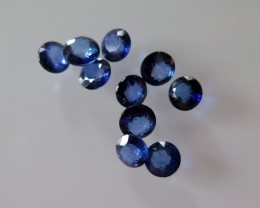 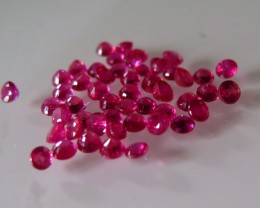 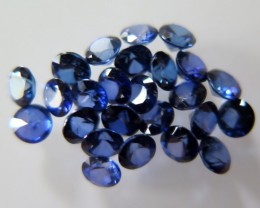 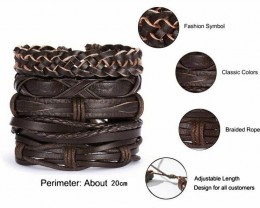 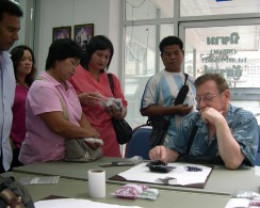