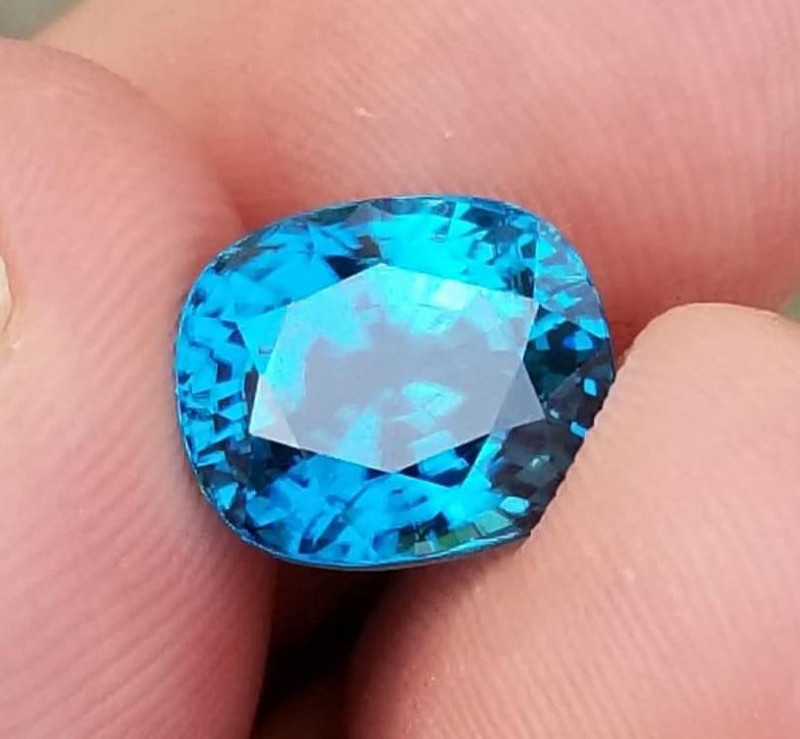 Zircon ( /ˈzɜːrkɒn/[6][7] or /ˈzɜːrkən/) is a mineral belonging to the group of nesosilicates. Its chemical name is zirconium silicate, and its corresponding chemical formula is ZrSiO4. A common empirical formula showing some of the range of substitution in zircon is (Zr1–y, REEy)(SiO4)1–x(OH)4x–y. Zircon forms in silicate melts with large proportions of high field strength incompatible elements. For example, hafnium is almost always present in quantities ranging from 1 to 4%. The crystal structure of zircon is tetragonal crystal system. The natural colour of zircon varies between colourless, yellow-golden, red, brown, blue and green.

The name derives from the Persian zargun, meaning "gold-hued". This word is corrupted into "jargoon", a term applied to light-colored zircons. The English word "zircon" is derived from Zirkon, which is the German adaptation of this word. Yellow, orange and red zircon is also known as "hyacinth", from the flower hyacinthus, whose name is of Ancient Greek origin.

Zircon is common in the crust of Earth. It occurs as a common accessory mineral in igneous rocks (as primary crystallization products), in metamorphic rocks and as detrital grains in sedimentary rocks. Large zircon crystals are rare. Their average size in granite rocks is about 0.1–0.3 mm, but they can also grow to sizes of several centimeters, especially in mafic pegmatites and carbonatites. Zircon is also very resistant to heat and corrosion.

Because of their uranium and thorium content, some zircons undergo metamictization. Connected to internal radiation damage, these processes partially disrupt the crystal structure and partly explain the highly variable properties of zircon. As zircon becomes more and more modified by internal radiation damage, the density decreases, the crystal structure is compromised, and the color changes.

Zircon occurs in many colors, including reddish brown, yellow, green, blue, gray and colorless. The color of zircons can sometimes be changed by heat treatment. Common brown zircons can be transformed into colorless and blue zircons by heating to 800 to 1000 °C. In geological settings, the development of pink, red, and purple zircon occurs after hundreds of millions of years, if the crystal has sufficient trace elements to produce color centers. Color in this red or pink series is annealed in geological conditions above temperatures of around 400 °C.

Zircon has played an important role during the evolution of radiometric dating. Zircons contain trace amounts of uranium and thorium (from 10 ppm up to 1 wt%) and can be dated using several modern analytical techniques. Because zircons can survive geologic processes like erosion, transport, even high-grade metamorphism, they contain a rich and varied record of geological processes. Currently, zircons are typically dated by uranium-lead (U-Pb), fission-track, cathodoluminescence, and U+Th/He techniques. For instance, imaging the cathodoluminescence emission from fast electrons can be used as a prescreening tool for high-resolution secondary-ion-mass spectrometry (SIMS) to image the zonation pattern and identify regions of interest for isotope analysis. This is done using an integrated cathodoluminescence and scanning electron microscope. Zircons in sedimentary rock can identify the sediment source.

Zircons from Jack Hills in the Narryer Gneiss Terrane, Yilgarn Craton, Western Australia, have yielded U-Pb ages up to 4.404 billion years, interpreted to be the age of crystallization, making them the oldest minerals so far dated on Earth. In addition, the oxygen isotopic compositions of some of these zircons have been interpreted to indicate that more than 4.4 billion years ago there was already water on the surface of the Earth. This interpretation is supported by additional trace element data, but is also the subject of debate. In 2015, "remains of biotic life" were found in 4.1 billion-year-old rocks in the Jack Hills of Western Australia. According to one of the researchers, "If life arose relatively quickly on Earth ... then it could be common in the universe. 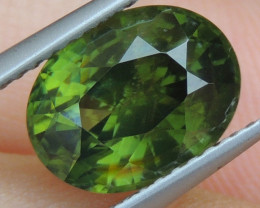 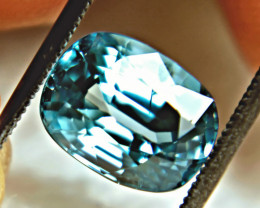 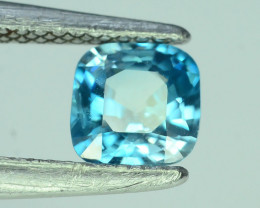 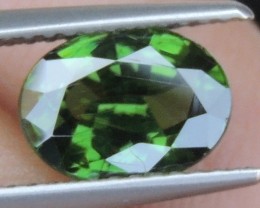 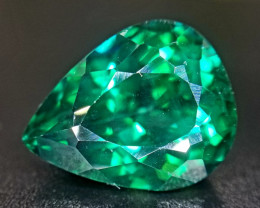 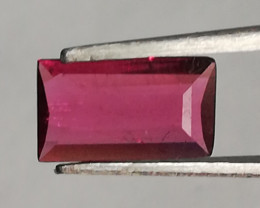 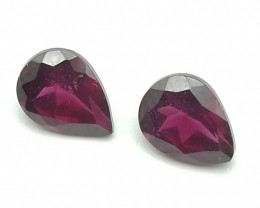 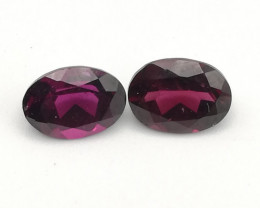 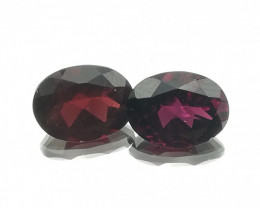 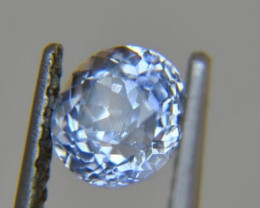 15th Aug
positive Saphir, 2.58ct, GGTL zertifiziert, top Stein, herausragende Qualität!
You have not bid on this auction.
You are winning!
You are not winning!