What Is Center-Fused Topaz? A Buyer’s Guide 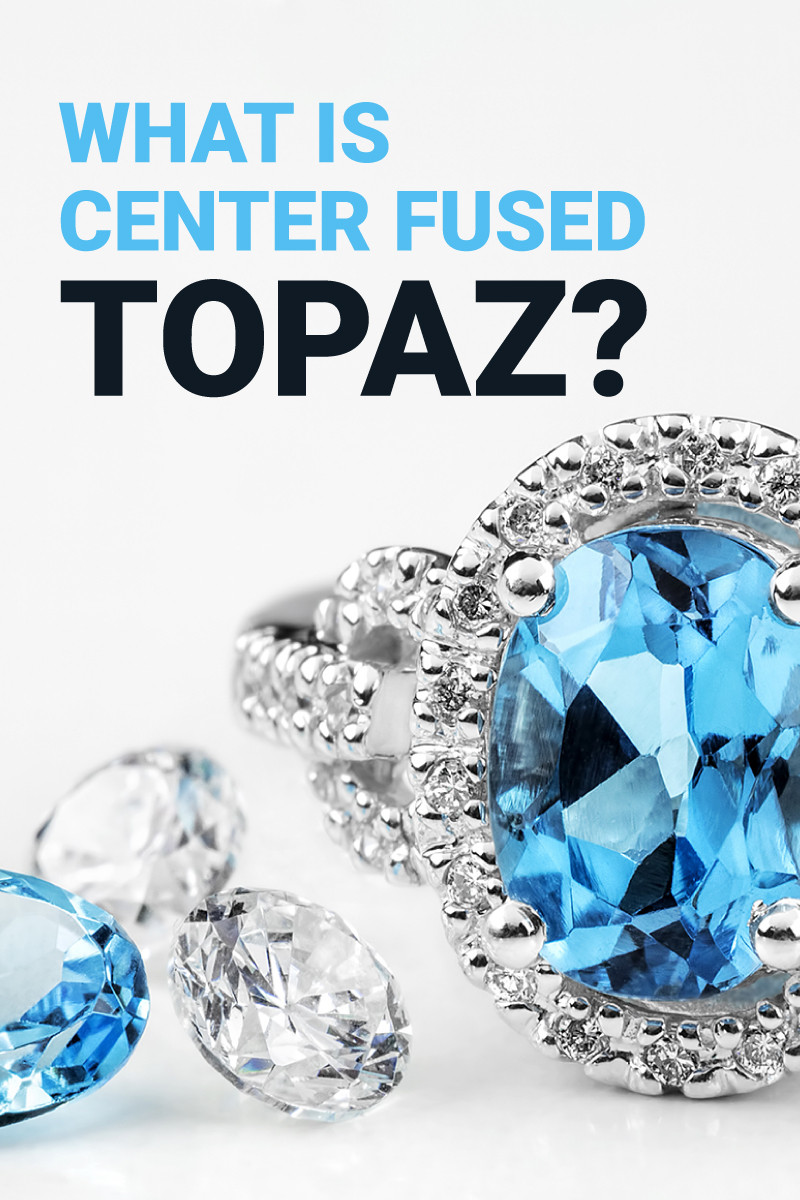 Center-fused topaz is an enhancement process that transforms a colorless gem into a beautifully saturated, colorful jewel. Inclusions and the presence of minerals naturally color certain gemstones. Others, however, require a little finesse to give them a desirable color. You might be familiar with the standard process of heat-treating gemstones to saturate their color, as seen on gems like citrine, tourmaline, sapphires, and blue topaz.

In recent years, a new process called center-fused color treatment changed the game. Topaz is naturally golden brown, but you can find it in every color of the rainbow, thanks to color treatments. So, what is center-fused topaz? Keep reading to find out!

What Is Center-Fused Color Treatment?

There are two steps involved with center-fused color treatment:

After this 2-step process, the gemstone appears deeply saturated in color. Is center-fused color treatment better than heat enhancements? Many say yes, since surface treatments often scratch-off or degrade the surface of the stone over time.

Center-fused color treatment is a more thorough process for transforming a muted, lackluster gem into a bright, richly-colored gemstone.

While the process is effective, it isn’t without consequence. 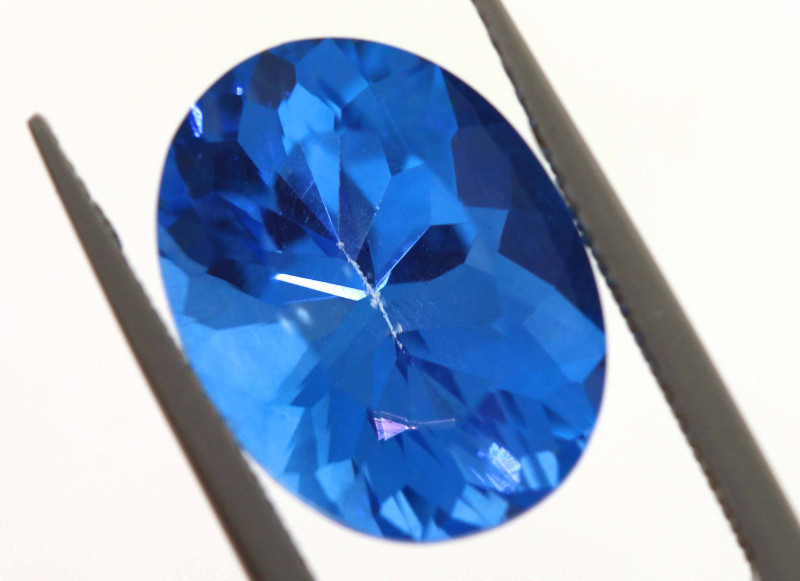 Does Center-Fusing a Gemstone Lower Its Value?

The most valued gemstones are either completely colorless, like diamonds, or naturally colored, like aquamarine or sapphires. Rather than wasting undesirable gems, jewelers and gemologists salvage these dull gems by color-treating them. Of course, any alterations or enhancements lower the value of the gemstone.

That doesn’t mean the gemstone isn’t worth buying, though! There are multiple benefits of buying color-treated gems, including:

The process is popular and widely used in the gemstone market. Let’s have a look at some of the beautiful gemstones receiving center-fused color treatment.

Classifying center-fused gems is a bit confusing since it’s not solely a heat-treatment process. There are multiple steps involved in center-fusing gems. As such, any gems undergoing this treatment will be classified as “assembled stones.”

So, which gems fall in this category? The truth is that many gemstones can receive center-fused color treatment, including:

Topaz is one of the most commonly treated gemstones because it benefits from color enhancements. In its natural state, topaz is golden brown. However, a quick scan of topaz gemstones will reveal a myriad of gorgeous colors. Since the process is widely used, how can you identify center-fused topaz?

How To Identify Center-Fused Topaz

The first indication of center-fused topaz is its coloring. As we mentioned, topaz comes in nearly every color. That makes it tricky to distinguish a blue topaz from say, an aquamarine accurately. Not surprisingly, blue topaz and aquamarine are commonly mistaken for one another. That’s because a simple glance isn’t going to yield any major information about the gem’s origin, properties, or chemical composition.

If that’s the case, how can you identify center-fused topaz? The best way to approach this is to look at specific qualities of the gemstone. Let’s examine.

The gemologist or jeweler you purchase from is responsible for providing you with the gem’s origin and source. Without these details, you are shopping blind. Any reputable seller will be happy to provide you with as many details about the gemstone as possible. When in doubt, ask. If you can’t get adequate information, shop elsewhere.

It’s not always easy to identify center-fused topaz by its inclusions, but there are some tricks. To the naked eye, you may not notice any significant inclusions. However, magnification under a microscope will reveal the gem’s natural inclusions. Most often, gem-fused topaz comes from clean rough specimens, which won’t show large inclusions.

That said, if you use 10x loupe magnification, you’ll see fingerprint-like inclusions. Rather than look through the crown of the gem, flip it on its side to examine the girdle. Watch how the light enters through the girdle, where the inclusions will remain parallel. The fingerprint-like inclusions are a cluster of tiny bubbles beneath the layer of coloring. If you see these bubbles under magnification, it indicates that the natural gem is assembled, not synthetic. 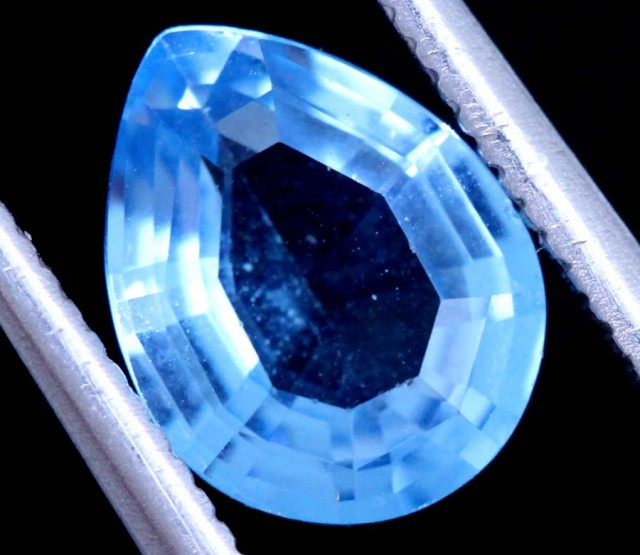 At first glance, center-fused topaz seems a bit confusing. However, as you research the process and features of center-fused gems, you’re better equipped to identify them successfully. The process was invented by a Sri Lankan lab called Sithy Gems and Lapidary in 2004. The method is stable, effective, and more reliable than diffusion heat treatment. The most crucial factor is the final result, and color-fused topaz looks striking. 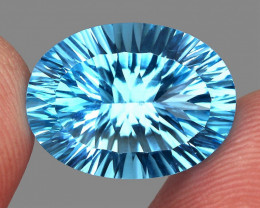 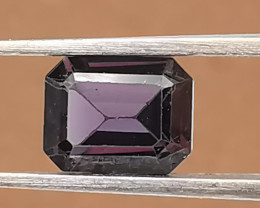 Spinel, 1.64ct, pretty gemstone that looks for a buyer! 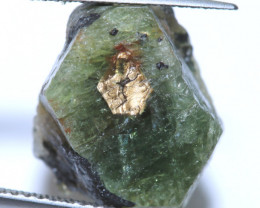 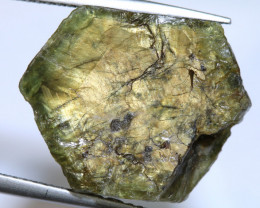