Spessartite Garnet is a member of the Isomophorous series of Garnets. All garnets belong to the Garnet group of minerals which is split in to two main groups. Spessartine varies in color from deep orange red to bright Fanta or Mandarin Orange. 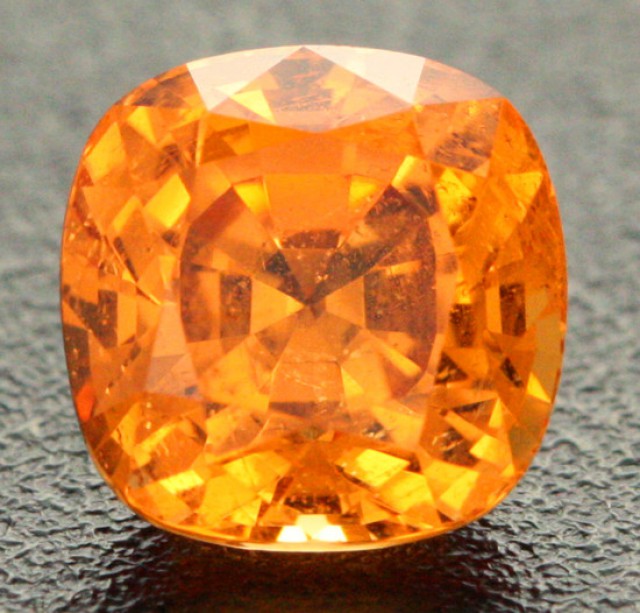 Spessartine is becoming more highly prized for the sheer intensity, brilliance and beauty of the bright oranges and reds. The best Spessartines at the moment are coming from Namibia. Spessartine is a heavy stone with a high Specific Gravity. 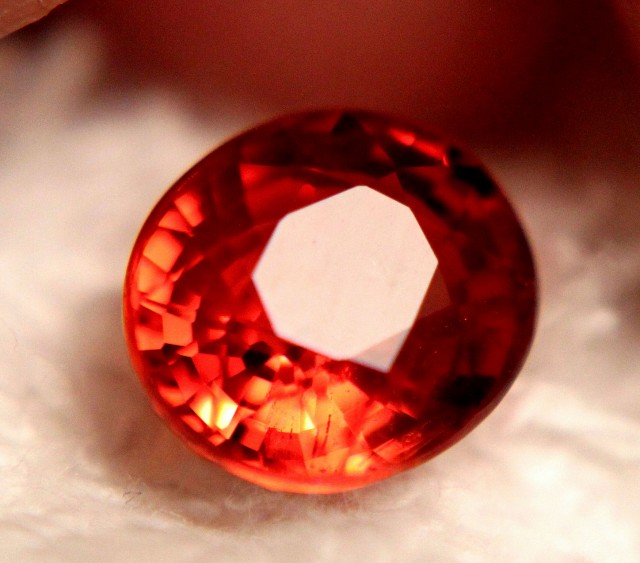 *Spessartine Garnets are mostly over the RI of the contact liquid used.

All Garnet Crystalizes in the Cubic system. With the highest symmetry, crystals can take the form of cube, octahedron or pentagonal dodecahedron (say it backwards!) spherical crystals also exist. 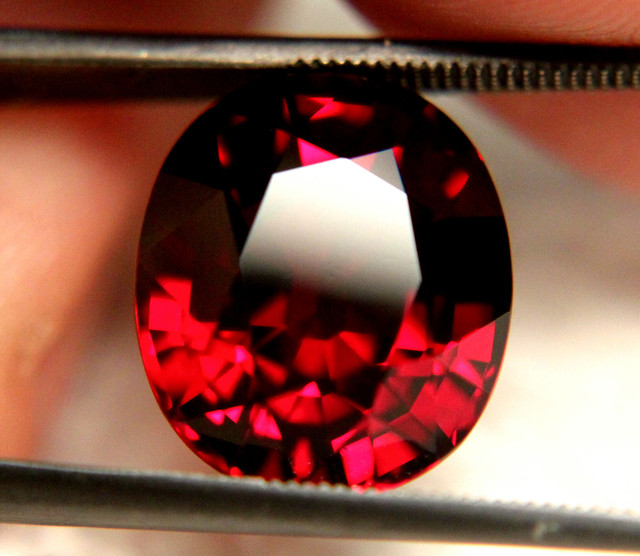 Look with a loop for wavy feathers consisting of liquid droplets – more often having a shredded appearance. Make sure you are not looking at a Hessonite Garnet.

As with all stones the 4C’s apply. Smaller stones of up to 2 carat are more easily available – color is the premium with this gemstone. Stones of 4 or 5 carat upwards that are clean are highly prized. Larger stones do exist but it is hard find them free of inclusions. I own a large Spessartine which is Fire Engine Red with loads of inclusions and I think it is more beautiful than a clean stone. Fire Engine Reds and The Fanta/Mandarin oranges are the best.

Spessartine is not heated or treated. Similar stones are Mexican Fire opal, Zircon, Songea Sapphire, Hessonite Garnet and orange Tourmaline. This stone is a good investment if you get the right one. It is untreated as opposed to Songea Sapphire. We have noticed many Hessonites wrongly called Spessartines. 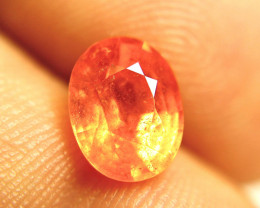 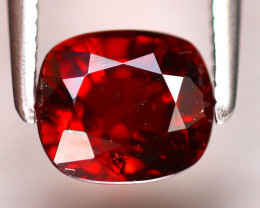 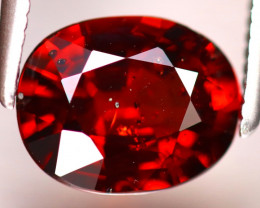 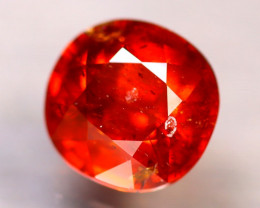