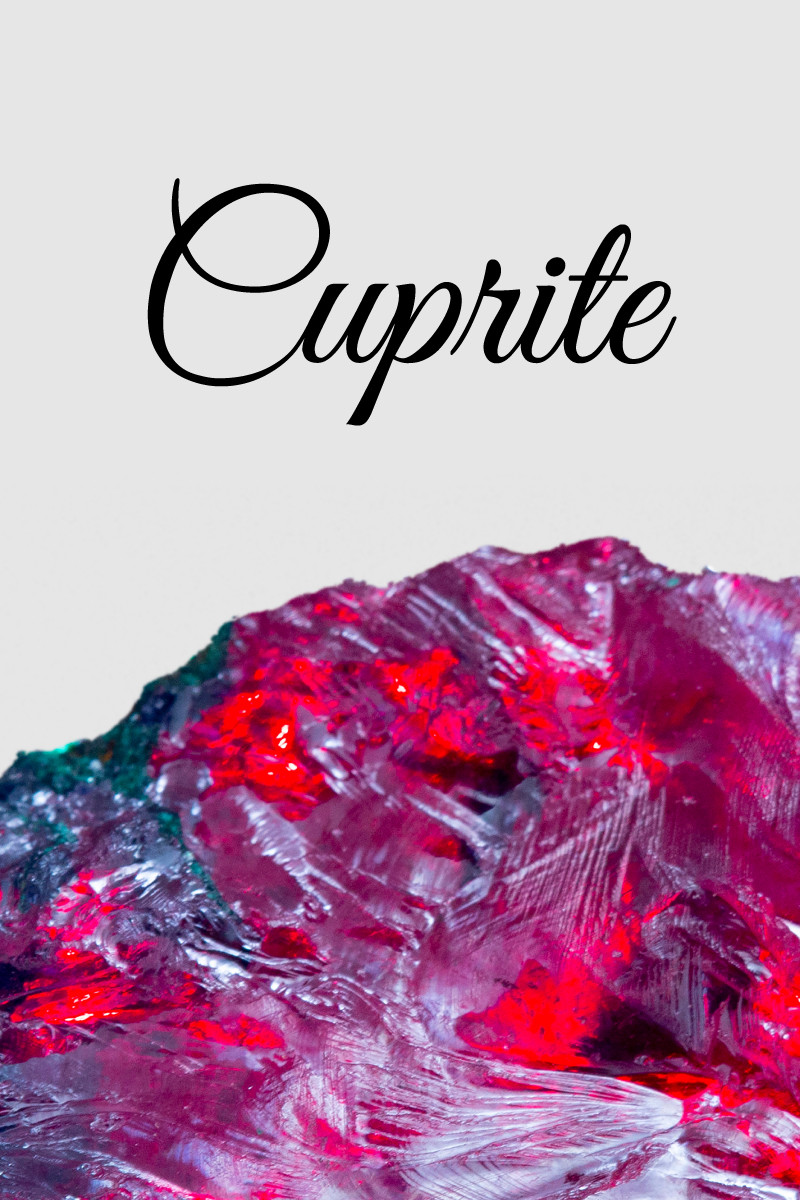 Cuprite is a red copper mineral found all over the world. Is cuprite a gem? Yep! Cuprite is also used as a gemstone in jewelry and decor.

The stone’s coloring can resemble garnet or ruby and its brilliant sparkle exceeds that of diamond. These qualities make cuprite a necessary addition to any collection.

Gem-quality cuprite is also very rare, making it even more desirable for collectors or enthusiasts.

Interested in browsing some cuprite gemstones for sale? This guide will tell you everything you need to know about cuprite, from its properties and prices to healing powers and history. 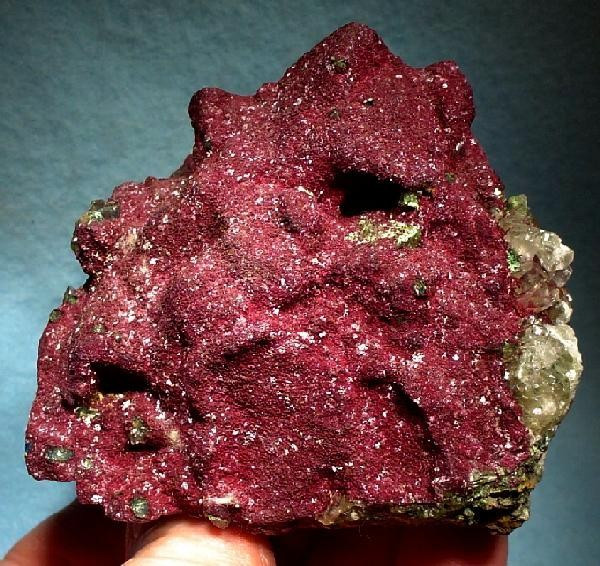 What Is A Cuprite Stone?

Astrologically, cuprite is a zodiac stone for the earth signs — Taurus, Virgo, and Capricorn. It also resonates with the number 2 in numerology.

Outside of gemstones, what is cuprite used for?

Though once a source of copper, the most significant cuprite uses have been for dyeing or coloring purposes to create red glass.

First, is cuprite a copper? In the sense that it’s a copper mineral, yes, but it isn’t solely copper. Rather, it’s a copper oxide. The cuprite formula is Cu2O.

After cuprite forms, it may pseudomorph (alter into a new mineral but with the same crystal shape) into malachite. Malachite is a green copper carbonate hydroxide with the formula Cu2CO3(OH)2.

One key identification method is a streak test. With a raw specimen and a streak plate, you can firmly scrape an inconspicuous area of the stone to see what color powder it produces (its streak). A true cuprite streak will be a metallic brownish-red.

Cuprite also ranks very low on the Mohs mineral hardness scale, meaning most minerals will scratch it. Being metallic, it’s also dense, so it’ll feel heavier than other stones with the same dimensions.

The form cuprite takes may be octahedral, cubic, or dodecahedral, though the latter is the rarest. Penetration twinning is also common, where a crystal grows and diverges in two different directions, creating a “twin” crystal. The mineral shape varies, however, which we’ll cover more next.

For now, here are the remaining mineral properties of cuprite:

A few of the crystal habits of cuprite constitute different varieties of the stone.

Some cuprite mixtures or variants (too similar to be considered varieties, but distinct enough to warrant separate names) are:

Chalcotrichite is perhaps the most well-known variant. The name comes from the German chalkotrichit, derived from Greek terms for “copper” and “hair.”

You may see the matted growths on top of calcite crystals. 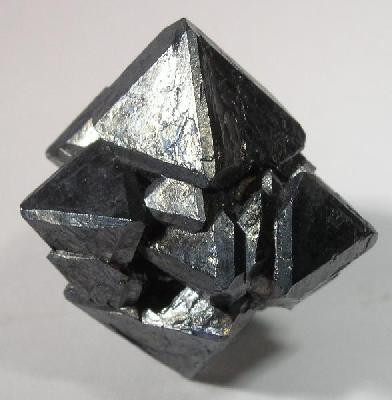 Within metaphysical practices, cuprite belongs to the earth element. Different interpretations take this to mean cuprite is associated with Mother Earth and shamanism. In the ancient energy balancing art of Feng Shui, earth stones tie to security, intellect, and family.

Before Haidinger chose the name that stuck, former names for cuprite included:

Uses for cuprite go back thousands of years. Archeological records show that cuprite has been used to give glass a red color, creating the product called ruby glass, since the 2,000 to 1,000 BC.

Shifting to the modern era, cuprite has become exceedingly rare. The best gem-quality specimens came from Namibia in the 1970s.

The color and energies within a gemstone can influence its ability as a healing stone. Cuprite gemstones are red, evoking benefits of red gemstones like boosting motivation, energy, and passion.

The majority of cuprite isn’t gem-quality and may possess a blackish hue. Like other black gemstones, these crystals offer greater commitment to spiritual practice, higher knowledge, and protection from malevolent forces.

But what about the physical, emotional, and chakra healing properties of cuprite?

Some purported benefits of cuprite include treating:

Like its spiritual meaning and associations, cuprite’s physical properties revolve around increasing physical energy and stamina. The stone is believed to promote longevity and physical health overall.

On the emotional side, cuprite is said to do wonders for the brain. It’s believed to make you more analytical, intelligent, and creative.

The cuprite crystal can also dispel melancholy, bring calm during emotional hardship, and help you overcome irrational anxieties by nourishing your spirit with feelings of support and safety.

Balancing chakras is an ancient art of identifying negative symptoms, figuring out which chakra (energy center) the symptoms are tied to, and opening the chakra to resolve the symptoms.

Cuprite is a chakra stone for the root (or base) chakra, which governs fundamental needs like security, grounding, and connection. When it’s blocked, you sense danger at all times or may even feel yourself drifting from reality. Using cuprite, you can open the chakra to ground yourself and feel connected to family or loved ones.

On the gemstone side of things, how does cuprite get graded? 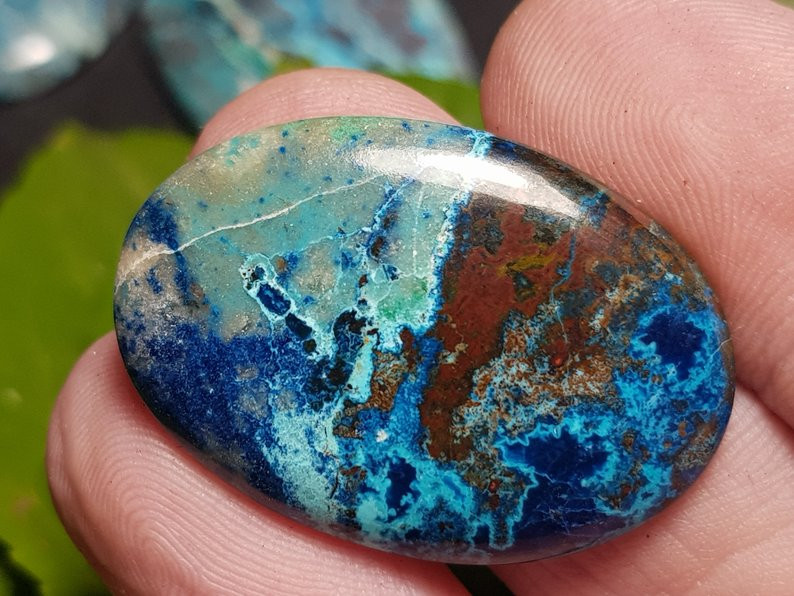 Cuprite’s value depends on where each individual stone falls based on the categories of color, cut, and size.

The best color is unarguably the signature cuprite ruby red hue. Not only is this tone beautiful, it’s also rare to find gem-quality cuprites with this coloring.

The cause of cuprite’s color is in its copper composition — the same cause behind the color of azurite and malachite.

However, cuprite can also be different shades of red and even near black. These hues are less valuable.

Cutting cuprite into faceted shapes is best for bringing out its lush coloring, high refractive index, metallic luster, and stunning brilliance. A well-cut cuprite will be highly valuable. That said, a poorly executed faceted cut will often mean a dull, dark-colored stone with lower value.

Most often, you’ll see cuprite for sale when it’s mixed as an inclusion in other stones, cuprite azurite or cuprite chrysocolla. Less often, these other stones are found as inclusions in cuprite.

Part of cuprite’s rarity derives from the fact that the majority of its crystals are simply too tiny for gems. However, one Namibian deposit (in Onganja) has produced gem-quality crystals large enough for faceting, making cuprite from these sources valuable.

Speaking of its sources, how does cuprite form? And where does it come from?

Where is cuprite stone found? The largest gem-quality culprite crystals come from Namibia. Additional sources of cuprite include:

Of course, the most important question to most buyers is: how much does a cuprite stone cost? 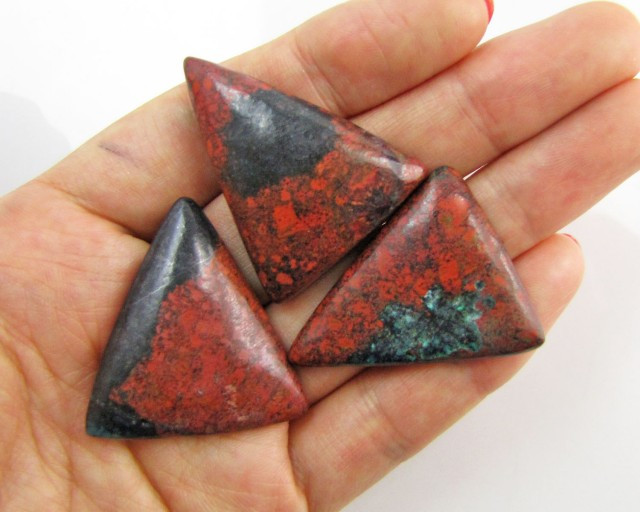 The cuprite price for faceted gemstones is $40-$200 per carat.

Most cabochons are azurite cuprite, malachite cuprite, or chrysocolla cuprite. These stones go for around $50 to $200 each at wholesale. Chrysocolla and cuprite mixtures are sometimes sold as “Sonora Sunrise” or “Sonora Sunset.”

Cuprite rough has more broad pricing, starting around $5 to $10 and reaching upwards of $200.

Before we discuss gemstone care, let’s first discuss taking care of your own health. Given its copper content, you may wonder: is cuprite toxic? It can be. Cuprite dust or fibers are dangerous to inhale, potentially causing vomiting and even kidney or liver damage with repeated exposure.

However, cuprite dust is mainly a concern for gemstone cutters or anyone handling rough specimens. Polished specimens are safe to handle.

Onto gemstone care, the first step is choosing the right cuprite. Its softness makes it vulnerable, so we recommend opting for less vulnerable pendants or earrings rather than a cuprite ring.

Regardless of which you choose, opt for jewelry with protective settings to ensure the best protection from scratches or breakage.

You can clean polished or faceted cuprite with mild soap and lukewarm water. Once you’ve rinsed any excess soap residue, use a soft, dust-free, microfiber cloth to dry the stone. Don’t use harsh household cleaning products, chemicals, or mechanical/ultrasonic cleaners.

It’s best to store cuprite stones and jewelry in a dark, enclosed space away from other gemstones.

Cultivate Your Collection with a Cuprite Stone!

Gem collectors may know more about cuprite than the average buyer, but that makes the stone more elusive and fascinating. Its sparkling brilliance combined with a metallic luster and magical red hues are perfect for keeping your spirit, and spiritedness, vibrant and alive! 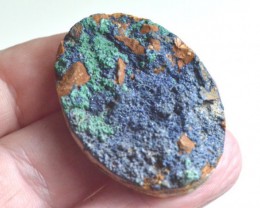 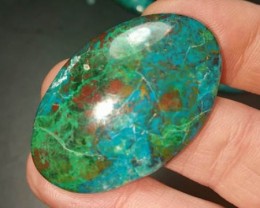 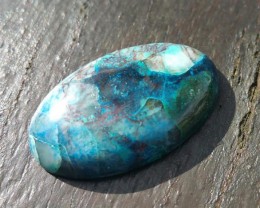 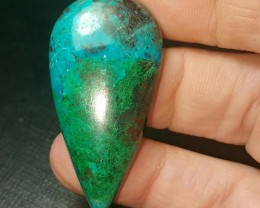