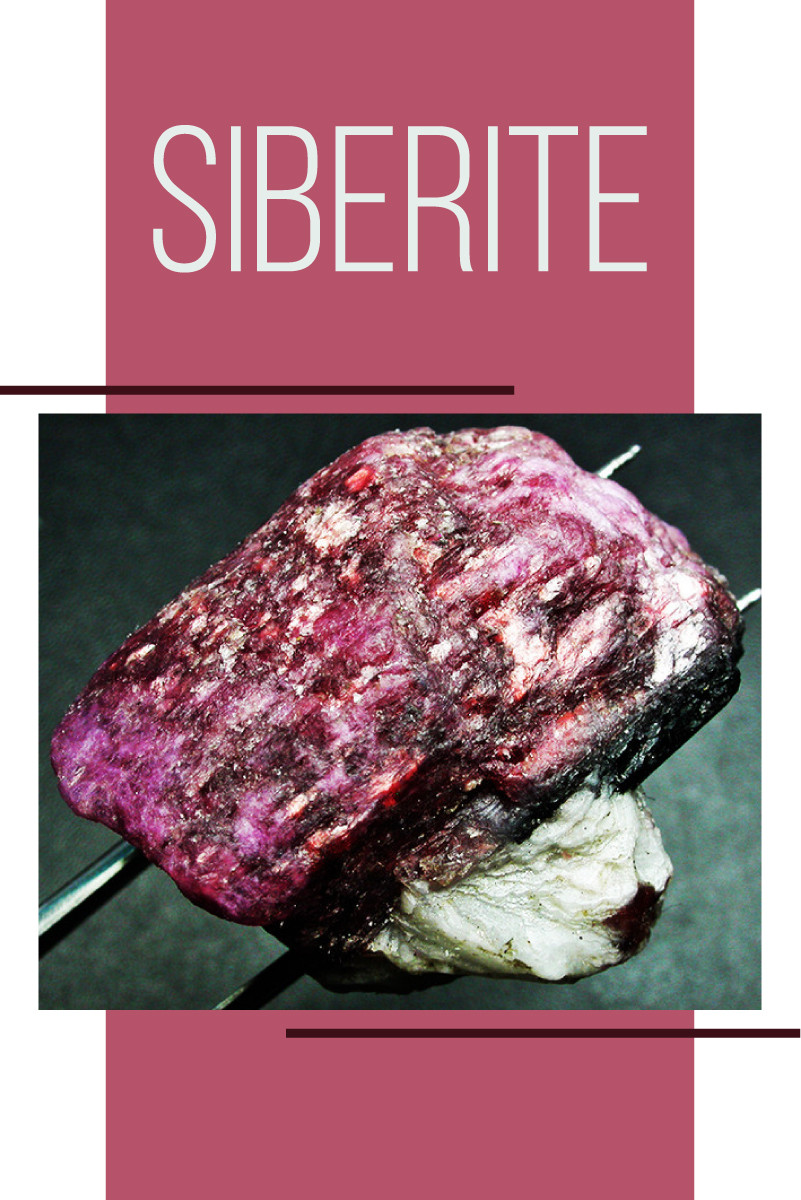 Siberite is a violet, blue, or red tourmaline gemstone variety. Most people are more familiar with varieties like Paraíba tourmaline or watermelon tourmaline, while siberite tourmaline is not as well-known.

Wait, what is tourmaline in the first place? Tourmaline is a broad family of gems often credited with being the world’s most colorful mineral group (though some may argue this honor goes to fluorite).

Black is the most common tourmaline color, but what is the rarest color of tourmaline? The rarest tourmaline variety is Paraíba tourmaline, but color-changing specimens along with pure yellow, orange, blue, red, or purple tourmalines are also rare. 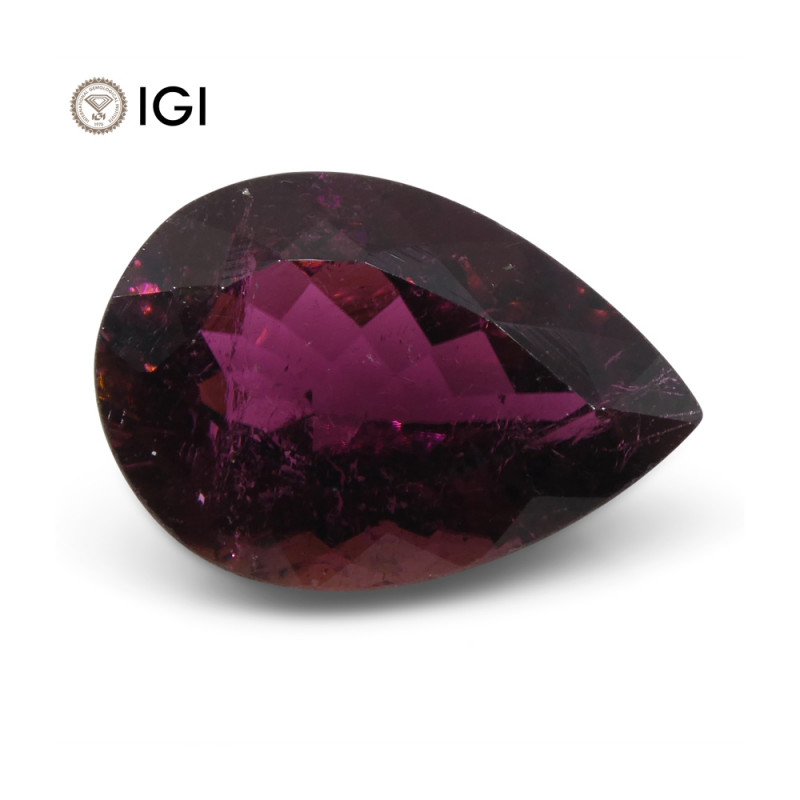 Siberite tourmaline is a semi-precious gemstone often called “purple tourmaline,” though its color commonly leans toward reddish-violet or violet-red.

As a tourmaline variety, siberite is an October birthstone, Venus star stone, and traditional 8th wedding anniversary gem. Although tourmaline is a zodiac stone for Libras, purple gemstones like siberite also reflect the power color of Sagittarius.

Natives of Maine, USA, can also honor their heritage with tourmaline, as it’s been the official state mineral since 1977. 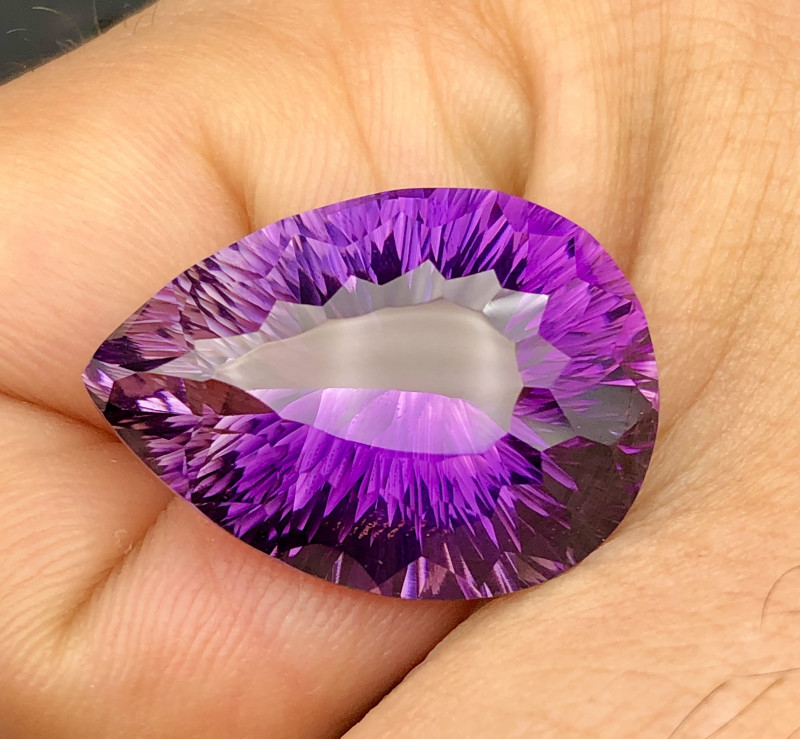 At first glance, you may confuse siberite for amethyst. But the stones are entirely distinct. Here are the differences between the two:

The tourmaline mineral group is complex, with various sub-groups and more than 30 varieties. That said, there are three important tourmaline species to know: schorl, dravite, and elbaite.

Some gemologists also consider the liddicoatite tourmaline species important. Liddicoatite was formerly considered a type of elbaite until 1977 — the only difference between them is that liddicoatite has calcium substituting for sodium. It’s a rare species known for being commonly color-zoned.

Some gemologists consider siberite a subtype of rubellite, which is a pinkish-red, red, or purplish-red variety.

Elbaite tourmalines like siberite usually form as or prismatic crystals with 3, 6, 9, or 12 sides. They can also form as acicular (needle-like) or rounded crystals with a triangular cross-section. Other habits include column-like, botryoidal (resembling a grape cluster), or radiating aggregates, along with compact masses.

Some rare siberite crystals may have rhombohedral terminations.

With the mineralogy covered, let’s shift into the metaphysical side as we examine siberite tourmaline’s meaning. 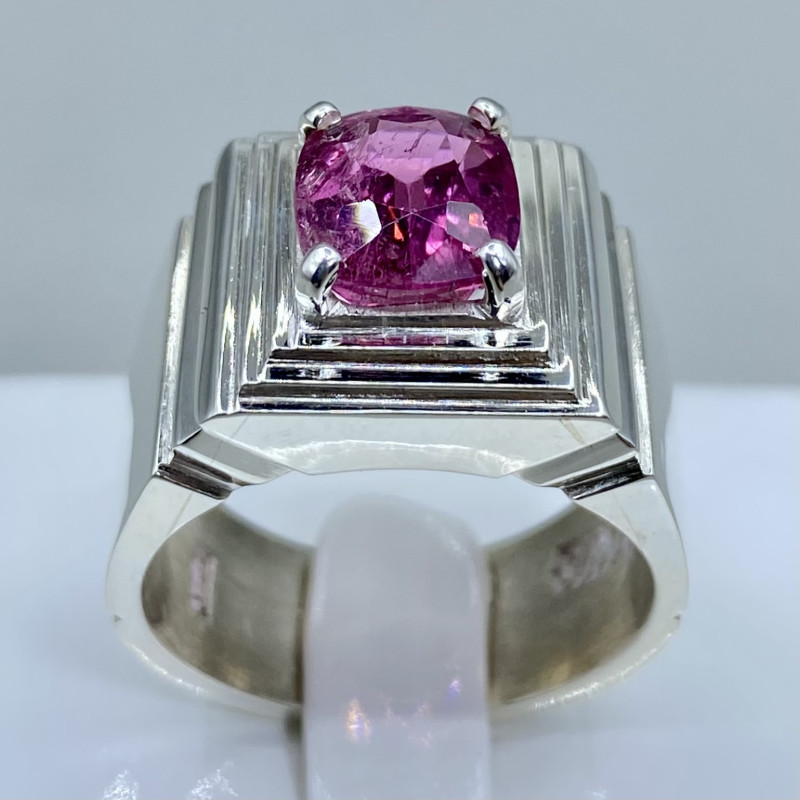 What do the different colors of tourmaline mean?

The purple tourmaline crystal meaning is one of divine wisdom, spirituality, and self-control.

In Feng Shui, the ancient art of balancing energy flow through the thoughtful arrangement of your surroundings, tourmaline is beneficial for balancing yin and yang energies. Practitioners also use tourmaline for creating an energy shield to block out negativity.

The first record of tourmaline’s discovery was when Spanish conquistador Francisco Spinoza found green tourmalines in Brazil in 1554, initially mistaking them for emerald. However, Dutch merchants likely started trading black tourmalines around the 1400s, using their magnetic properties to get ash out of their pipes.

The first discovery of siberite is unclear, but the original specimens analyzed came from Siberia, specifically Mount Soktuj. There are illustrations of Siberian siberite specimens by Jean-Gabriel Caquet dated around 1800.

The name “siberite” derives from the French sibérite, meaning “stone from Siberia.” Some define siberite as rubellite from Siberia. 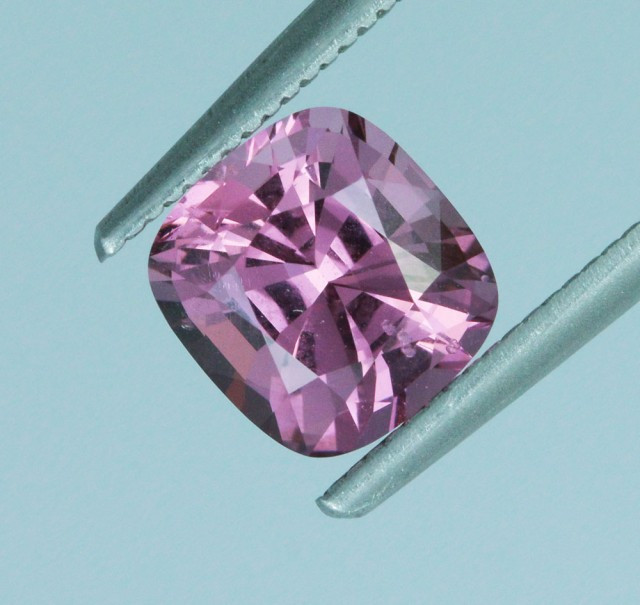 Like all tourmalines and all gemstones overall, siberite can be used as a healing stone. Purple siberite joins other purple gemstones in bringing greater spiritual wisdom and intuition. Redder siberite specimens, like other red gemstones, offer motivation and energy.

Crystal healers recommend siberite for treating or helping with:

The crystal is also said to balance the left and right brain hemispheres and strengthen bones.

Emotionally, siberite is believed to bring its wearer serenity, grounding, and relaxation. Crystal healers recommend the stone for helping you let go of emotional attachments that aren’t beneficial to your well-being.

Additionally, siberite is said to help you recover from heartbreak, trauma, or grief. It may also help calm irritability and improve meditation.

Chakra healing involves resolving blockages of energy flow among your chakras (energy centers) to bring the entire system back into harmony. Siberite is a chakra stone for the third eye chakra, located in the center of your forehead.

The third eye chakra governs spiritual awareness, intuition, and understanding of the world. If you feel stuck in your thoughts or disconnected, your third eye may be blocked. Opening it with siberite will help you access greater spiritual wisdom. 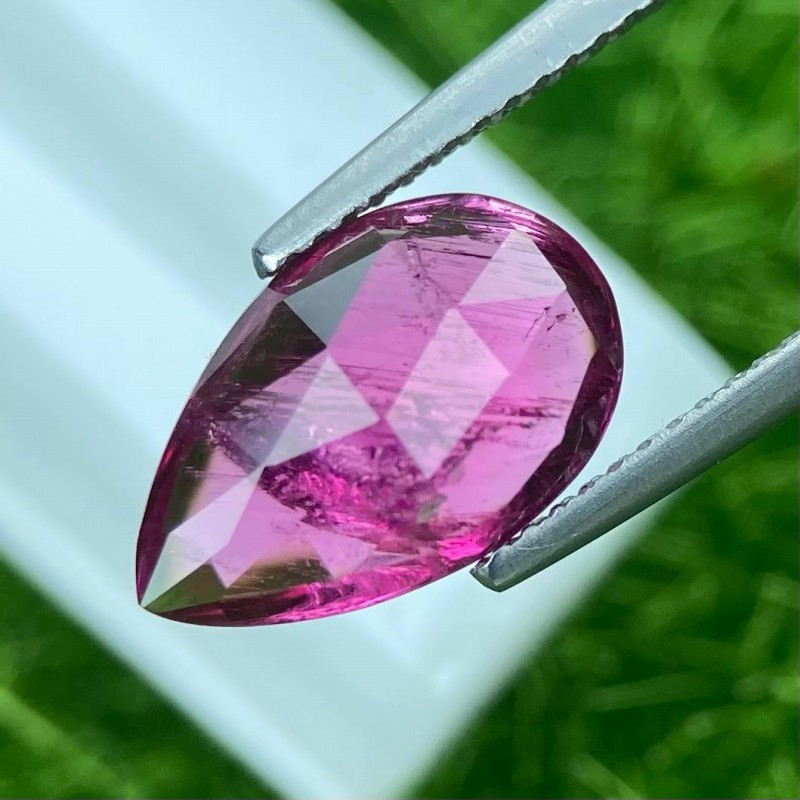 Siberite’s value as a gemstone is determined by its color, cut, and clarity.

Because tourmaline lacks cleavage and has pretty good hardness, virtually any faceted cut is possible for siberite. Strongly dichroic gems like siberite should be cut with the table parallel to the axis to display this effect best.

Faceted siberites will carry the highest value. Lower-quality siberite specimens will usually be cut as cabochons or sold uncut as rough specimens.

Some potential tourmaline inclusions are:

Some siberites also have “floater” crystal inclusions inside. Generally, visible inclusions will lower the gemstone’s value.

Inclusions get inside a gem during its formation. Speaking of which, how does siberite form? 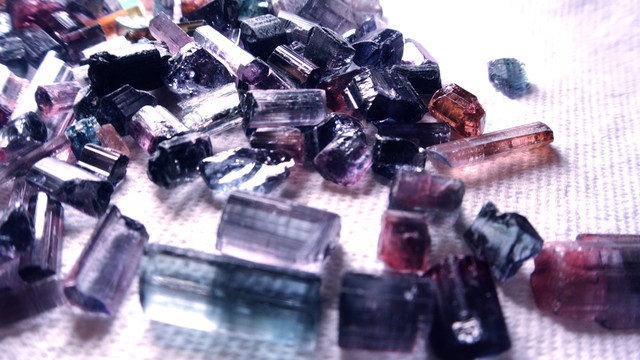 Tourmaline crystals like siberite grow underground in igneous rocks called pegmatites. As magma heats groundwater, other minerals dissolve into the water and the solution fills crevices underground. Gradually, this solution cools and crystallizes into tourmaline.

Unlike most gems, tourmaline can grow into 3-sided prisms. Plus, some tourmalines are hemimorphic, meaning the crystal’s top and bottom are shaped differently.

Where does purple tourmaline come from? The best sources for siberite are Namibia and Russia, specifically Siberia. Other sources include Nigeria and Brazil. 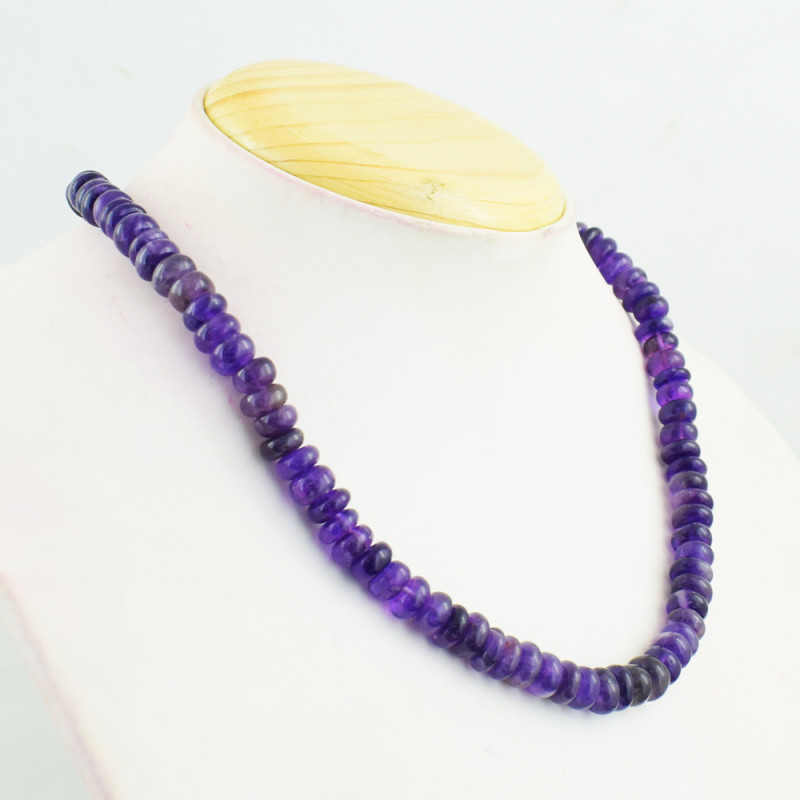 Siberite prices aren’t as affordable as black tourmaline, but they’re not as pricey as Paraiba tourmaline.

Rough siberite specimens are almost always under $1 per carat, or around $20 to $50 each.

Luckily, gemstone care for siberite is pretty straightforward. The stone doesn’t have cleavage planes that break easily and it has decent hardness. You may want protective settings for siberite rings, though.

You can clean siberite with a soft toothbrush, lukewarm water, and mild soap. These crystals can sometimes be heat-sensitive, so keep them away from extreme heat and don’t store them in direct sunlight. 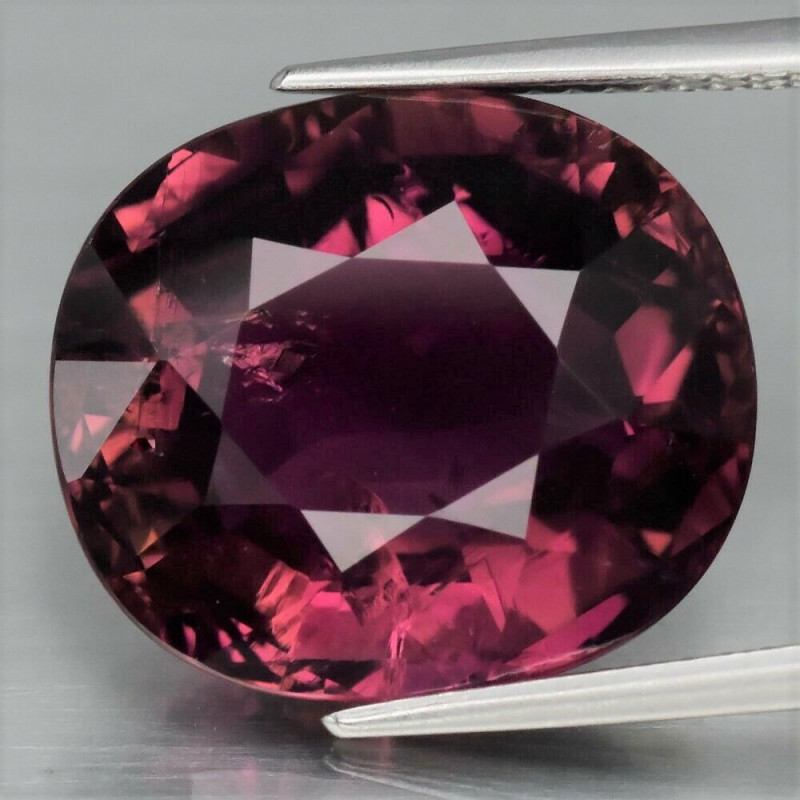 Ready to Soar with Siberite?

Siberite may not be the most well-known tourmaline variety, but it’s no less beautiful than any other tourmaline. Its calming and awareness-improving properties make it a perfect companion for anyone seeking these benefits — or for anyone who loves gorgeous purple gems! 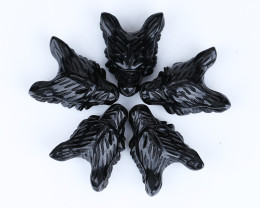